13 Uruguayan Bands You Need to Know 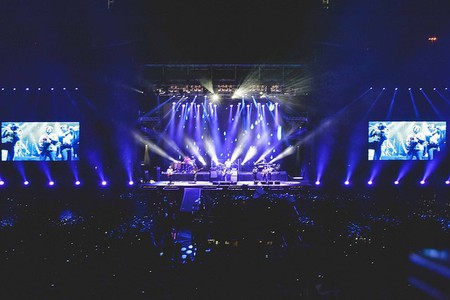 Music is profoundly important to Uruguayan culture. Several distinctive genres have taken root and influenced this small country over the years, such as tango, candombe, milonga, murga, cumbia, reggaeton, canto, and Uruguayan rock. Today some genres are more popular than others, but all have been important in the formation of Uruguay’s mentality and each has its place in modern society. Here is a list of some of the most relevant bands and artists in Uruguay right now.

With a tongue-in-cheek nod to the wave of ‘tropical’ music like reggaeton and cumbia, Campo have defined their music as ‘subtropical’, referring to their geographical location and their novel mixture of the music styles. Campo play a wonderful fusion of indie-Britpop, cumbia, disco, and rock that is most prominent in their eponymous album, with lyrics flitting effortlessly between English and Spanish. This band should be on every music-lover’s radar.

Jaime Roos is a classic figure of Uruguayan music, known for bringing elements of rock, candombe, milonga, tango, and murga together in his music. He released albums throughout the 70s, 80s, and 90s that drew from each of these genres at different times. ‘Amor Profundo’ is a rock ballad with a rhythmic candombe beat and a murga choir that is powerful and sentimental, while ‘Viviendo’ begins as a soft acoustic piece, it soon evolves into a a lively jazz-synth solo that wouldn’t be out of place in a song by The Doors.

This band from the 60s were one of the pioneers of the genre that would later become ‘candombe beat’. They added electronic instruments to the popular and traditional Afro-Uruguayan candombe, which is typically played at Carnival, and then they tinkered with it by adding voices and new percussion styles. Their use of superimposed simple structures from their various instruments was revolutionary at the time.

Meaning ‘You’re not going to like this’, No Te Va Gustar are a very popular band throughout Latin America. This is not your average rock band; though it channels classic Uruguayan rock, there are hints of reggae, funk, and murga in their music. Their use of drums, bass, and trumpets is lively and refreshing.

As one of the biggest modern Uruguayan bands, La Vela Puerca are raw 90s rock energy. They have influences from punk, grunge, and ska, with catchy hooks and riffs that are sure to have you on your feet. They rose to fame after winning a local TV contest and have been nationally adored ever since.

This Uruguayan rock band captures life in the country like few other bands before them, fusing the Afro-Uruguayan street music of candombe with blues, psychedelic rock and a bit of post-punk. Their music evokes many emotions about the many sides of life in Uruguay.

Sante Les Amis style themselves as disco-punk, but they could just as easily be considered synth-pop. Their music creates a nostalgic atmosphere that is reminiscent of their home country while remaining something very unique. All of their songs conjure scenes that are happy and without a care in the world.

Señor Faraón is one of the artists that best captures the essence of Uruguay in his music. His unique blues and acoustic singer-songwriter style seem to represent the ever-present mysteries under Uruguay’s vast sky that roll beyond its hills and across the ocean into the horizon. He is an incredibly talented musician with profound lyrics that will leave you thinking for hours.

This jazz ensemble was formed when busking in the historic Old City district of Uruguay’s capital. With an intriguing use of double bass, milonga strings, and bouncing candombe beat, their style recalls gypsy jazz. There is a lot of sentiment between the bars of their string sections that it’s hard not to be moved. Check out the bizarre music video of ‘Milonga Japonesa’ for an adventure into their world.

This indie-rock band is named after a computer game franchise where players chase after Carmen, a criminal mastermind, all over the world and learn geography as they look for her. This band isn’t half as educational, but their music is pensive yet bright.

Ana is known for her dulcet Uruguayan folk that mixes milonga and tango into her singer-songwriter style. Ana’s recent work, ‘Soy Pecadora’ (I’m a Sinner) is a lovely lamentation that feels like an unbeliever’s confession. She is renowned for using her timeless vocals and acoustic guitar alongside modern electronic effects, like in the great song ‘Como Hace el Tero’.

Having taken his name from a short story by the writer of Catcher in the Rye, JD Salinger, this artist began his career by writing songs that felt like love affairs between Uruguayan folk and indie-rock. His most recent album furthers this connection: Desastres Naturales is similar to the British band Noah and the Whale.

Formed in Cabo Polonio, a small bohemian fishermen’s village on the east coast of the country, Onda Vaga is a group of singers bound by trumpets, strings, and candombe beat. They are known for their lively energy, good vibes, and upbeat spirit. Their song ‘Havana Affair’ is sung in English and has the traditional Uruguayan satire to it as they joke their way through the verses. Although the song is slow, like everything else on their Fuerte y Caliente album, it is great fun. This is a band who are fun to see live.