11 Things Every Exchange Student Should Know Before Coming to Uruguay 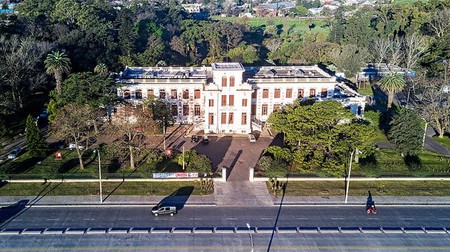 Uruguay’s capital, Montevideo, is a fantastic city for students because of its culture, scenic views, and vibrant lifestyle. There’s a large population of international students in the city taking advantage of the great university education on offer. Before your bags are packed there are some things you should know, continue reading for a few of the most important things to consider if you’re planning an exchange in Montevideo.

Unlike some cities, there aren’t very many student dominated neighborhoods where everybody congregates. Instead, exchange and international students have the option of living in a residency or you can organize with other prospective students to flat share. House sharing is the most popular option as you can live like a city local for what may be a once in a lifetime experience.

Where to live: Ciudad Vieja

There are several great neighborhoods to choose from in Montevideo and each has advantages and drawbacks. For example, if you want to live in the historic Old City district, the house prices are very high because you’re paying for the beauty around you. 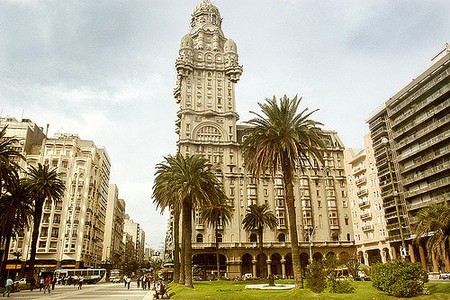 Where to live: Palermo and Parque Rodó

The neighborhoods of Palermo and Parque Rodo are ideal, boasting a big park, the beach, and a lively nightlife. However, bear in mind that these neighborhoods can get very noisy, there are people in the street at all hours of the night and during the day there are Candombe drum sessions so it can make it quite difficult to work. 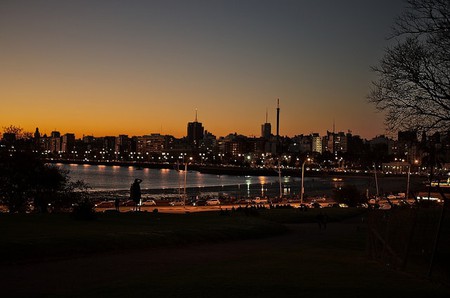 Where to live: City Center

The City Center is a perfect location for its proximity to amenities and most universities, but it is busy on the streets and the flats are typically smaller so it’s not so ideal if you need a lot of personal space.

Where to live: Pocitos

Another option is Pocitos, where the houses are gorgeous and there are restaurants, shops, and bars down every street. This neighborhood would be perfect if it wasn’t extremely expensive and a relatively long commute. 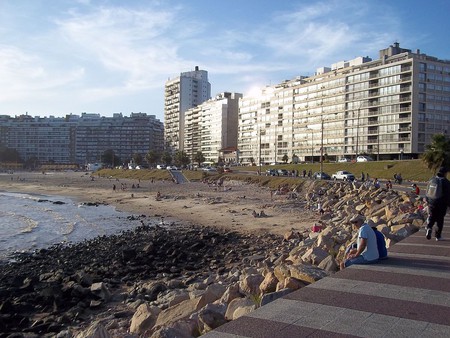 There are plenty of great malls, stores, and markets where you can find everything under the Uruguayan sun! For your weekly grocery shop it’s recommended that you buy your produce from one of the many city-wide markets, like Tristán Narvaja, where they will be cheap and fresh. There are bakeries selling cheap bread on every street corner and almost as many butchers. The supermarket chains here are expensive but Disco has a great selection and variety of produce and Frigo is a meat specialist.

Although it sounds illogical, you’ll often get a better deal exchanging your currency to dollars and then to Uruguayan pesos. Also, many foreign money changers don’t stock Uruguayan currency so your best bet is exchanging your dollars here in one big go. However, carrying vast quantities of cash around is problematic for obvious reasons, so you’re best advised setting up a bank account while you’re here. It doesn’t take very long and all you need is your passport, documents from the university, and address information.

Also, it’s important to know that if you have a certain type of debit card, eg. from the National Bank, you can only take money out from their designated cash machines unless you want to incur a fee.

Uruguayans love complaining about their public transport system, but it isn’t too bad despite the fact that the trains and trams services are not running anymore. A bus journey costs roughly a dollar a trip and most areas in Montevideo are well connected. There are a few apps that allow you to see the times and routes to help you plan your journey. It is recommended that you purchase an electronic bus card from an ‘Abitab’. These allow you to buy journeys, such as unlimited rides for an hour, cheaper than buying a single ticket.

Though you’ll be tempted to spend the entire time in Montevideo because it’s so exciting and there’s always something to see and do, you should absolutely take a step off the beaten track and check out some of the lesser known regions of the country. In all probability, you will visit Punta del Este or one of the other amazing coastal beaches at least once during your time here, but why not rent a house in the countryside with some friends and get to know Salto, Lavalleja, or Colonia? Rocha and Maldonado are classic world class tourist destinations as well, that you’ll never forgive yourself for missing the opportunity of visiting. 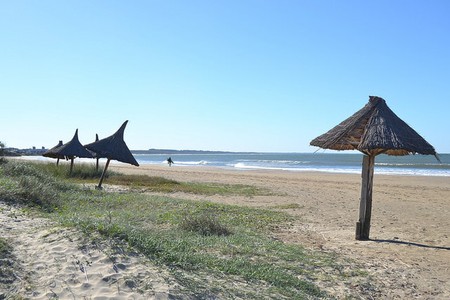 There are a couple of organizations that arrange parties, meetings, and support for international and exchange students. One of these is MIS, but there are many within every university which will make sure that every student feels welcome. You should participate in a couple of events so that you can meet some people in a similar situation to yourself and maybe you’ll even make some friends for life!

The most important thing is to practice Spanish!

Uruguay is a Spanish speaking country and almost every class taught in the universities is in Spanish, so make sure to brush up on your verb endings! Although many Uruguayans know a little English and they are known for being incredibly friendly, if you don’t try to speak they won’t be able to help you out.