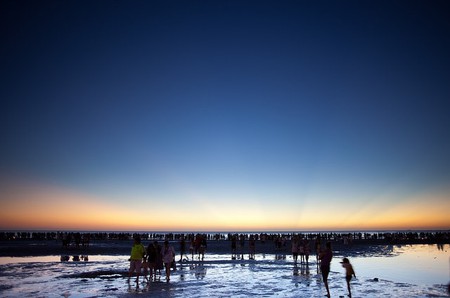 Every country has its own culture-specific traditions that may seem weird to the rest of the world. Uruguay’s specialty on that front is its crazy festivals involving religion, plenty of food, music, and folklore. Learn all about how they are celebrated and how they originated, some dating back to the Colonialist period and their roots.

Every February 2, the Uruguayan followers of the Afro-Brazilian religion known as Candomblé gather at different beaches all over the country to celebrate Iemanjá, the goddess of the sea. Iemanjá is one of the main orishas, or divine deities, in this religion, and her special day brings thousands of followers and curious spectators together in dance, music, and other festivities. It is common to see the spiritual leaders blessing their followers and performing rituals and movements that look physically draining, as people venture into the sea. The offerings include flowers, food and scents, and are sent to the sea in little paper boats. 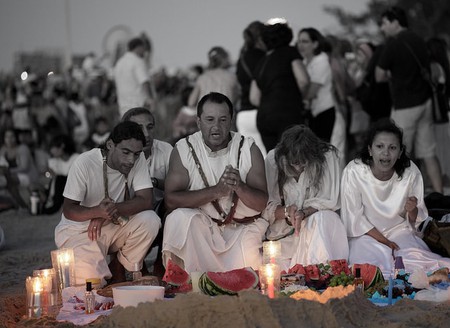 Carnival is celebrated all over the country and it’s one of the most fun festivals you can attend, wherever you choose to celebrate it. La Pedrera is a small coastal town in the east of the country, and celebrates Carnival in a very particular way. Throughout Carnival week, thousands of people gather on the streets to party all night. There’s a costume party on one of the nights and people celebrate by throwing water, drinks, and foam around.

This is a particular weekend that many locals enjoy rediscovering traditional culture and heritage. Throughout the weekend, museums, parks, churches and other spaces put together special shows, talks and activities for the public. Many buildings and art collections that are usually closed also open to the public so that people can have a chance to experience the otherwise inaccessible art and architecture. There are also activities for kids, like shows telling stories and folklore legends. 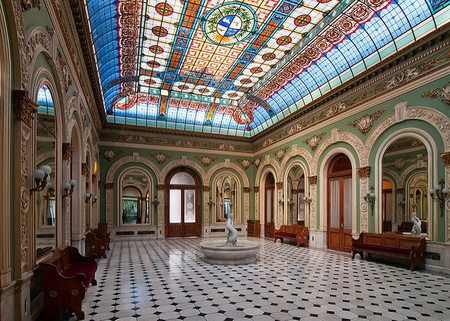 The inside of Palacio Santos, Montevideo | © Bicentenario Uruguay/Flickr

Every October, Uruguayans celebrate the National Milk Festival in Cardal, in the South of Florida Department. This area of the country is where milk is produced, and they celebrate each year’s production with this massive popular party. The festival includes shows, music and dancing, but is also very much focused on food. It starts with a big asado, where big pieces of beef are cooked on the grill so there is enough for everyone. The highlight of the festival is the dessert, arroz con leche, a traditional Uruguayan delicacy consisting of rice with milk is prepared in gigantic portions. The recipe, big enough for 6,000 people, includes 1,000 liters of milk, 150 kilos of rice, 200 kilos of sugar and four liters of vanilla. Imagine how big the bonfire used to cook it is. 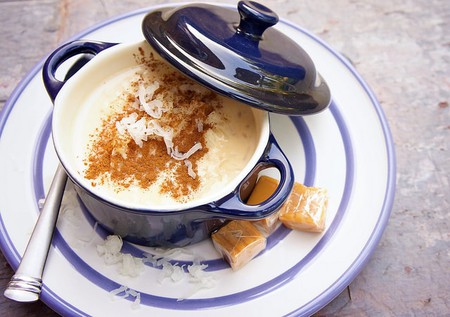 A lot of Uruguayans have some Spanish heritage, and many keep the traditions and customs that came along so many years ago. One that cannot be missed is the paella. This delicious dish is cooked all throughout the country, and has its own special celebration once a year. Piriápolis, a coastal city to the east of the country, cooks the biggest Uruguayan paella, right on the promenade by the coast, to the delight of locals and travelers. The show includes a paella cooker that is five meters in diameter, sprinkles distributing stock, chefs using rakes to stir the ingredients, and an actual construction digger to throw the 300 kilos of rice in the paellera. 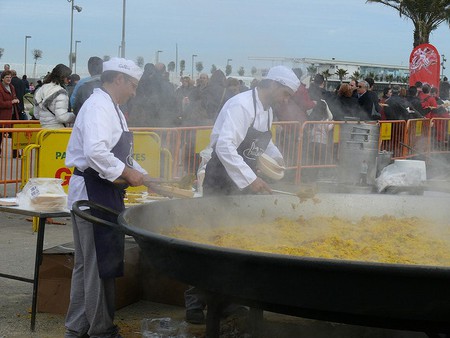 This impressive festival is set around 20 blocks of streets in the small town of La Floresta, near Montevideo. Music, theater, art, circus, gastronomy, a wine circuit, and other performances all add to the more than 40 shows that go on throughout the night. Neighbors turn off their lights to attend this full moon celebration, and buildings are illuminated in peculiar ways with a light show projected on the façades. There is so much to see and do in this diverse festival that the best bet is to arrive early to get ahead of the crowds. 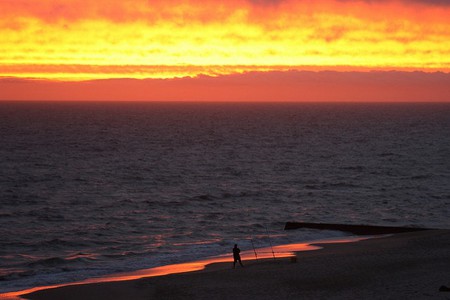 Jazz to the Streets

Every year, jazz literally takes to the streets in this festival celebrated in Mercedes, in the department of Soriano. Artists and neighbors started organizing this festival in 2007, and it is now renowned all over the country. Around 140 musicians travel here to perform in a free, outdoor jazz stage that brings together Uruguayans and tourists from all over. Walking along the street, you will also find musicians playing in improvised bands in different corners of the city. The idea is to bring the city alive with jazz music, and encourage people to not just concentrate in the one stage but to explore following the sounds of Mercedes. 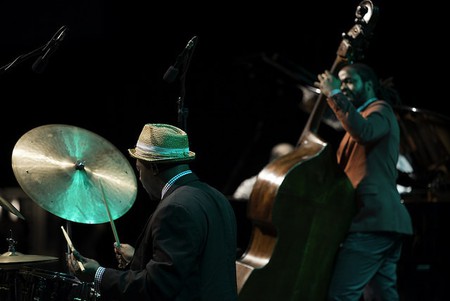 Beer Week in Paysandú is an established event that attracts thousands of attendees. It is characterized by a wide variety of music performances bringing together renowned local, national, and international musicians who play for around 19,000 people in an outdoor stage. There are also other diverse cultural, touristic and sports activities offered in the daytime, aimed toward adults and kids alike. A big artisan and gastronomic fair goes on, perfect to try traditional foods, and of course all the best national beers. There are places to stay in the city, at campsites, and near the thermal baths—perfect to relax and unwind after the celebrations. 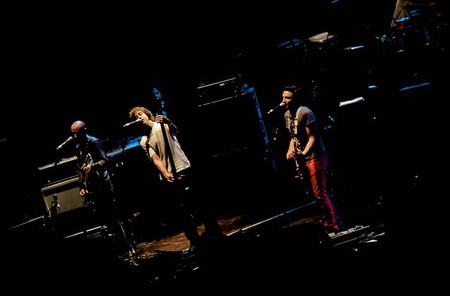 Black week refers to the Noir (“black”) genre in literature, film, photography, theater, and artistic interventions. It is basically a celebration to artistic creation in the genre of suspense. It goes on in two cultural sites in Montevideo, the Zorrilla Museum and the Spanish Cultural Center, which are worth visiting themselves because of their architecture and gardens. It is a free event that brings together writers, journalists, photographers, detectives, lawyers, and criminologists, to participate in talks, debates and workshops.

This is another Spanish custom that has also traveled to Uruguay to stay. It was actually selected by a Spanish publication as one of the best San Juan celebrations in the world. Multitudes of people gather in different parks and strategic points in the country to participate in the big bonfires characteristic of this celebration. People toss old things to the fire to symbolize moving on, and new beginnings. Music shows, performances by fire jugglers and a Spanish gastronomy fair and food trucks were added to the traditional bonfire. 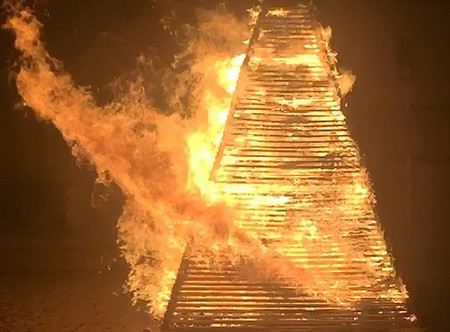 Many people laugh at this bizarre tradition that came about in 1978. There is a national holiday on August 25 because of Independence Day, and the night before is typically known as Nostalgic Night. For this night, nightclubs, bars and other locations organize a special party that is focused solely on old school hits. You can choose the kind of party you want to attend, as different ones focus on different decades, in either international or national music, or a mix of both. Be prepared to listen to your favorite hits by Michael Jackson, Queen, The Beatles, Barry Manilow, and the Bee Gees, followed by old cumbias that you won’t recognize some hours later.