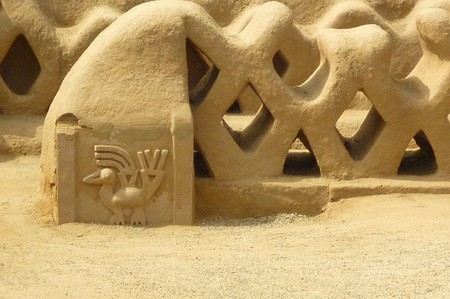 Archeologists often discover new evidence of how ancient cultures lived, but this most recent revelation is bigger than anyone ever imagined – at this Peruvian dig, archaeologists have unearthed the largest sacrificial burial site to be discovered in the Americas, belonging to the ancient Peruvian civilization known as the Chimú. The site is believed to be the remains of a massive sacrifice made during an enormous storm that often plagues the region: El Niño.

Archeologists pieced the story together from unique findings at the site, located near the city of Trujillo. They excavated the bones of about 140 children and 200 young llamas, which were likely offered to the gods in an attempt to relieve the storm and its floods. Sacrificial ceremonies such as this have always been an integral part of the ancient world (especially when the people were ravaged by unpredictable natural disasters), practised by cultures including the Mayans, Aztecs, and the Incas. 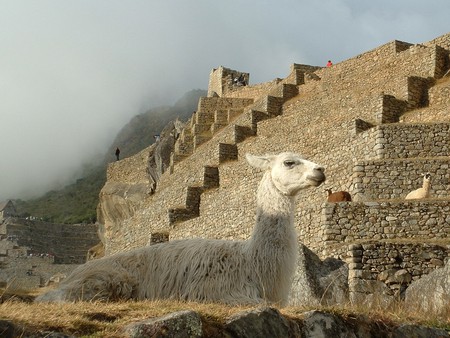 A unique aspect of Peruvian sacrifices is their use of the llama, which is now synonymous with Peru. Today, you can find their images emblazoned on souvenirs and you can even find them on the streets of Cusco, taking selfies with tourists. The fluffy camelids performed daily tasks such as ploughing fields and carrying heavy loads from city to city, similar to donkeys. Llamas were the most important animal for every civilization in ancient Peru and historians believe that only the most important and valued treasures could be offered in a sacrifice during such a dire tempest.

The ruins of the Chimú are scattered throughout the Trujillo area. Predating the great Inca empire, the civilization once ruled these northern desert lands of Peru. While you can’t visit the Las Llamas excavation site itself, the surrounding ruins are open to visitors.

Where to learn more about the Chimú

Chan Chan was once the largest city in the Americas and the largest adobe city in the world. It’s the Chimú’s grand creation and one of Peru’s most interesting ruins to visit. You can wander around a maze of towering adobe walls, through passageways, past intricately carved storerooms, and out into the main square where ceremonies would take place. 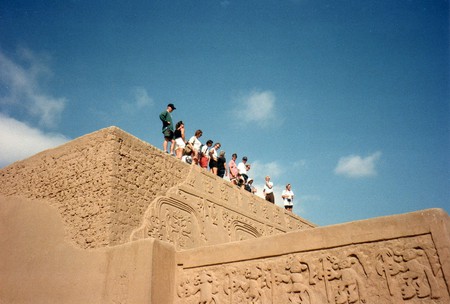 This town is famous for the caballitos de totora fishermen. These fishermen are decedents of the Chimú and continue to make their boats out of local reeds – a tradition that dates back 3,000 years. Today, you can still find the fishermen riding out into the ocean on these reed canoes, like a glimpse back into an ancient world. 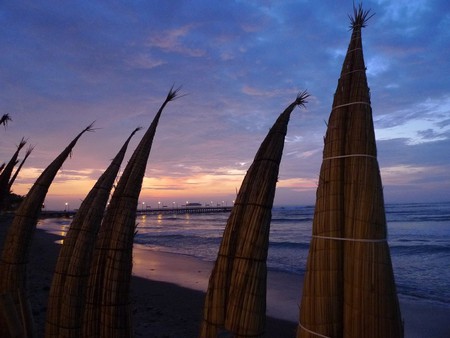 The museum in Chan Chan displays exhibits on the Chimú culture. Visitors can see the ceramics and stone artifacts used in daily life, including containers shaped like llama heads. Look out for the shellfish shells, while the spiky shells were used by artisans and for trading, the Spondylus shellfish themselves were another common offering in sacrifices. 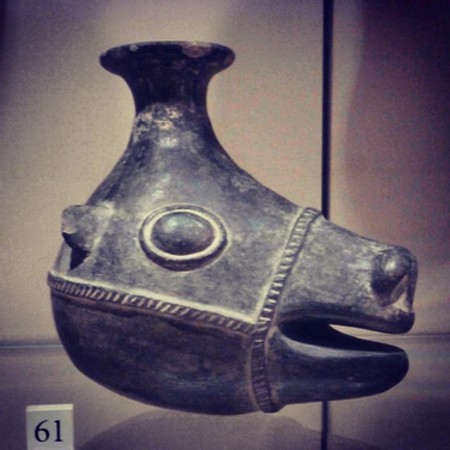