Why Cusco is Becoming the World's Capital for Mysticism 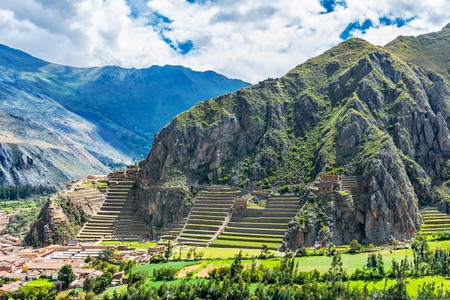 The ruins of Ollantaytambo in the Sacred Valley | © Shutterstock

Aside from the throngs of tourists and local women selling alpacas, as you walk around Cusco you’ll notice many gringos wearing crystals and loose clothing who are heading to yoga and healing classes. A large part of Cusco and the Sacred Valley is seeing new healing centers pop up that offer yoga, meditation, sound healing and ayahuasca ceremonies—a confluence of Andean, Amazonian and Eastern practices. But why has this city become the desired location for people seeking a spiritual awakening? Find out how Cusco has quickly gained a reputation as the mystical capital of Peru and the world.

The Inca’s history, traditions and temples give Cusco an air of mystery and their awe-inspiring ruins of masterful stone work and engineering marvels—the ancient civilization had to move stones weighing up to 300 tons from miles away—gives the human mind reason to pause and wonder ‘how?’. You also can’t help but be overwhelmed when you arrive to Machu Picchu, see the 300-ton stones at Sacsayhuamán for the first time or imagine rooms lined with gold at Coricancha. These Incan wonders have brought people from all over the world to admire a mysterious and inscrutable brilliance.

‘The Incas built Cusco in the shape of a puma and as a sacred city, with sacred sites all around which are called “ruins”, but are certainly still energetically very active’, said Niki Coate, the owner of the holistic Healing Center in the San Blas neighborhood of Cusco. ‘Because of this, there are all these healing centers opening up because for some reason, there is an energy that is conducive to great spiritual transformation.’ 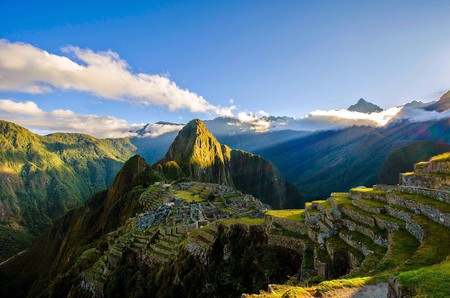 Marvel at the engineering brilliance of the Incas | © Pixabay

At its height, the Inca empire stretched from Chile and Argentina in the south to Colombia in the north, with Cusco as the chosen capital of the empire and its religious center. Scattered throughout Cusco are various temples like Coricancha (temple of the sun) and Sacsayhuamán, the sprawling temple and ceremonial site perched above the city, both of which are two of the most important sites.

According to writer Drunvalo Melchizedek’s book Serpent of Light, the earth’s chakras are constantly changing, which ‘will transform the area of Chile and Peru into a new Tibet and India, a place where great teachers will be born—teachers who will be brilliant lights to the world, just as those in Tibet and India have been’. The book is based on Melchizedek’s experiences and studies of ancient South American cultural traditions and teachings, with all signs pointing to the Peruvian mountains where the Incas, in tune with the world’s changes, created their most elaborate temples. People are now flocking to the Inca capital in record numbers to understand the mystery of the Incas. 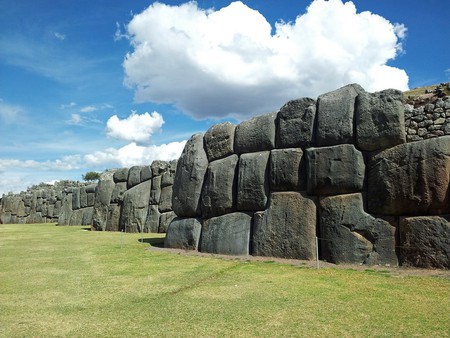 The 300-ton stones at Sacsayhuamán in Cusco | © Pixabay

Situated at the mouth of the Sacred Valley in the Peruvian mountains and hours away from the Peruvian jungle, Cusco has become a confluence of two cultures and traditions: while the Andean culture is obviously more prominent, Amazonian traditions have made their mark on the city as well. Shaman shops are now popping up throughout the city that hold rapé and ayahuasca ceremonies (both of which have origins in the Amazon), and countless healing centers have established themselves in Cusco and the Sacred Valley offering healing techniques that blend both Andean traditions—like coca ceremonies and Andean philosophy—with rapé and ayahuasca from the Amazon.

These healing centers also incorporate mediation and yoga, which are practices originating from Eastern traditions. Not only has Cusco become Peru’s spiritual capital, but by offering the unique experience of Andean and Amazonian traditions, it is now also the global go-to destination for the spiritually inclined and a place to tap into ancient wisdom and traditions. 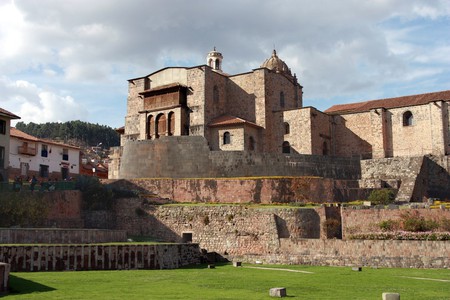