What to Know About Lima's Lord of the Miracles Celebration 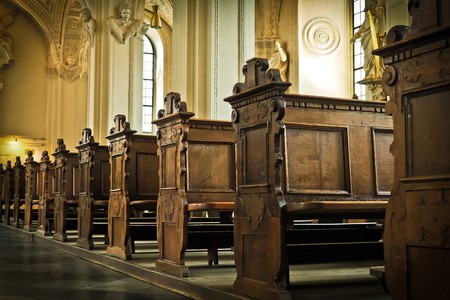 If you arrive to Lima between October 18 and 20, you’ll be in for a surprise. Thousands of Limeños will be walking the streets all clad from head to toe in purple, in one of the largest religious parades to take place anywhere in Lima, or in Peru. Here is your guide to everything you need to know about Lima’s miracle painting and the city’s celebration of it.

It’s a typical spring day in Lima: cloudy and grey, but hot and humid, too. The streets in Lima’s historical center are decorated in a deep purple, with banners waving and hanging down from second-story balconies and windows. The crowds have arrived and they’re peaceful and happy for such a large gathering. Vendors are milling in out of the crowd, selling popcorn, sodas, water, and plenty of purple gear. Why has everyone gathered here on this October day? To celebrate a painting of Jesus that miraculously survived a devastating Lima earthquake in the 16th century. 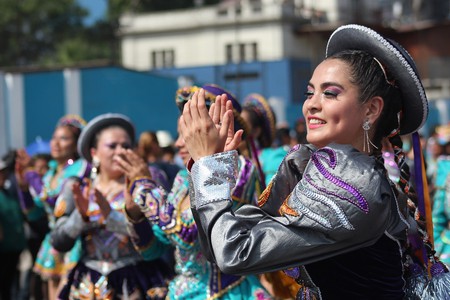 Dancing at the festivities | © al3xitox100pre / Pixabay

The earthquake and the painting

In 1746, a massive earthquake struck Lima, leveling everything in its path. It was recorded as a 7.8 magnitude, one of the largest ever to strike the city of Lima. The building that housed the painting was devastated, along with all the neighboring buildings, and the only thing not to crumble to the ground during the earthquake was the wall where the mural was painted. Due to the massive damage done to the surrounding buildings, which had completely collapsed, it was seen as a miracle that a painting of Christ survived the earthquake, and it was viewed of a sign of good fortunes to come. 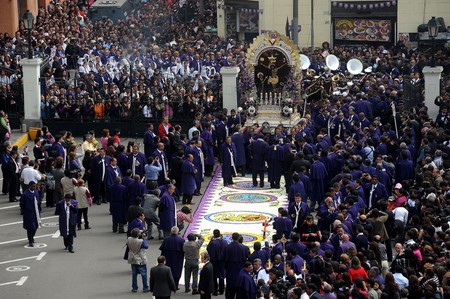 On October 18, 19, and 20, thousands of Limeños take to the streets dressed in purple and holding the image of the painting to celebrate the miracle. The purple is a sign of reverence for the Lord of Miracles and a way to pay respect to the painting and its story. On one day, followers parade for 24 hours, in one of the largest parades in the Americas. 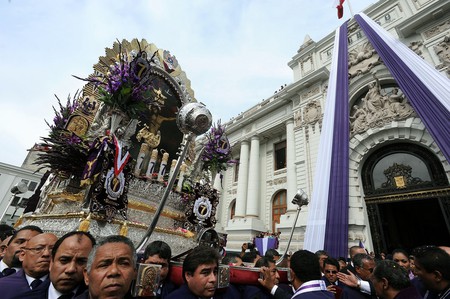 As legend has it, the painting was done by an African slave, who painted it on a wall in a building in Lima. The image was of Christ nailed to the cross and is now venerated all over Peru and has become something of a unique obsession here. There is no information on who the artist was, or what his intentions were in painting the mural.

Perhaps needless to say, an already traffic-riddled city will see even more traffic during these celebrations. Getting around in cars will be nearly impossible, and if you do decide to brave the snarling bumper-to-bumper roads, you’ll be stuck in a cab for hours. The best way to get around Lima during this time would be by taking the Metropolitano, Lima’s express bus system, and any other method will be almost pointless. If you do happen to be in town for the celebration, join in the celebrations, and go by foot. You’ll get a safe tour of Lima for free this way, and a great cultural experience to remember.