The Top 7 Things to See and Do in El Chaco, Peru 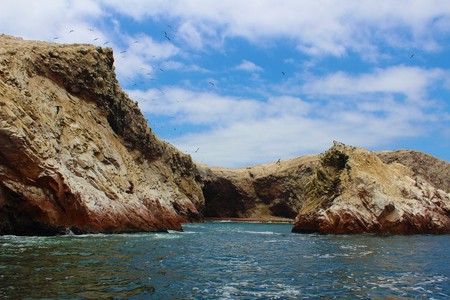 The name El Chaco doesn’t stand out, but when you say the name “Paracas” everyone will know what you’re talking about. This little tourist town called El Chaco is the launching-off town to explore nearby islands and the famous national reserve, Paracas. Here are the top things to see and do in El Chaco, Peru.

Dubbed the “Poor Man’s Galapagos”, these islands are one of the reasons why El Chaco has become one of the most popular tourist destinations in all of Peru. You can arrange the tour from any hotel or hostel in the small town, costing around 46 soles ($14) for everything. You’ll leave the dock around 8 am and continue on a 2 hour boat tour of the islands, about 15 minutes from the docks. You’ll get an up close look at all of Peru’s marine life, from crabs, sea lions, dolphins and birds. The tours are given in both English and Spanish. 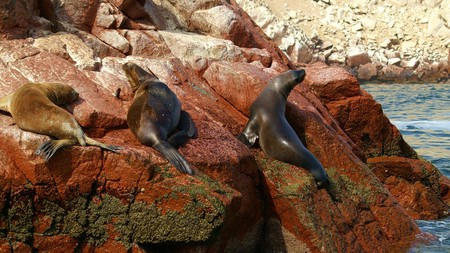 Chill on the boardwalk

Despite devastating earthquakes that have struck the area, El Chaco has rebuilt its boardwalk to become the most entertaining place to be in town. You can enjoy fresh seafood with a beer in hand while people watching. It is also the best place to catch a sunset in town.

This mysterious geoglyph carved into the sand is just across the peninsula from El Chaco. To this day it is still unclear just what the giant looking cactus signifies. Experts believe that it could date back to the Nasca culture, who also created the famous lines not too far away in the city of Nasca. Other explanations range from representations of the stars and nautical symbols to an ancient hallucinogenic cult that worshipped the cactus San Pedro. 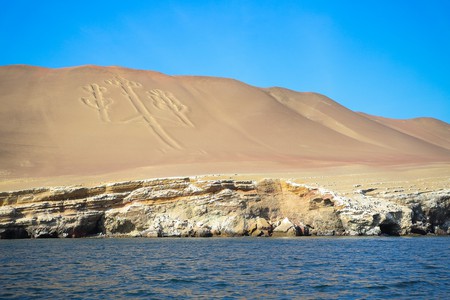 You can do this either by boat or taxi, both options taking about 3 hours for the entire tour. Upon entering the Paracas National Park you’ll have to pay an 11 soles ($3.4) fee that goes towards restoration. Some of the highlights are the la catedral, a rock formation that resembles a cathedral, and the park’s beaches. You’ll get sweeping views of the yellow and orangish desert as it spills out into the sea.

A popular option is to eschew the boats and taxi for a bike ride through the park – but don’t take this lightly. It isn’t just a stroll in the park. It is some serious riding through one of the driest places in the world. You’ll need to bring plenty of water and sunscreen because the water is harsh. It’s best to complete it during the early morning hours when the sun isn’t as harsh. 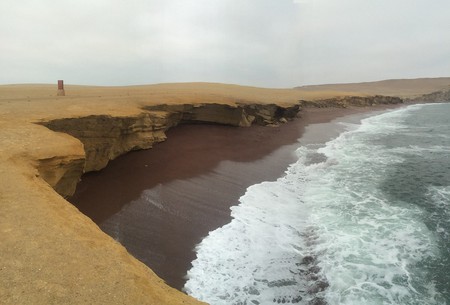 Beach on the Ballestas Islands | © gosquirtle/Pixabay

If you google “best beaches in Peru” this one is bound to show up. It’s best to catch it during low tide when you can really see the redness of the beach, which can get somewhat obscured when the tide is high. The contrast between the red beach, the orange of the desert and the bright blue ocean is one of the most beautiful sights in Peru.

While the red beach gets all the attention, La Mina is no slouch. On its day it is the quintessential paradisiacal looking beach. Bright blue water, craggy rocks and orange desert that runs up to it. The beach is small and on weekends can fill up quick. Best to go early and claim your spot.