The Ultimate Guide to Taking Mototaxis in Peru 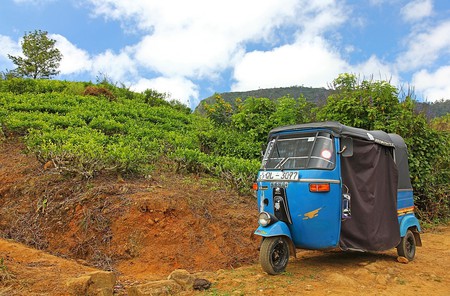 You arrive to Máncora or another similarly small Peruvian town and don’t find any taxis – that is, you don’t find any taxi that you’re familiar with: the classic yellow car with a taxi sign on top, which don’t really exist outside of the major Peruvian cities. The towns are too small for those taxis to be viable. Instead, you’ll find fleets of mototaxis, the more fun and much louder option to your classic taxi. Here’s everything you need to know about the little mototaxis that dominate the streets of small Peruvian towns.

Mototaxis in Peru are essentially motorcycles with an attached cabin on the back that can fit around three people (I’ve seen some fit 5 people, with the other passengers sitting on the trunk area in the back where you can strap down bags). Most of the taxis will have their cabins decked out in a colorful trim and a plastic that’ll enclose the passengers in the cabin. You’ll find Nike stickers and the ever popular image of Che Guevara on the back. Many will be equipped with speakers to blast the latest reggaeton. This, in Peru, is your standard mototaxi. 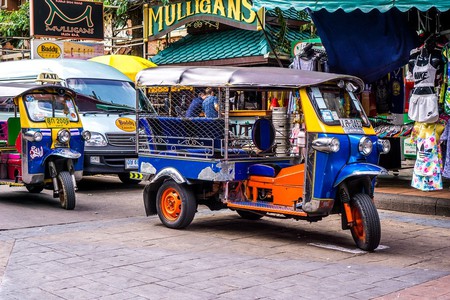 A Mototaxi in thailand | © TheDigitalWay / Pixabay

Where’d they come from

These types of taxis aren’t what come to mind when you first think of Peru. You’re more likely to associate them with Asia before Peru ever crosses your mind. The first mototaxis arrived in Iquitos and other jungle regions in Peru from India in the 1980s. If you visit any jungle cities the evidence is there. Nearly everyone is zipping around on these mototaxis dominating the roads, crowding two-lane streets with about four or five mototaxis abreast. The popularity has since grown all across Peru, where you can find these mototaxis nearly everywhere, even in Lima in the smaller neighborhoods. 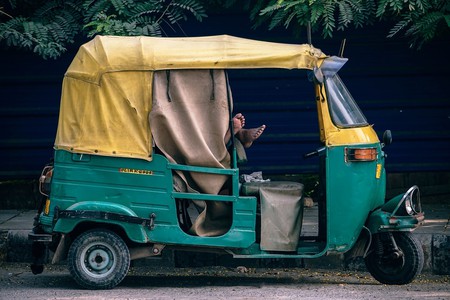 Feet up in a mototaxi | © Pexels

They’re the most economic way to get around small towns in Peru – they always cost less than normal taxis. For the most part, they cost around 2 to 3 soles (less than $1) to get around on. In Máncora, a beach town in the north of Peru, it costs 2 to 3 soles to get anywhere you want in the town. In slightly larger towns it won’t cost more than 5 soles ($1.5) to get anywhere. You can’t beat that price and they’re much more fun than taxis to ride in. 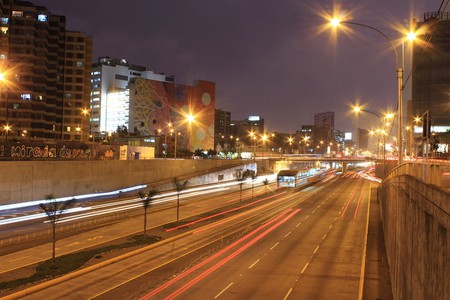 Before you get in one just know that they definitely aren’t your safest options on the streets of Peru. The little mototaxis are always dwarfed by anything else in the streets of Peru. Another thing to know is that the mototaxi drivers are, well, not the safest drivers. They may well be good drivers, but they drive in what appears to be a reckless manner, driving four abreast in small streets and sometimes diving to the side of the road to avoid large trucks. You flag then down just like a normal taxi and, if something doesn’t seem right – the driver seems drunk or the taxi isn’t in the best condition – just get a different taxi.