The Ultimate Guide to Hiking Volcanoes in Arequipa, Peru

You may know about the beautiful city of Arequipa, with it’s all-white plaza de armas and towering cathedral, and you’ve probably also heard of Colca Canyon, the world’s second deepest canyon; but you may not know that Arequipa is one of the best places in the world to climb volcanoes. Here is out guide to exploring the volcanoes near Arequipa.

This is the most famous and well known volcano to climb in Arequipa and Peru, for that matter. You’ll recognize it – it’s the towering volcano in the back of any picture you see of Arequipa’s cathedral. Also called the city’s guardian, the city is actually made out of sillar that comes from the volcano and which gives the city its white coloring.

The most popular and widely available option is to do the two-day Misti climb. You’ll find tour companies everywhere offering this option – the place you’re staying at will most likely also have a tour company. The trek will cost around $80 USD and includes meals for the two days, as well as transportation to and from Arequipa to the volcano. The company will also supply crampons and an ice axe if needed during the snowier months of the year. Arequipa is a desert so, even in the snowier months, it is nothing to worry about. 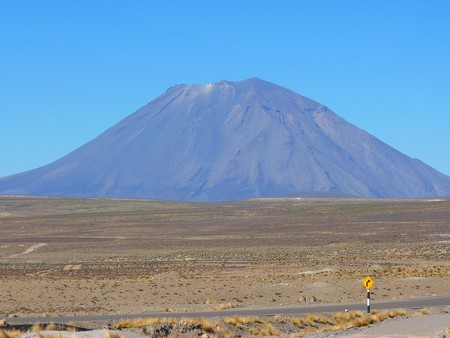 You’ll be picked up from your hotel or hostel around 8 am and then travel for nearly two hours to the base of the volcano where you’ll begin your ascent. You’ll then hike about 6 hours to the base camp at about 4800 meters, where you’ll spend the night. Here you’ll have unbelievable views of the city below, especially at night when it’s all aglow.

You’ll begin the next day before sunrise to give you sometime atop the volcano for pictures and videos, taking in the climb you have just conquered. Depending on the time of year, there may be a snowstorm which will require the use of the crampons and an ice axe. You’ll then reach the summit at 5,825 meters before you begin your descent back to base camp and then head back down to the base of the volcano to meet the 4X4 back to Arequipa. 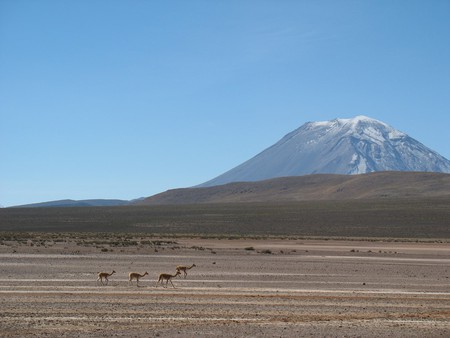 Chachani is a stratovolcano with a summit of around 6,000 meters. It is the tallest of the mountains near Arequipa and even rises above El Misti. It has become very popular due to its lung-threatening height and relatively easy ascent for a mountain of its height. It doesn’t require any great skill which makes its ascent easy for tourists coming to Arequipa who may not be climbers. 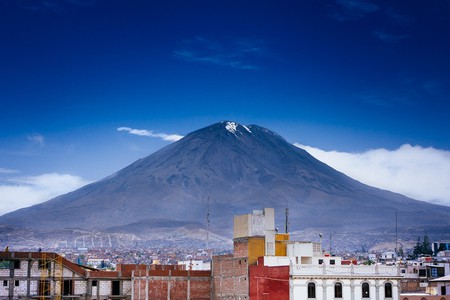 You’ll be picked up at 8 am and do some off roading of a couple of hours until you finally reach the base of the mountain. You’ll then hike about 3 hours to your base camp where you’ll have your first meal. The second day will be filled with the most hiking and will begin around 3 am. You’ll hike about 6 to 8 hours to the top and see stunning views of the mountain range and the Andes, as well as Arequipa.