The Real Reason Behind Cusco's Rainbow Flag, and It's Not What You Think…. 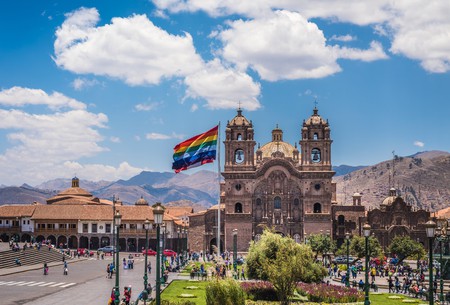 Flying high in the Plaza de Armas in Cusco is a brightly colored rainbow flag. Though an enduring symbol for gay, lesbian and LGBTQ rights in the United States, here in Peru it means something very different. Here is the story behind Cusco’s rainbow flag – its significance may surprise you.

You’ll find rainbow flags flown from houses, on rooftops, in bars, sold as jacket patches and emblazoned across shirts – nearly everywhere you go in Cusco you’ll find rainbow colors. The ubiquity of it is inescapable. If you didn’t know any better, you’d feel like you were in the world’s capital for LGBTQ rights, an assumption that has confused many travelers visiting Cusco. 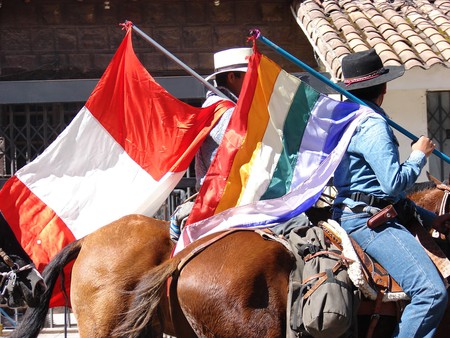 Cusco and Peruvian flag side by side | © Zenobillis / Shutterstock

It’s all to do with history

The rainbow flag that you’ll find everywhere in Cusco is a somewhat recent development, depending on who you ask. The flag became an official symbol of Cusco in 1978, but its history may go deeper than that. As folk stories go, it is believed that the rainbow flags seen in Cusco today were also the flags of the Inca empire during their reign. While that idea is a romantic one to hang on to, the idea of a flag existing in the pre-Hispanic world is still debated today and considered unlikely by most scholars. Regardless, the Cusco rainbow flag has been adopted by the people of Cusco and the Andean region as a source of pride. 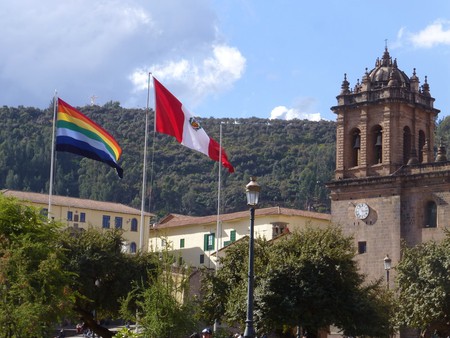 Flags in the breeze I | © xiaotao / Shutterstock

Like the LGBTQ community, Cusqueños take great pride in their flag and what it represents. Estimates vary, but indigenous populations make up about 40% of the population in Peru and the vast majority of them identify as Quechua, the descendants of the Incas. Despite making up such a large percentage of the country, their community and way of life is constantly under threat. Over the years they have experienced discrimination and have been pushed towards the margins of Peru’s economy. El Wasap de JB, a popular Peruvian sketch-comedy show, has even come under criticism for its portrayal of Andean women, depicting them as ignorant and vulgar. The flag, however, is a source of pride, a symbol of solidarity and identity in the face of this prejudice and oppression. 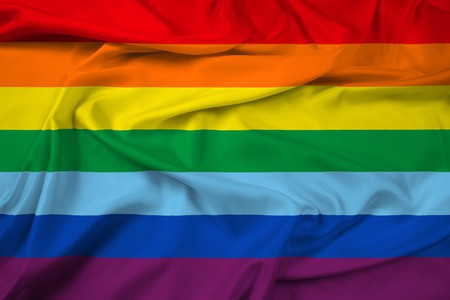 In 1979, the artist Gilbert Baker popularized the rainbow flag as a symbol of the gay community in San Francisco. Coincidently, around the same time, Cusco was also adopting the rainbow flag, a symbol for them of Cusco and their Incan/Andean history. While the two flags look very similar, they aren’t identical. If you look closely you’ll notice that there is something slightly different: The Cusco flag has an extra blue stripe. However, that difference is not enough to prevent those visiting Cusco for the first time to wonder: is this the gay capital of the world? Outside of the flag, you won’t find much that would claim it as a bastion for the LGBTQT community – but high in the Plaza de Armas in Cusco, like in the Castro or other LGBTQ communities across the world, the rainbow flag flies high.