The Most Beautiful Ruins to Visit in Lima, Peru 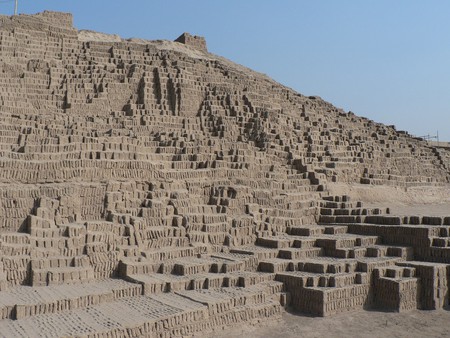 Cusco gets all the attention for its Inca ruins, but Lima quietly has some of Peru’s oldest. Here you’ll find classic temples, ornate carvings and giant structures next to high-rise apartments and shopping centers. Want to know more? Check out these temples in Lima that are must-visits while in the City of Kings.

Dating back to 200AD, Pachacamac’s meaning in Quechua roughly translates to ‘the creator’ or ‘earth maker’. The spot marks one of the more significant religious sites in pre-Inca Peru, and continued to maintain religious significance even after Inca rule. The site is about 30 km (18.65 miles) outside of Lima and can be visited through tour groups or done solo with a public bus. 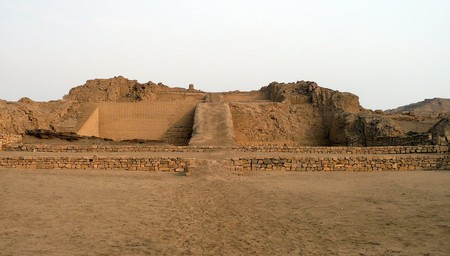 This is one of the less frequented huacas (revered monuments) in Lima – it has fallen under bad times and the government hasn’t put the money into taking care of it and overseeing its protection. Intense urbanization has also caused problems for the ancient site that now hopes for more investment. It was built around 800 or 900 AD by the Ischma people and was once part of a much larger complex that has since been destroyed.

Caral is a large pre-Incan settlement north of Lima. It is one of the oldest settlements in all of the Americas and was designated a UNSECO World Heritage Site in 2009. Within the settlement there a exists a temple that is 150 meters (492 feet) long, 110 meters (360 feet) wide and 28 meters (92 feet) high, amounting to one of the largest in the area. 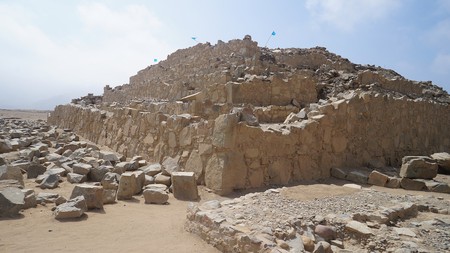 If you head to Parque de las Leyendas zoo in the San Miguel neighborhood of Lima, you’ll see this large temple towering above everything else. The ruins still remain mostly intact and haven’t seen as much deterioration as other huacas in Peru thanks in part to the owner of the zoo. If you’ve just arrived in Lima and don’t want to head too far from the airport, Huaca Tres Palos is your place – animals and ancient ruins, what’s not to love?

This is one of the most popular huacas in Lima and one of the city’s most surreal sites. You’ll find the ancient ruins rising up amongst high-rise apartments and business complexes in Lima’s upscale Miraflores district, an image that couldn’t define Peru more. You can take day tours of the site and even enjoy the ruins at night, when the site is decorated with lights and an on-site restaurant opens up. 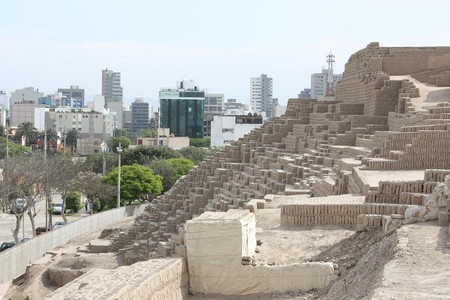 Just like Huaca Pucllana, Huaca Huallamarca is located in a heavily urbanized and commercial district. San Isidro is home to both big business and shopping malls as well as family neighborhoods, which makes the sight of Huaca Huallamarca all the more stunning. The pre-Inca culture who occupied the area originally used it for religious purpose, but was later repurposed by the Incas, who conquered the area around the 15th century.

This was also constructed by a pre-Incan culture and lies somewhat in disarray, yet its unique clay beauty can still be gleamed. The pyramids reflect other creations found throughout Lima and the rest of the coastal region.