The Most Beautiful Beach Towns in Peru 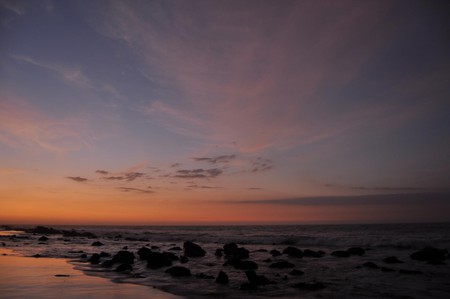 Peru is most well known for its beautiful mountains, jungle, and Inca history, but there is also a stretch of coastline with beautiful beaches along the Pacific Ocean. Peru’s coastline is mostly arid desert, but there are certain areas where this confluence of desert and ocean becomes uniquely stunning and entirely Peruvian. Here is our guide to where Peru’s most beautiful beach towns are located.

Mancora has gained a reputation in Peru and with backpackers as the beach-party town to go to in the country. While that is true—there are always people going out and about eight restaurants blaring reggaeton at obnoxious levels every night on the beach—Mancora isn’t just a party town. The small town boasts some of Peru’s best beaches and without question the country’s warmest waters. There’s almost never a cloudy day, and if there is, it’s only for a couple hours. Mancora has become Peru’s most popular beach town for a reason, and it’s not just the partying. 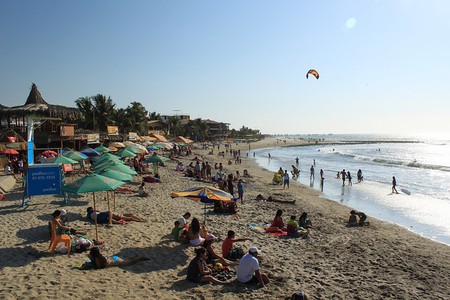 Located just south of Mancora, nestled in a large grove of palm trees, this might be the best beach in Peru. It doesn’t have Mancora’s party scene—if you want that, Mancora is only a short taxi ride away—but it is more beautiful and more secluded than Peru’s party beach. You don’t hear the annoying drone of the 4x4s that you can rent along the beach in Mancora and which are pretty dangerous. The beach is also home to some of the area’s nicest resorts and hotels.

Los Organos is a more sleepy and quiet beach town. The water is a little bit colder than in Mancora, which is just to the north, but the sun is just as hot! One of the best parts about the area is its proximity to Pacifico Adventures, the whale watching company run and operated by biologists. The area also attracts a lot of marine life, especially sea turtles which routinely visit the fishermen’s dock looking for food. 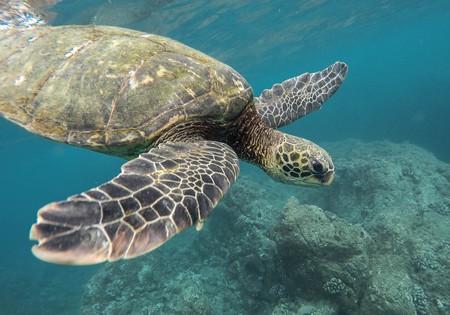 This might be the best surf spot in Peru and the town offers interesting architecture to go along with the perfect left-handed breaks. The area was once exclusively owned by a British oil company, something that you’ll notice right away: the area is dotted with oil rigs, both on land and in the water, and large British colonial buildings. The mansions are now either abandoned or owned by Peruvians. There is one hostel called La Casona, which sits atop a hill overlooking the ocean, and is a renovated old British colonial building, giving you a chance to stay in one. The sleepy surf town is a unique confluence of surf culture and vestiges of a British oil company. 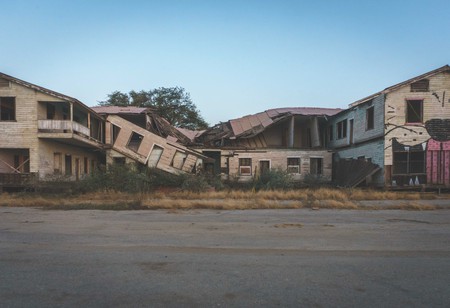 Chicama, also know as Puerto Malabrigo, is best known as the longest surf-able left in the world. For this reason alone it makes the list because when it breaks there it is unlike any place in the world. From the top of the cliff you can see waves for miles when it’s firing. If you aren’t a surfer, the town doesn’t really offer much else. To surfers, however, it may be paradise. The cold water will make you desire something, but you can’t complain about the waves or all the surf hotel options in the area.

From Chicama, you can take a bus to Trujillo and then to Huanchaco, the burgeoning beach town just outside the city. The town is most recognized for its fishermen who ride Caballos de totora (little reed horses). The art of riding and fishing with these boats is still practiced, but much less so now. People along the beach will also let you try your luck at riding one out into the surf. The town itself is very laid-back and worth at least a couple nights. The town offers plenty of vegetarian and vegan options and, at night, take a walk along the boardwalk and enjoy some of the best picarones in Peru. There are also waves to keep a surfer happy and famous ruins such as Chan Chan and Huaca de La Luna only a short bus ride away.

Once known as the area where Hemingway got the inspiration for the Old Man and the Sea, this beach town is now more recognized for its surf. Here you will find “Peruvian pipe,” referring to the famous pipeline in Hawaii. The wave is a powerful left that offers plenty of barrels and long sections.