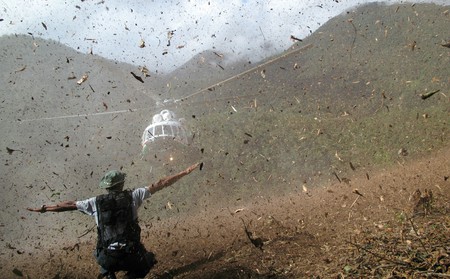 A helicopter lands in the Peruvian rainforest | Courtesy Thierry Jamin.

Hundreds of explorers have searched, in vain, for the lost city of Paititi, thought to be one of the last refuges of the Inca people. Now a team led by French explorer Thierry Jamin hopes to use new technology to discover the “City of Gold.” 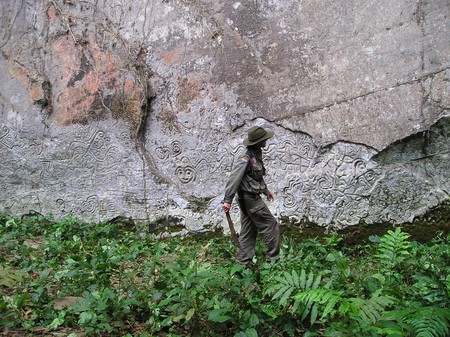 Legends of Inca cities covered in gold have been told for centuries, and many adventurers have sacrificed their lives to try and find it. For archaeologists, the search represents the fame and glory Indiana Jones was so fond of talking about. But the story of the city, sometimes referred to as El Dorado, is muddled and confused, and there’s even been disputes as to which modern day country the remains of the city resides.

English explorer Percy Harrison Fawcett, who Indiana Jones was reportedly loosely based on, believed the city was in Brazil. Fawcett famously embarked on an expedition there in 1925, and in 2017 the movie The Lost City of Z, starring Charlie Hunnam, will finally bring his story to the big screen. Spoiler warning, he never returned, and if he did find the city, he never lived to tell the tale.

Numerous other attempts have been made over the years to find the city. Adolf Hitler’s photographer Hans Ertl shot an expedition documentary called Paititi, and in 1971 a French-American expedition in the Peruvian mountains ended with all three explorers dead, killed by the Machiguenga Indians who lived in the area. Explorers in Peru still must nurture good relations with the local Indian people, but with new technology they can avoid encroaching on their land unnecessarily. 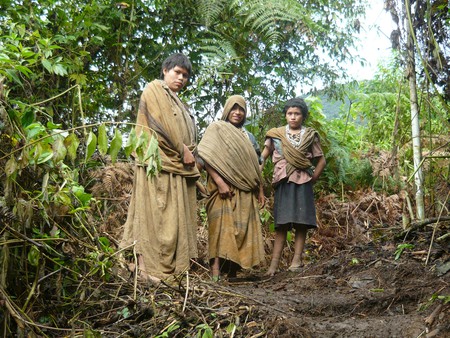 In 2001, Italian archaeologist Mario Polia discovered a report from a missionary named Andres Lopez in the Vatican archives. In the report, Lopez described a large city, rich in gold, silver, and jewels, called Paititi by the natives. The document was dated 1600, and explained that the city was in the middle of the tropical jungle, without giving an exact location. Links were immediately made between Paititi and the fabled city of gold.

Even before this document was found, Thierry Jamin was leading expeditions in the southeast of Peru to try and find Paititi. Since 1998, Jamin and his group have completed around 20 trips in the area. The goal of the group’s first few missions was to explore and document the mysterious mountain shapes picked up on satellite imaging.

In June 2012, the group found, with the help of satellite imaging company Astrium, a mountain that matched the criteria they were looking for. The pictures also found small square lakes that looked interesting enough to warrant an expedition to verify if they are man-made. The Matsiguengas Indians have told Jamin’s team stories of a strange mountain, with an old stony city on the top – the city of Paititi.

Left: Jamin believes the city is on top of this mountain. Right: The lakes which may be man-made | Courtesy Thierry Jamin.

During expeditions in 2013 and 2014, Jamin’s team failed to get to the top of the mountain. The jungle in the area is extremely hard to navigate and is dangerous for a large group carrying crucial supplies. But this year, the group hopes to investigate the area further using two types of drones. The first will operate from the skies, and a professional drone pilot from the French company Airborne Concept will be part of the group that will survey the square-shaped mountain. Separately, an underwater drone created by OpenROV will be used to check the lakes.

“With this small unit, we can investigate the site before sending our diver. We can also collect hi-resolution pictures combined with geospatial data and recreate the site in 3D with photogrammetric software,” Benoit Duverneuil, a member of Jamin’s expedition team, told Culture Trip over email.

The OpenRov’s latest underwater drone is called the Trident, and can dive as deep as 100 meters. The drone has a four-hour battery life and a full high definition camera. The Trident lends itself well to this type of job, as it is small enough to fit in a backpack or be taken on a flight as a carry-on. 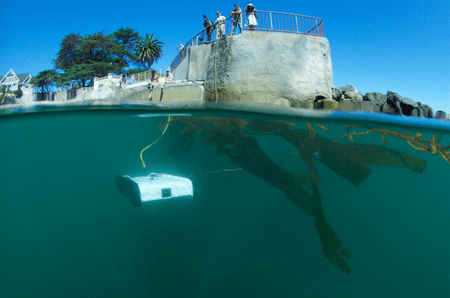 The terrain of the Amazonian rainforest makes it hard for satellite images to pick out the detail required to be certain of a site of interest. But the technology is improving. “Combined with thermal infrared multispectral sensors, we can sometimes detect sites that are not visible on the surface,” says Duverneuil. “Space archaeology is still an emerging field and looking for anomalies in the Amazonian rainforest makes things more difficult. We are also still working on scientific methodologies to help discover, investigate, and document new sites from satellite imagery.”

The group also intends to use LIDAR technology, which uses laser beams to measure distances. That tech is becoming more compact and affordable, and the newest systems can be mounted on top of a drone and flown over target sites. 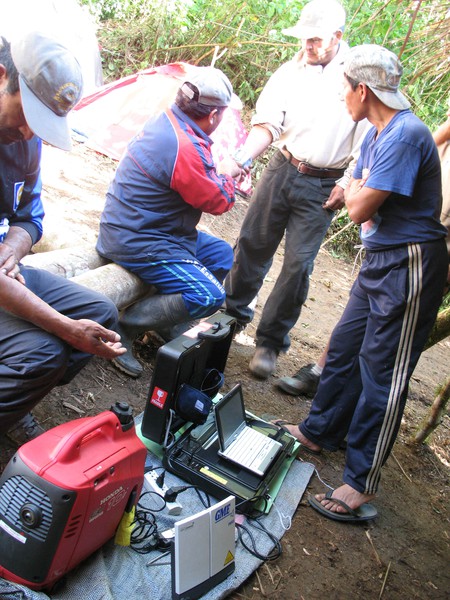 Technology can play a crucial role in the expedition | Courtesy Thierry Jamin.

Right now, the main obstacle facing the group is securing the permits it needs to launch an expedition with the drones. If they do find the Inca City of Gold, the discovery would be monumental, for the team themselves, archeologists around the world, and for Peru.

Earlier this year I met Hilbert Sumire Bustincio, who was my guide while hiking the Inca Trail. Bustincio is a Peruvian archaeologist and a member of Thierry Jamin’s team aiming to discover Paititi.

Bustincio explained there is very little chance the city was literally made of gold, but the wealth and riches of the city was instead the knowledge and heritage of a culture all-but destroyed by Spanish invaders by 1572. For people like Bustincio, who practices the old Inca religion, discovering Paititi would be the ultimate homage to his ancestry, and would bring him much more than fortune and glory. With technology on their side, Jamin’s team has every chance of success. 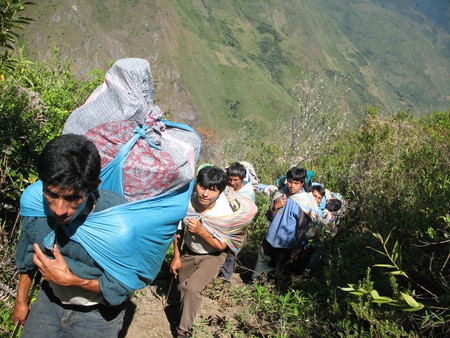 An expedition in Peru | Courtesy Thierry Jamin.
Give us feedback