The Best Locations to Explore the Amazon Rain Forest 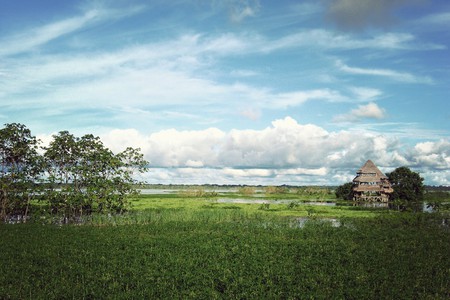 The Amazon is a vast stretch of jungle and river that covers many countries in South America. Deciding where you want to visit—which part of the jungle and how—is a vexing question that doesn’t have a definitive answer. Each country can offer a different perspective and different glimpses into its landscape. Our guide to exploring the Amazon will help you settle on a location and clear up some of the confusion—but no matter where you choose, the Amazon awaits.

If you’re in Peru and want to explore the Amazon, nothing beats Iquitos for pure Amazon adventure. The city has no roads leading to it, completely cut off from the rest of Peru except by boat or by plane. This in itself makes traveling to the city of Iquitos an experience—its sheer isolation. While there have been forays into the jungle city by rubber companies and, most recently, by oil companies, it keeps its Amazonian roots with a large serving of psychonauts seeking spiritual connection or help with personal problems. Throw all this into a blender and you have the city of Iquitos. 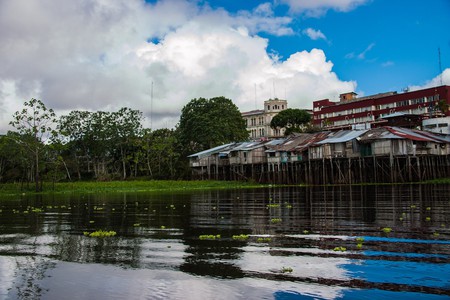 Situated in the middle of the Peruvian Amazon, Iquitos is the perfect place from which to make trips into the jungle. You’ll be able to find both day hikes and trips to the longer multi-day hikes—either way you’re exploring pristine jungle and seeing plenty of wildlife.

Iquitos has quickly gained a reputation as the ayahuasca capital of the Amazon, which is why you’ll find bug-eyed tourists walking around with ear-to-ear, post-ayahuasca grins. There are many healing centers that have srpung up around Iquitos and the number is growing. The centers will usually have a resident shaman who will guide you on ceremonies. The reputable centers are much more recommended than taking ayahuasca from someone off of the street.

Manaus is the most populated city in both the Brazil Amazon and the rest of the Amazon rain forests. With a population of around two million, this city is large and chaotic, offering a city-life atmosphere surrounded by the jungle. The city experienced a period of tremendous wealth during the 19th century when rubber barons were taking over, as Manaus quickly became the center of the huge Amazon rubber boom. By all means, stay here for a night, but only to check your emails and get an internet fix. There are many places to explore in the jungle and Manaus is not one of them. Come for the guided tours and leave. 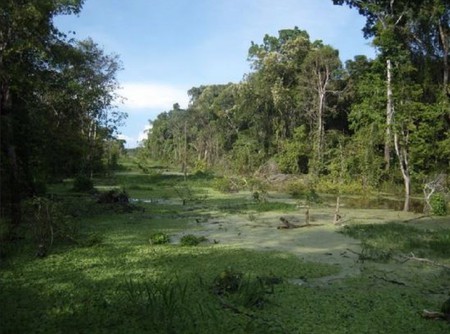 Maybe the only excuse to stay in Manaus is to hit the beaches. The oddity of laying out on a beautiful beach in the Amazon will quickly dissipate as the Amazon heat bears down. The beaches are only accessible during the dry months of August to November, outside of that they’re submerged under water for the rest of the year.

The area around Parque Manu—where the Andes meets the jungle—might be the most biodiverse forest in the world. Only a day’s travel outside of Cusco, this park is the perfect destination for those people who want to see the Amazon before they have to catch their flights home. This stretch of jungle is your best chance to catch glimpse of Amazonian wildlife. The park is also Peru’s most well preserved. 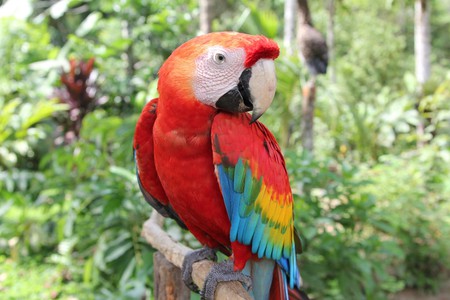 Your best bet to see the Amazon’s wildlife is to take a multiple-day trek into the jungle, where you just might find the speckled bear and the jaguar, as well as monkeys and uniquely colorful birds.