The Best Hiking and Trekking Routes in Huaraz, Peru 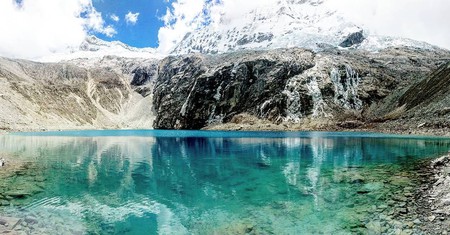 The Cordillera Blanca sets the scene for stunning hikes, and within the Huascaran National Park you can find many routes varying from easy to difficult. Do bear in mind that even easy hikes can be challenging due to high altitude, the town of Huaraz having an elevation of 3,052m. If you have come from sea level, it’s recommended that you take a few days to acclimatize and then start with the easier treks.

Laguna 69 is among main reasons people visit Huaraz, with its shimmering crystal blue water that lies in front of the snow-capped Pisco Peak. The best way to reach it is by taking a tour, which will stop at the turquoise Chinancocha glacial lake on the way. You will trek from 3,800m to 4,600m, which can be quite challenging for those not used to high altitudes. Tours tend to start early at 4am, allowing plenty of time for the ascent and descent.

This hike is recommended for those getting accustomed to the altitude as it is relatively easy and only takes half a day (approximately five hours), reaching 3,725m. You can take a collectivo (shared taxi) to Chiwipampa, which is where the trail starts. While the lake is not quite as spectacular as many others in the area, the scenery is magnificent and you really get a feel for rural life in Peru! 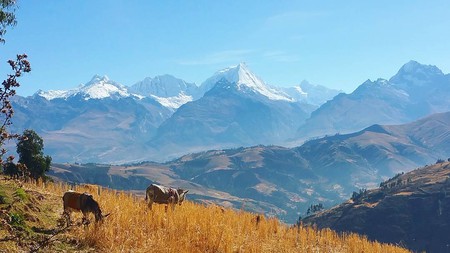 This four or five-day trek is for those hiking junkies that need their fix, the trek is 48 kilometres in total and ascends to a height of 4,765m at the Portachuelo pass. You can do this trek with a guide or on your own, beginning the trek by getting a bus to Yungay, then onto Vaqueria, which takes about two hours as you meander up steep winding roads. If you start at Vaqueria (3,700m) rather than Cashapampa (2,900m), you will be going downwards on your first day, rather than uphill on your last day. 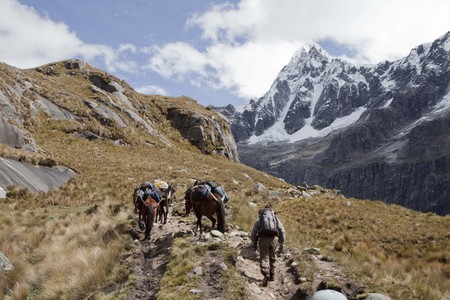 Hop in a collectivo at around 7am to Llupa or Pitec, which takes you directly to the bottom of the trek. From here the path leads upwards, but take it slow as the altitude is challenging. You will have great views over the valley and eventually reach a waterfall and stream, where the fun really begins! There is a steel cable to haul yourself up the rocks and, once you have, you are close to the stunning blue waters of the Laguna at 4,450m. 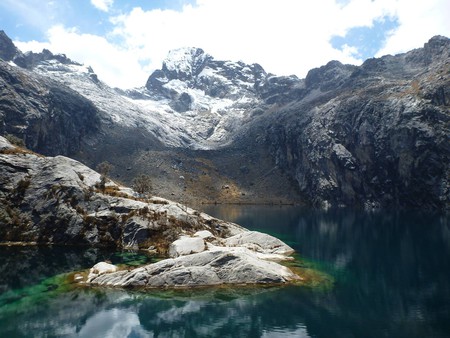 Located in the southern part of the Cordillera Blanca and another day-trip from Huaraz, it’s recommended that you take a tour as the glacier is 70km away. On the way you can visit Laguna Patococha and you will view the Puya Raimondi plants, also known as Queen of the Andes. It is the largest species of bromeliad and recognizable due to its height and spike! It is advisable to take some mate de coca (coca leave tea) to help with altitude sickness, as the glacier reaches 5,240m. 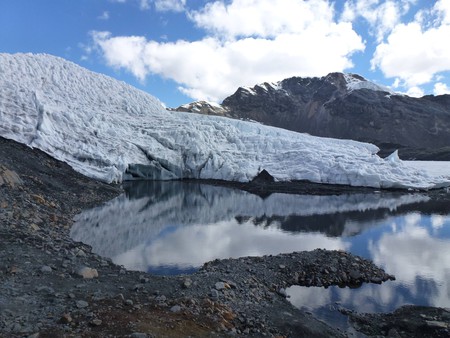 Taking between 10 to 14 days, this is not for the faint-hearted! The altitude ranges between 2,750 to 5,000m, starting at Matacancha and finishing in Llamac. It’s one of the most beautiful and stunning treks in the Cordillera, winding through the Yerupajé mountains – the second-highest in the Peruvian Andes – and passing crystalline lakes, trickling streams and villages that function in a world of their own. 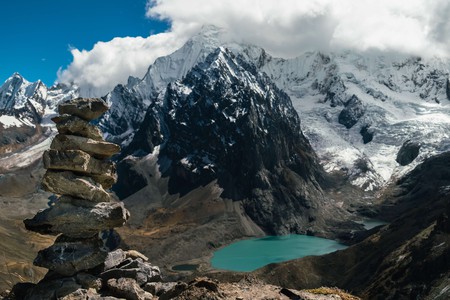