The 11 Most Magical Floating Cities to Visit in Latin America 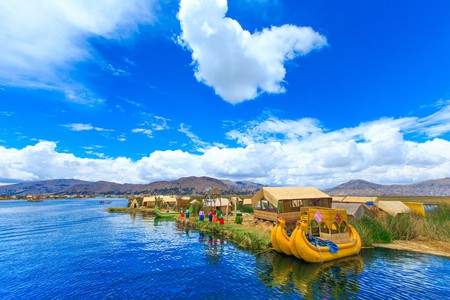 Latin America is home to many breathtaking sights, be it natural beauty or ruins left from the once great civilizations that called Central and South America home – but did you know there are also floating cities? As if out of a Gabriel Garcia Marquez novel, here is a list of places in Latin America that seem to magically float on water.

Supposedly the birth place of the Aztecs, this small, man-made island is a prominent attraction for tourist visiting Mexico. During the rainy season the streets flood and you’re forced to get around by canoe.

About an hour boat ride outside of Iquitos in the Peruvian Amazon, Santa Maria is a little village that floats on top of the Amazon river during the rainy season and stands on stilts during the dry season. When the rains come, the village brings all their street dogs, chickens and other farm animals inside so they don’t get swept away. 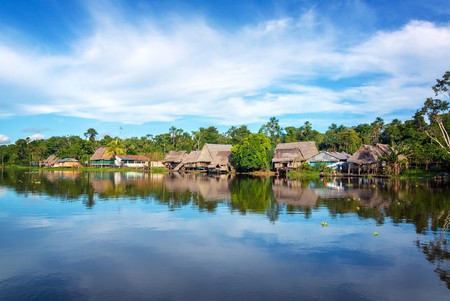 Town on the shore of the Yanayacu River | © shutterstock

Located in the highest navigable lake in the world, the Uros people build islands to avoid more aggressive neighbors like the Incas. The islands require constant maintenance as the bottoms slowly rot away. 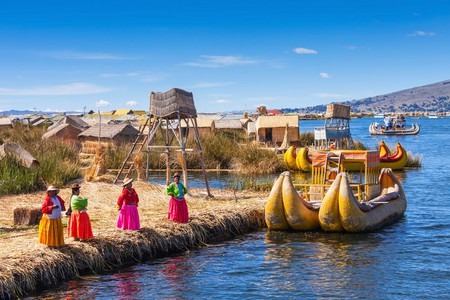 Located off the coast of Colombia, this tiny island is the most densely populated island in the world. The crowded island is surrounded by beautiful bright blue water in the San Bernardo archipelago. 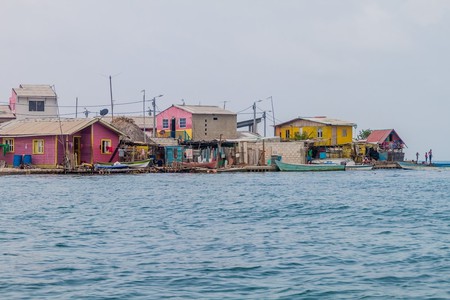 In the slums of Iquitos, you’ll find Belen, a floating neighborhood that ebbs and flows with the Amazon river. During the rainy season, business is all done by boat as the neighborhood becomes submerged under water and residence have to tie their houses to poles so that they don’t float away. 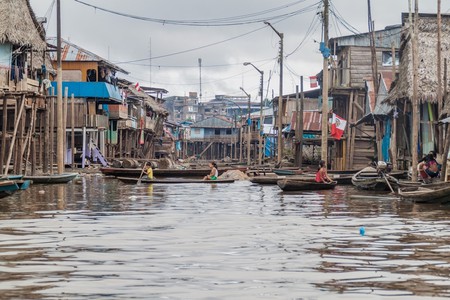 Seen from above, this island off the coast of Guatemala looks like a red speck because of its houses red roofs. Stop and enjoy the island while checking out nearby Mayan ruins.

While the largest city in the Amazon is not floating, areas just outside the main city, along the Amazon, float atop the river. If the city gets too much, just take a boat ride to explore the nearby villages. 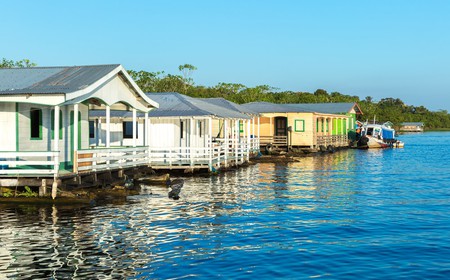 Isla del Sol is the largest island in Lake Titicaca and was a sacred Inca site. You can take tours of the island or get a more intimate experience with a homestay. 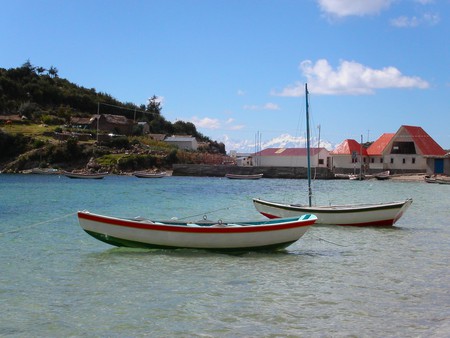 This island lays in the Caribbean sea off the coast of Venezuela and offers visitors an idyllic Caribbean island with bright blue waters.

The beautiful islands off the coast of Cartagena in Colombia are more than picturesque. You can stay at one of the couple hotels or take boat tours that tour the islands, stopping for snorkeling and delicious seafood. These islands give you a perfect, secluded Caribbean experience. 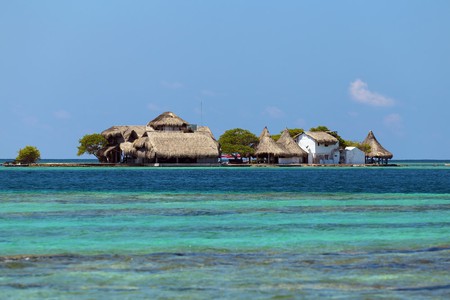