The 10 Most Historical Cities in the World

One of the best things about traveling is exploring the history of a given place. Doing so can help us understand how it became what it is today. It can also help us question our own cultures and societies. We have compiled a list of the most historical cities around the world that are still inhabited. All you have to do is decide which one you’ll visit next!

A city located high in the Andes Mountains, Cusco was once the capital of the legendary Incan Empire. Not much is known about the city’s origins, but it is believed that it was built in the image of the puma, an animal sacred to the Incas. Either way, it is clear that the city was constructed in adherence to distinct urban planning. Cusco was advanced both economically and administratively. Heads of household were expected to pay taxes, and city officials used the money to build infrastructure and provide food and security to the people in times of need. It was also a hub for mathematics, astronomy, and calendar systems. Many ruins are located just outside of the modern city center, which also offers plenty to do and see. 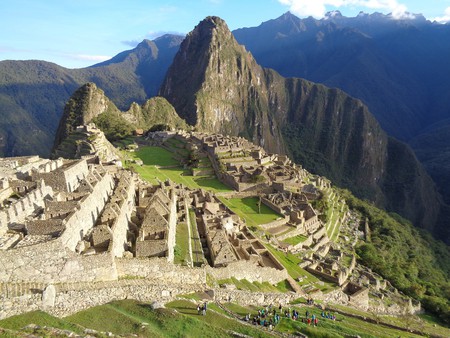 Before Alexander the Great founded it in 331 BC, Alexandria was already an important port city due to its location on the Egyptian Nile Delta. Alexandria was once a premier center of knowledge in the ancient world. It was home to a vast library of scrolls, one of the largest in ancient times. The library stood as a symbol of culture and intellectual achievement, until it was burned down in a fire that Julius Caesar himself started. The city was also home to Eratosthenes, the philosopher who discovered the earth was round through his measurements. Centuries later, Alexandria played a significant role in Napoleon’s military operations, also due to its central location.

Nowadays, you can walk through ancient streets and see where east met west at the height of classical civilization. 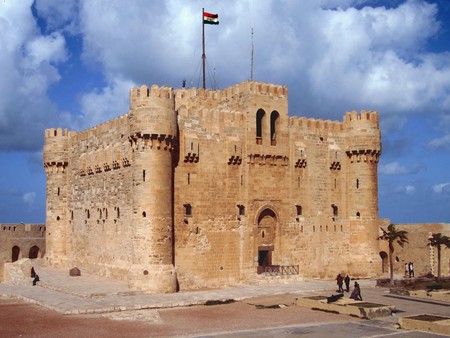 No doubt, Athens has played a fundamental role in shaping the Western world into what it is today. By 1400 BC the city was already prominent in the ancient world. It has actually been inhabited for over 7000 years. A city-state of the once-burgeoning ancient Greece, Athens played a critical role in shaping philosophy, drama, literature, and science.

Its central location made it a hotbed for cultural interchange and commerce. Athens is home to many awe-inspiring ruins like the Parthenon and The Temple of Olympian Zeus. Athens still serves as a bustling metropolis and is known for its culture, arts, media, entertainment, commerce, and finance. 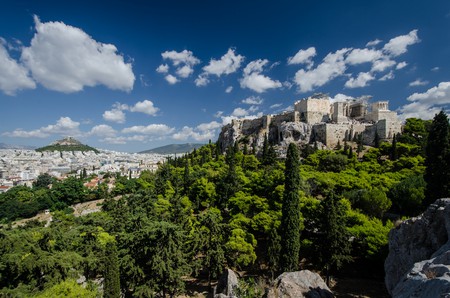 Dating all the way back to 11th century BC, Varanasi is one of the oldest cities in the world. It is located in the Indian state of Uttar Pradesh on the River Ganges, and many come to its banks to perform funeral rites, as it is believed those who die here will be granted eternal life.

Varanasi is also home to many temples, making it one of Hinduism’s seven holy cities. One of its most notorious sites is the Golden Temple, which honors the Hindu god Shiva.

Nowadays the bustling Varanasi is as vibrant and colorful as ever. Visit to experience the moving rites of life and death taking place at the riverbank, and get lost in one of the city’s many ancient labyrinthine passageways. 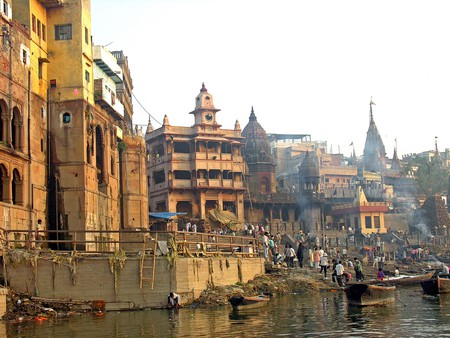 One of the most historically preserved cities in Europe, Prague offers a perspective of life in the middle ages. Some famous figures from Prague include the artist Alphonse Mucha (although born in Ivančice), and author Franz Kafka. Mozart was also a frequent visitor here.

The Bohemian city is rich in folklore; it was home to a historically large Jewish community, and had a significant monastic presence. In Prague you can also find the oldest functioning astronomical clock, the Prague Castle, and the tavern where Pilsner beer was first produced.

It was part of the Austro-Hungarian Empire and more recently, a member of the Soviet Bloc. Since the Czech Republic gained its independence, Prague has become an increasingly chic city with a multicultural presence, great commercial centers, and acclaimed eateries. 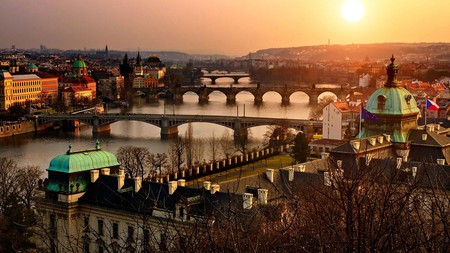 Beijing is officially more than 3000 years old, but it has played a role in Chinese history for as long as eight millennia, as it is one of the four ancient capitals of China. Specifically, Beijing was the home base of the notorious Ming and Qing Dynasties, as well as the capital under Chairman Mao during the Chinese Communist Revolution. The city is ripe for exploring all that they left behind.

There is the famed Forbidden City, which was the astounding imperial palace under the Qing Dynasty. There are also many exquisite Chinese Temples, and you can walk a good portion of the Great Wall. Beijing bears an expansive history of one of the greatest and most fascinating human civilizations, and it has since become highly modernized. 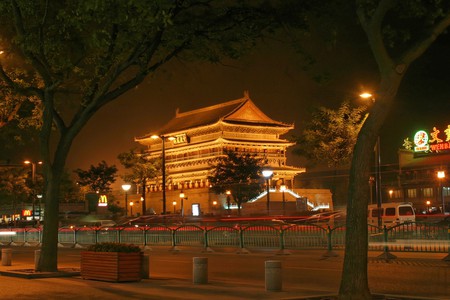 Berlin is known to strike the perfect balance between poor and sexy. Yet, its story is one that requires some reading between the lines, as you explore the city at present. Berlin’s history is something you feel more than you see, as you get lost in its hip, nonchalant mood, and suddenly find yourself getting goose bumps as you recall everything that’s happened here.

Berlin was the capital of Nazi Germany. and it was infamously divided down the middle during the Cold War. Before this, it was graced by the likes of Marx, Einstein, and many other great thinkers. Its very essence was born out of this history as its inhabitants developed the counterculture and nightlife, which makes it so famous today, in response to its rich (albeit sometimes tumultuous) past. 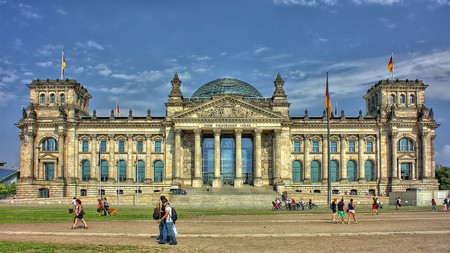 Istanbul is the crown jewel in an important thread of history. When it was known as Constantinople, it was the capital of the Byzantine Empire following the fall of Rome, and it was a significant stop in the Silk Roads. In fact, due to its central location between the East and the West, most classical civilizations played some part in shaping it. Istanbul was also an Ottoman capital until it was dissolved after World War I.

Reminders of each element of its rich history can be witnessed throughout the city, because much of it is marvelously preserved. A great example is the Hagia Sophia, which was a massive church under the Byzantine Empire that was converted into a mosque during the Ottoman rule. 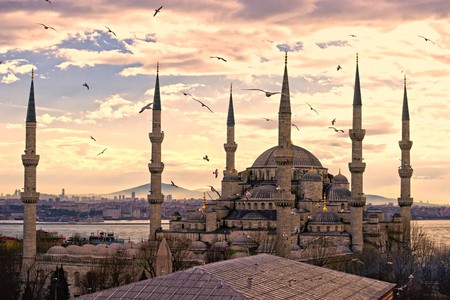 It is believed that the Phoenician Queen Dido founded Carthage around 900 BC. The Romans ultimately brought the Carthaginian Empire to ruin as a result of the Punic Wars. Because of its central location, however, they realized that is was a necessary strategic location in their empire. Under Julius Caesar, the city was revived and ultimately flourished as a colony. Unfortunately, Carthage’s plight as a foreign conquest did not end there. The Vandals, Muslim Conquerors, and the Byzantines all had their hand in Carthage’s history. Many ruins were left behind including Roman villas, the ancient Antoine Baths, the Sanctuary of Tophet, and the Punic Port that still harbors remarkable views of the sea. 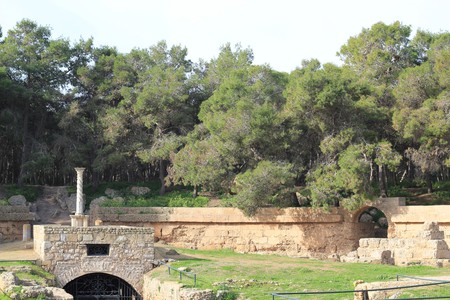 Boston is one of the oldest cities in the United States. Historically, it is home to America’s intellectual elite. In fact, the nation’s first university, Harvard, was founded here. Today it is still the city with the most colleges in the country.

In a political sense, Boston was a significant site for the American Revolution, making it the backdrop to many events that have altered the course of history. The city has maintained much of its historic urban layout. The city’s New England-style architecture and cobblestoned streets still pay homage to those times. Boston has become much more than its past, as it has become an innovative and modern city with a dynamic culture. 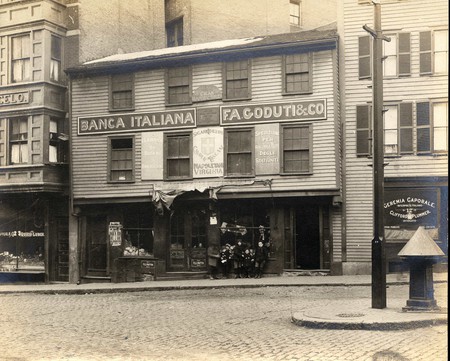