The 10 Most Beautiful Towns In Peru 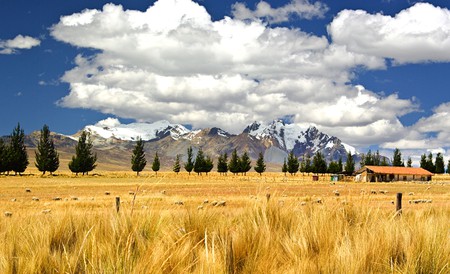 Peru is a land of diverse biomes and cultures. It harbors staggering mountains, enormous lakes, rivers, canyons, and cloud forests. The indigenous peoples and rich traditions of Peru can be found in all of these landscapes, even some of Peru’s most extreme environments are the sites of small towns and villages. Check out this list of the 10 most beautiful towns in Peru.

Located on the Peruvian coast, Chimbote began as a humble fisherman’s village in the 1800s with a population of less that 800. Today it is the source of 75% of Peru’s fish cultivation, and the population now weighs in at over 300,000. You will probably catch a scent of fermenting fish on the wind, but it’s worth it for the breath taking ocean views. The sea is dotted with mountains, creating a jagged blue-green horizon. Chimbote is located in a desert, but its climate is comfortable due to the Humboldt Current. The weather is perfect for a stroll through Chimbote’s central plaza. In the evening catch the sunset with a visit to the Malecón, Chimbote’s seaside esplanade, and witness the many fishing boats returning to the harbor. 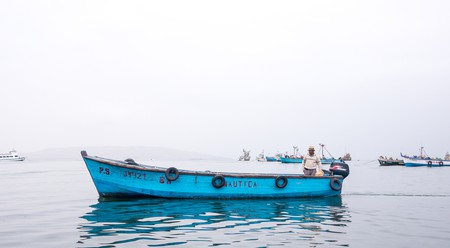 Located in central Peru, Tingo María is the capital city of Leoncio Prado Province. Its nickname is ‘the Door of the Amazonia’ and it was thought to be unreachable until the late 1930s. Today it is largely known for coffee production and a tropical climate. It is located in the Huallaga River Valley at the base of the limestone mountain range called La Bella Durmiente, or Sleeping Beauty, because it looks like a sleeping woman. There is the University in Tingo Maria that specializes in forestry, and the nearby Tingo María National Park is certainly worth a visit, offering a taste of the lush secondary forests of the Amazon and featuring the Cueva de las Lechuzas, or Cave of the Owls. 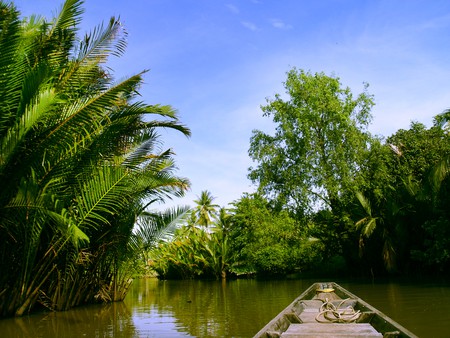 The entrance to the Amazon in Peru | © Artorn Thongtukit / Shutterstock

Founded by the Spanish all the way back in 1538, Tarma is located in the Peruvian altiplano, or highlands. It is considered one of Peru’s most welcoming cities for travelers though it might be difficult to get here with the high altitudes. It is surrounded by crumbly brown mountains and situated just on the cusp of the jungle. This makes it a great home base if you’re thinking of coming to Peru to explore the central Amazon. The gorges of Tarma were once home to the Incas, and their settlements remain, albeit not as fully restored as those of Machu Picchu. As a result of Spanish colonization, much of the architecture in the region features red roofs and white plaster walls, in 19th century fashion. 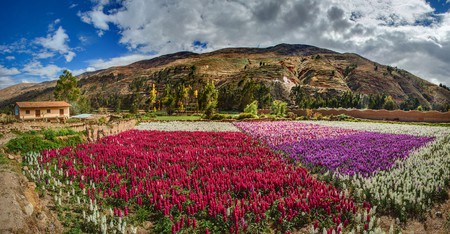 Urubamba is located in the Sacred Valley of the Incas, at the base of the mountain Chi’qun. In Quechua, the name means ‘flat land of spiders’. This may sound like a scary name, but in actuality Urubamba is a great place for first timers in Peru. Its moderately high altitude makes for a good place to get acclimatized to the highlands. The town is also known for its high quality ceramics. We recommend that you make your visit during June when the El Señor de Torrechayoc is on. This festival brings an influx of visitors, and costumed dancers perform in the streets as part of the celebration. Urubamba is also located near many famous Incan ruins. 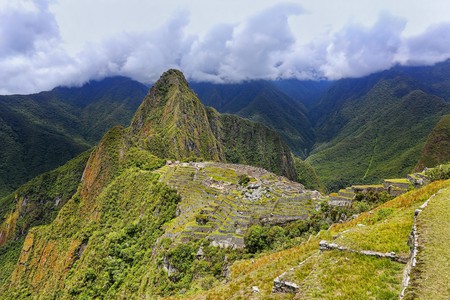 Miraflores is one of the most upscale districts of Lima. It is located on the picturesque coastal cliffs of the Pacific. Miraflores is one of the major cultural centers of Lima, featuring a theatre, museums, and art galleries. It is a great tourist destination as it is host to acclaimed hotels like the five star Miraflores Park Hotel. There is also a myriad of boutiques, restaurants, bars, clubs, and pubs. Larcomar is a particularly popular spot to grab food, bowl a few rounds with friends, or catch a movie in Lima’s most state-of-the-art cinema. There are many beautiful parks in Miraflores too, including that of the Miraculous Virgin where you can behold the extraordinary Church of la Virgen Milagrosa.

Ica is a desert oasis that produces astronomical amounts of produce right in the middle of the dunes of the Atacama. It is only a few kilometers from the pristine Huacachina Oasis, which is certainly worth a visit. Ica is even the nation’s largest wine producer, as well as producing Pisco brandy. Unfortunately, Ica suffered a lot of damage during the 2007 earthquake. Many buildings are still undergoing repairs, and Ica’s beautiful cathedral was condemned. Still, Ica is home to the Museo Regional de Ica, which houses multiple mummies and pre-colonial artifacts. It is also near Nazca where you can see the famous Atacama Desert drawings.

The Huacachina Oasis, in the desert sand dunes near the city of Ica, Peru | © Marktucan / Shutterstock

Puno is located near Lake Titicaca and the site of 41 floating islands still inhabited by the indigenous Uros people. Puno is also a highly commercial city with a lively, progressive population. It is a place where the past stands firm amidst the present, as you bear witness to colonial architecture, and many wear the region’s traditional colorful garb. You can also find lots of textile made in authentic styles out of alpaca and llama wool as well as traditional Peruvian instruments for sale like the wooden siku. There is an air of festivity in this town as it is considered the folkloric capital of Peru. Catch some of this cheer in any of the local bars.

Aguas Calientes is located at the bottom of a large gorge below the legendary Machu Picchu. This small town found its origins in the early 20th century with the construction of the Peruvian Railway. The pueblo is otherwise geographically sectioned off from surrounding areas because of its proximity to soaring mountains, cloud forests, and the Willkanuta River. It is perhaps the pristine nature of this place, however, that makes it so stunning. Additionally, the town gets its name because of the ample hot springs that can be enjoyed here. The ancient Incan ruins of Machu Picchu, which reside only about an hour and a half walk away, are worth making a trip through the elements arrive in Aguas Calientes. 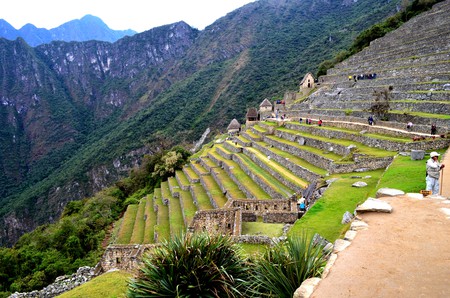 Large volcanic mountains form the scenic backdrop of Arequipa. Much of its predominating baroque style buildings were constructed out of the white volcanic rock from this mountain. Many of such buildings feature intricate carvings. The city faces frequent earthquakes, but the white volcanic rock makes Arequipa’s buildings resilient. The Basilica Cathedral located in Plaza de Armas, the principal square of the town, is notoriously beautiful. It became a UNESCO World Heritage Site in 2000. Arequipa, the second largest city in Peru, is also home to excellent cuisine and harbors a rich history. Colca Canyon, one of the deepest canyons in the world, lies nearby.

La Rinconada is a Peruvian city high in the Andes. La Rinconada is the highest altitude human settlement on earth; not a place for the faint of heart! It is 5100 meters above sea level and located near the base of a glacier whose name is also La Bella Durmiente. Therefore, it is snowy most of the year with only a brief summer. La Rinconada is close to a gold mine, and many of its 50,000 inhabitants are miners and their families. Despite the inhospitable altitude for those who aren’t used to it, the breathtaking scenery of angular snowy peaks against bright blue skies are positively astounding. 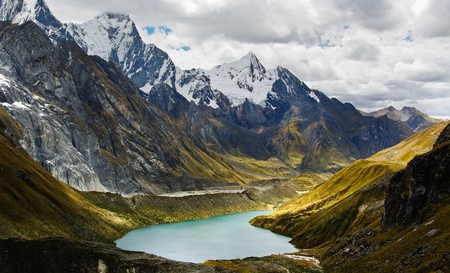 Lake in the Andes, Huayhuach, Peru | © Jujubier / Shutterstock
Give us feedback