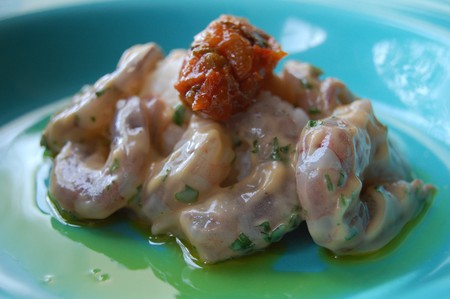 Latin America is home to an abundance of health foods, many of which go way back to ancient civilizations. For years the people of South America have been incorporating a number of berries, fruits and grains into their diets, which offer a plethora of health benefits. We can learn a lot from the diets of Latin American countries: here are some of the healthiest foods which originate from this part of the world.

Protein-rich and gluten-free, it is no wonder that quinoa, from the Peruvian highlands, was considered to be the ‘mother of all grains’ by the Incas when it was domesticated four thousand years ago. Closely related to species such as beetroots, spinach and tumbleweeds, it possesses far more health benefits that your average cereal grain. Indeed, it is an exceptionally nutritious source of fiber, magnesium and phosphorus, but it can also be used in a myriad of bases, as well as being easily turned into flour.

Otherwise known as the ‘Inca berry,’ pichuberry is a small fruit that originated in South America. Containing a colossal number of antioxidants and over 20 times the amount of vitamin C found in most oranges, it really is the fruit of life. Indeed, some researchers even praise the pichuberry with preventing cancer, due to the fact that it is said to stall the aging of cells. Additionally, it is known as an anti-diabetic fruit in Peru as it stimulates the production of insulin and the food absorption process. The fruit is delicious when paired with quinoa in a salad, or as a perfect complement to your morning oatmeal or yogurt.

In many respects, sacha inchi slightly resembles peanuts, and in parts of Latin America, they are often called as such. However, unlike their fatty counterparts, these seeds offer some of the highest sources of omega 3 and omega 6, as well as top supplies of iodine, vitamin A and E. For the skin, this is perfect because it enables the seed to restore lipid balances. Dress a salad with sacha inchi and you have yourself one of the most nutritionally dense meals around.

Although lucuma is not widely known in most of Latin America, it is found everywhere in Peru, where it is traditionally known as the ‘gold of the Incas.’ It is a sweet fruit that has been harvested since ancient times in the country’s highlands, with a flavor best compared to that of maple and sweet potato. Its health benefits are widespread and have been cherished for centuries, particularly as it makes for a perfect low-sugar sweetener that is rich in iron, calcium and beta-carotene.

A pseudo-grain, amaranth is incredibly precious to South America as a foodstuff boasting a complete profile of amino acids and a high richness in iron, magnesium and copper – all minerals necessary to maintain a healthy body. Not only this but a diet that incorporates the grain is believed to reduce cholesterol, stimulate the immune system and even lower blood glucose levels. It is widely available throughout the continent; stalls all over South America sell amaranth snack bars, giving passersby opportunities to replenish their bodies with its earthy flavor. It can also be known by its more common name, kiwicha.

Ceviche, perhaps mostly attributed to the coastal areas of Latin America, is a mix of fresh seafood that is usually accompanied by citrus juices, as well as cilantro, chile peppers, tomatoes and onions. Usually, this is served alongside dishes of sweet potato, avocado or plantain. Latin Americans have been eating ceviche for over two thousand years, the dish having been brought over and adapted from other Spanish colonies around the world. Packed full of protein, low in carbohydrates and sugar, this is one of the most healthy delicacies on the continent. 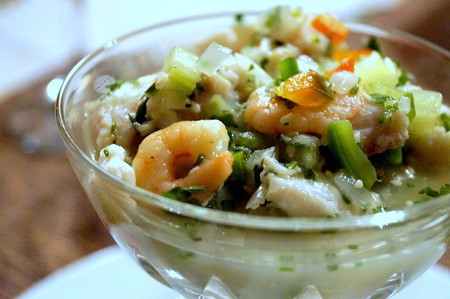 It is common knowledge that the birth place of the potato is South America, with evidence that the foodstuff was domesticated over ten thousand years ago in the areas between Chile and Peru. Although today potatoes are an integral part of most of the world’s diet, it is often forgotten that the majority of potato sorts still comes from Latin America. The purple potato is one of them, getting its name from the deep purple color of its skin. In comparison to the yellow and white potato variety most are used to eating, the purple potato is four times as rich in antioxidant phytochemicals and even helps lower blood pressure.

Over two thousand years ago, when the ancient Incas ruled the area that is Peru today, they utilized the power of maca powder. Deemed the ‘superfood of the Andes,’ the mildly nutty-tasting root helped rebuild weak immune systems, re-mineralize the body and increase energy and stamina. Centuries later, and maca continues to make a real difference to people’s lives, exhibiting medicinal and curative properties due to its astonishing content of amino acids, vitamins, fatty acids and glucosinolates. Today, the best way to benefit from the superfood is to blend a small dosage of it into smoothies, yet in Peru, it isn’t uncommon to find the powder baked into bread.

Found in Peru, purple corn is a peculiar variety of the yellow kind that has been harvested on the continent over hundreds of years. Incredibly nutritious, it is considered to boast far more antioxidants than found in blueberries. Today, it is incorporated into most Latin American diets, as it is often turned into cornmeal, flour and even popcorn. Alternatively, the people of the Andes sometimes soak the kernels in hot water, transferring a deep purple color to foods and beverages – indeed, in South America, chicha morada is a common drink that is made by boiling the purple corn with pineapple, cinnamon, cloves and sugar.

In Brazil, where acai are widely grown, the tiny, glittering berries make up a large percentage of the diet. Twice a year, they are harvested from high palm trees and hide a myriad of nutritious elements such as potassium, copper, magnesium, vitamins A, D and E and a plethora of omega-3 fatty acids. Providing its consumers with a source of pure energy, it is easy to see why acai is considered to be one of the most healthy foods in Latin America. All over the world, these superfood berries can be purchased in tablet form or consumed in juices, smoothies and energy drinks.