The 10 Coolest Surf Towns in the World 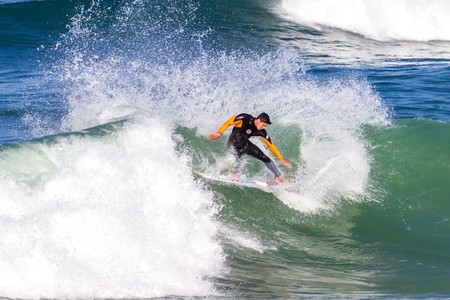 Which are the best surf towns in the world? It’s not enough just to have good waves, although that is a big part of it. After you’ve been surfing all day, you want to head back to a town that has good vibes and great food. Not all surf towns are created equal, and they are as diverse as the breaks you surf. Here is our list of places where you’ll come for the surf but stay for the town.

It’s French culture with a California surf vibe, and one of the capitals of European surfing. You’ll find the best beach breaks in Europe here, and afterwards, you can chill at a French café. For any surfer looking to go to France, this beach town is your spot.

San Clemente is the heart of contemporary surfing in California. Most big-name surf companies have headquarters here, and you’re likely to be surfing next to some of the top professionals in the world. The town has a laid-back, So-cal atmosphere that makes it one of California’s best beach towns with year-round, world-class waves. 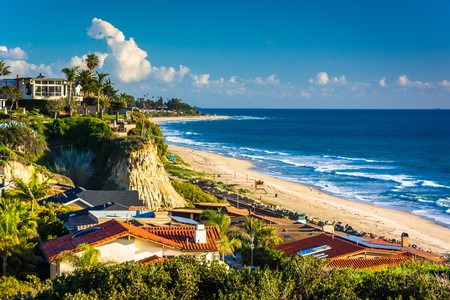 It isn’t a secret anymore: Puerto Escondido is one of the best beaches and surf breaks in all of Mexico. This stretch of coastline encompasses many different beaches, all with different personalities. What’s not to enjoy about a Mexican beach town, especially when it has some of the best waves in the world? 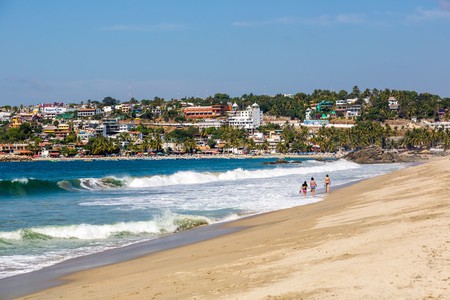 Raglan in New Zealand rose to prominence with the movie The Endless Summer, but it hasn’t lost any of its charm. The town has a chilled-out vibe with a foodie scene focusing on organic food and healthy eating. You’ll find waves for both beginners and experts, not to mention plenty of outdoors activities and trekking. 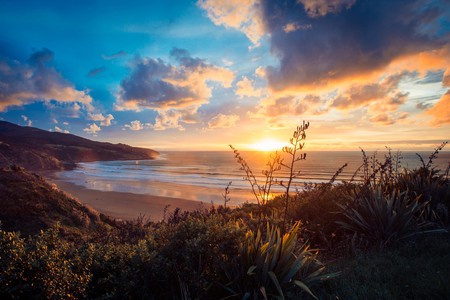 Without a doubt, Bali is one of the best surf spots in the world, offering the best waves for both pros and beginners. While you may come for the waves, you’ll stay for the beauty and vibes of Bali. The island is well known for its spirituality, and one of the reasons people come here is to attend spiritual retreats such as yoga and meditation. Couple that with picturesque beaches and beautiful landscapes and you’ll never want to leave. 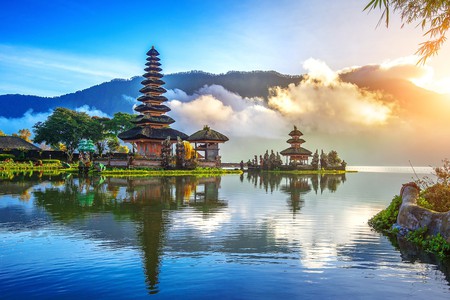 A temple in Bali, Indonesia | © Shutterstock

Thinks slabs of barrels and a nightlife to match it; Maresias is one of the best surf towns in Brazil. Ever since a road was cut through the jungle connecting it to São Paulo, it has become a go-to destination for Brazilians and tourists alike. It’s scenery is unparalleled – jungle meets bright blue waters – and it has all the Brazilian vibes you’re looking for. 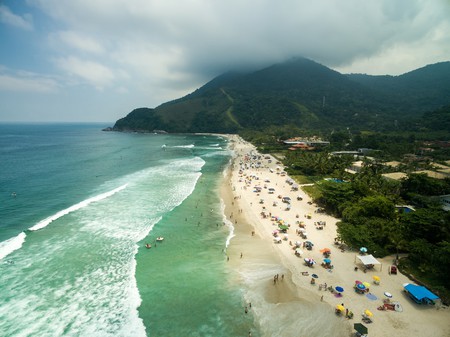 Santa Cruz doesn’t get the same hype as some other California beach towns, but they prefer it that way. Located in northern California, about a 90-minute drive from San Francisco, Santa Cruz has some of the best waves in California, with California’s most unique vibes. Undesirable cold water and localism scare some surfers away, but don’t let that put you off. 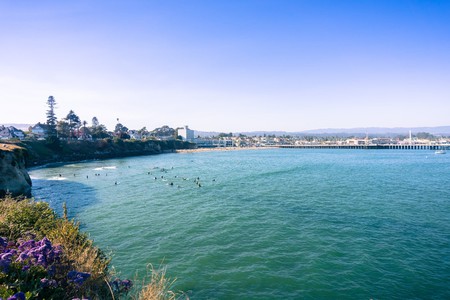 The beautiful town of Newquay in Cornwall also has waves (some really good ones at that) and a lively surf culture. You get an English town, with cobblestone streets and stunning cliff sides, and a coast that can hold almost any swell. 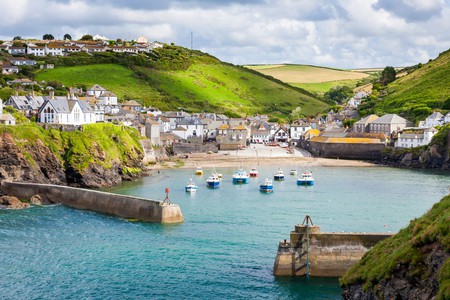 The North Shore of Oahu is the absolute mecca of surfing. If you don’t live here and you’re a surfer, then you’ve probably always dreamed about going, and Haleiwa is where you’ll want to stay. It is a laid-back surf community with authentic Hawaiian roots, and is everything you could want in a surf town. 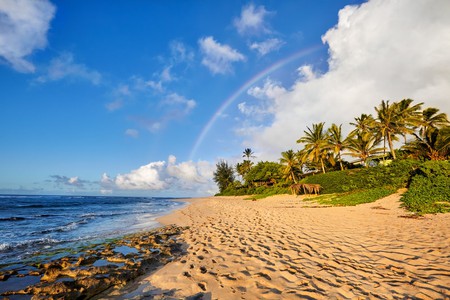 Up until the last 15 years, only a few people knew about this little beach town in the north of Peru, not far from Ecuador. In Mancora you’ll find the warmest trunkable water in Peru and some of the most consistent surf. The town has also developed a reputation as a party town, with bars blasting reggaeton lining the beach. Surf all day and then party all night – and if you aren’t into that, a short walk along the beach from Mancora is Las Pocitas, a beautiful stretch of beach with quiet beachside resorts.

Take a look at some of the best surfing spots in the southwest of England.