The 10 Best Restaurants in Miraflores, Peru

The 10 Best Restaurants in Miraflores, Peru

La Mar | © Cathrine Lindblom Gunasekara/Flickr
Jam-packed with towering skyscrapers and trendy boutiques, the seaside suburb of Miraflores is undoubtedly one of the most trendy neighborhoods in Peru, and while the very best restaurants cost a princely sum by Peruvian standards, world-class meals can be found for a fraction of the cost. From internationally renowned establishments to more modest local eateries, here are the best places to eat in Miraflores.

Restaurant, Japanese, Peruvian, Fusion, $$$
One of the dishes from Maido | © Cathrine Lindblom Gun / Flickr
According to the folks at S.Pellegrino, Maido (which means ‘welcome’ in Japanese) is on top of its game, ranking as the best restaurant in Latin America in 2017 and No. 8 in the world. The cuisine served is entirely Nikkei, a type of Japanese-Peruvian fusion that was introduced by migrants about 100 years ago and is taking the world by storm. Of course, eating here will cost a pretty penny, but it’s well worth the expense for any true fine dining enthusiast. 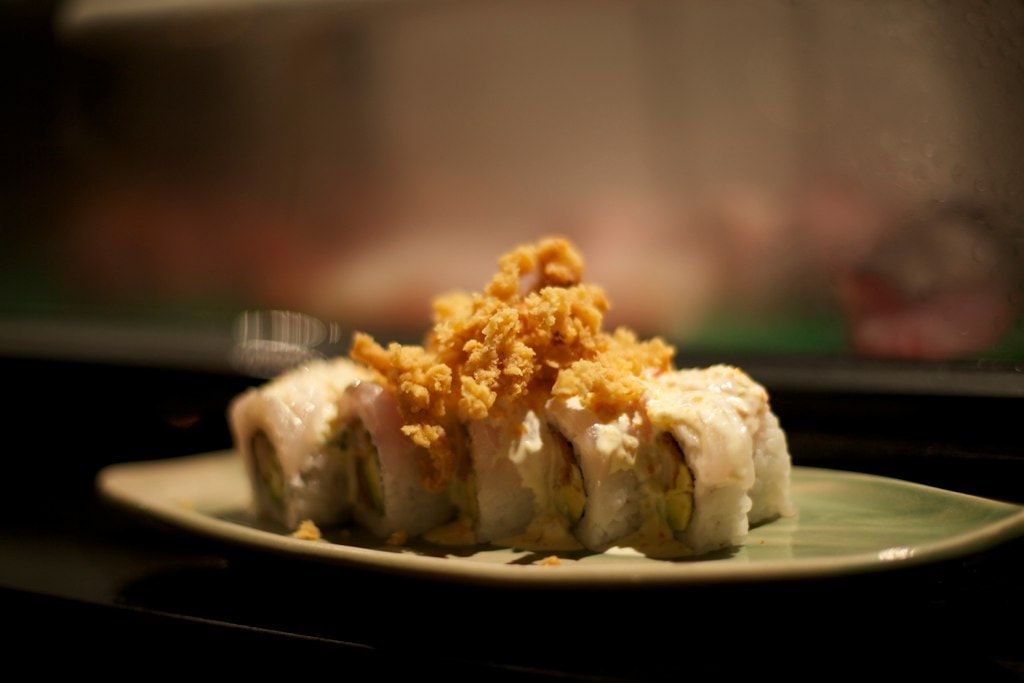 Restaurant, Fusion, Peruvian, $$$
Virgilio Martínez creation | © Lou Stejskal/Flickr
Ranked as No. 2 on the Latin America’s 50 Best Restaurants list in 2017, this longstanding favorite just goes to show that Lima—and more specifically Miraflores—is the true culinary capital of South America. Head chef Virgilio Martínez adopts a longstanding philosophy of sourcing ingredients from all over the country, from the potatoes and peppers of the high Andes to exotic seafood from the ocean floor. Again, expect to cough up big bucks (by local standards) and book your reservation well in advance to secure a table. 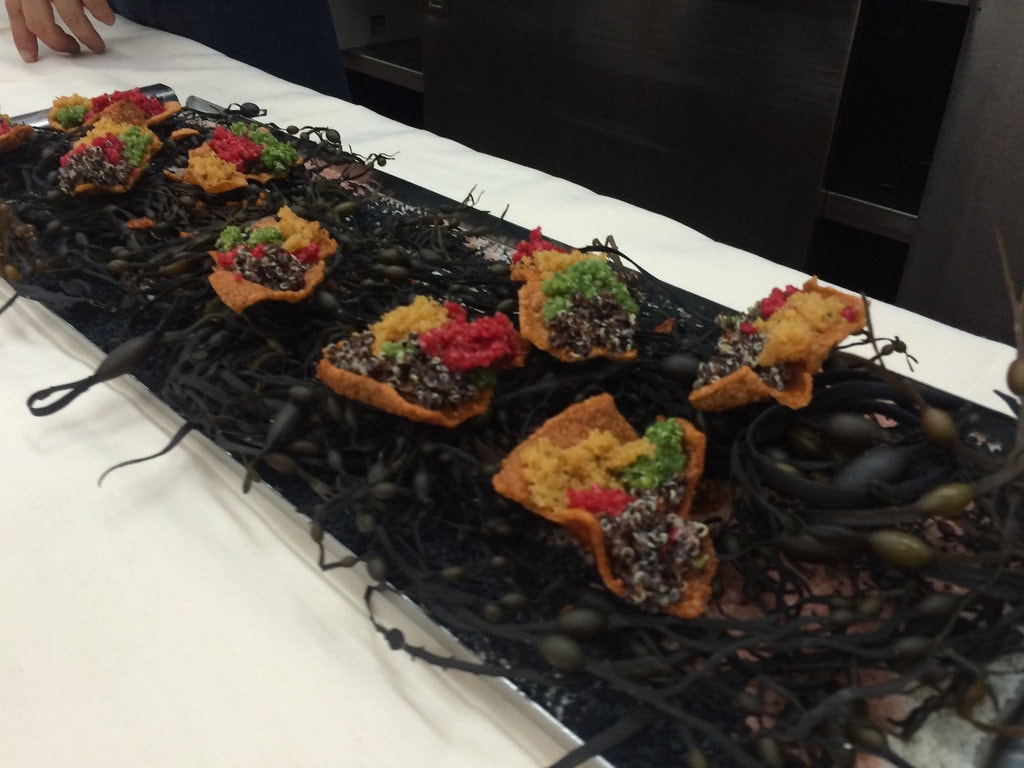 Restaurant, Peruvian, Seafood, $$$
Arroz con mariscos | © Neeta Lind/Flickr
Occupying an enviable position on Miraflores’ spectacular Malecón, a pedestrian boulevard perched on a clifftop overlooking the Pacific, El Señorío de Sulco is the best place to try some of Peru’s fantastic criollo cooking. Essentially a mix of indigenous and Spanish techniques, the criollo cuisine here is a must for foodies traveling in Peru. 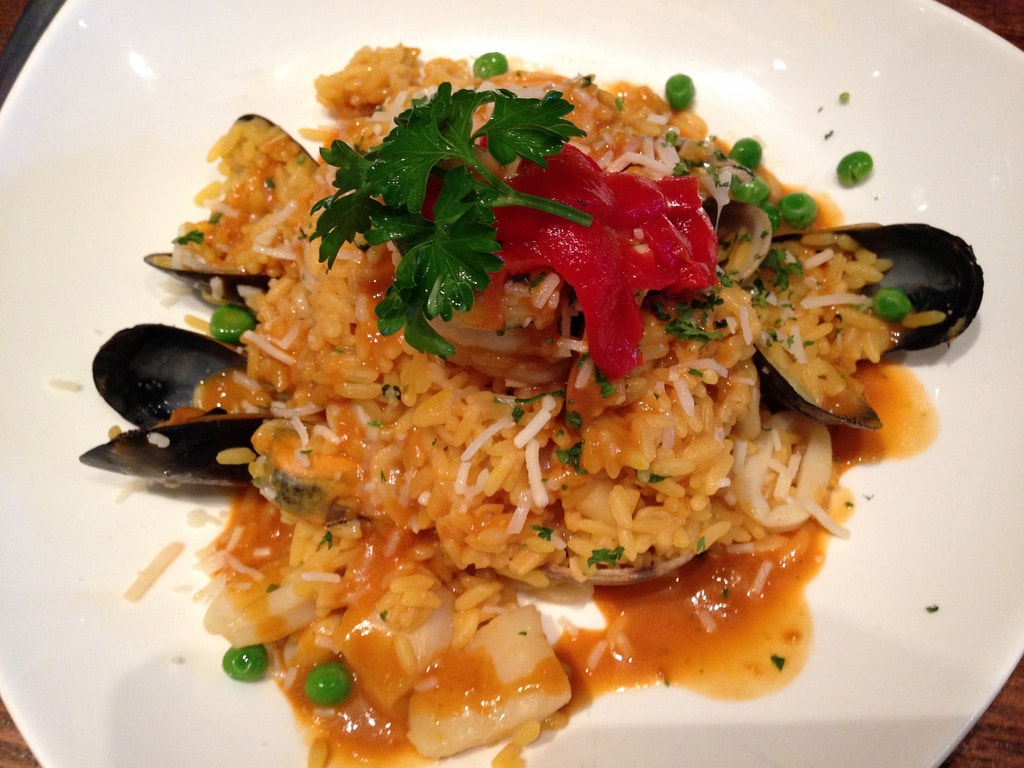 Restaurant, Peruvian, Seafood, Mediterranean
Chef Rafael Osterling at work | © APEGA Sociedad Peruana de Gastronomía/Flickr
Despite receiving a considerable amount of international acclaim, head chef Rafael Osterling has moved away from his famous tiny tasting menus and opted to serve hearty portions instead. Each of his three-course meals is based on traditional Peruvian cooking techniques and manages to simultaneously deliver both quality and quantity. 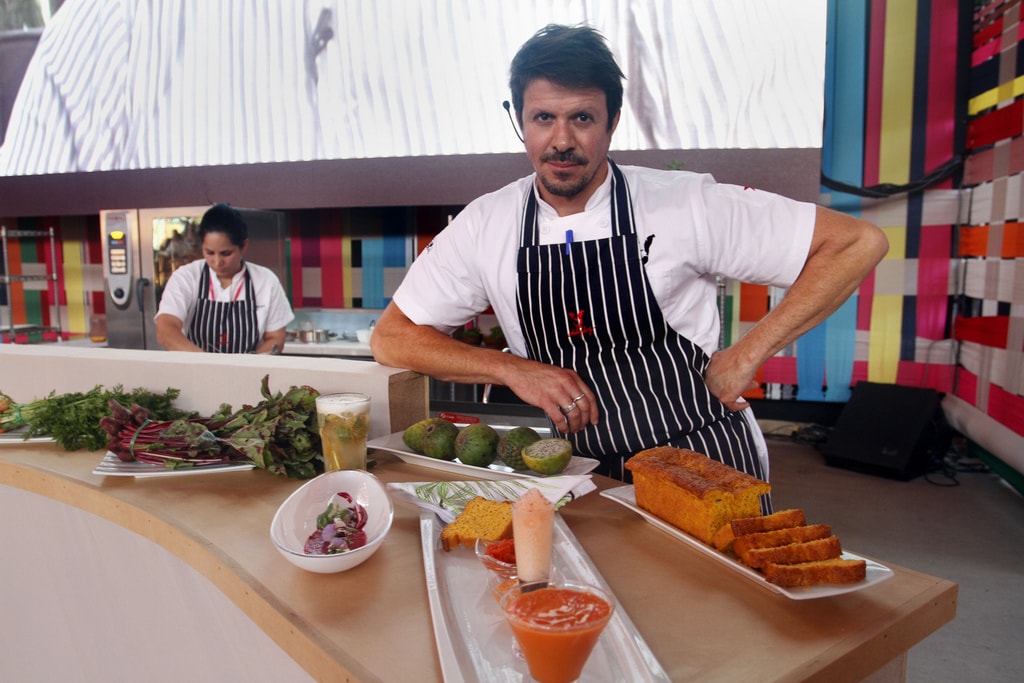 Restaurant, Seafood, Peruvian, $$$
Seafood lovers with money to burn can drop everything and head straight to La Mar, Lima’s finest cevichería and seafood establishment. Run by international superstar Gastón Acurio (Astrid & Gastón), this upmarket restaurant is a hit among well-heeled tourists and the city’s financial elite for its exquisitely prepared fruits of the sea. 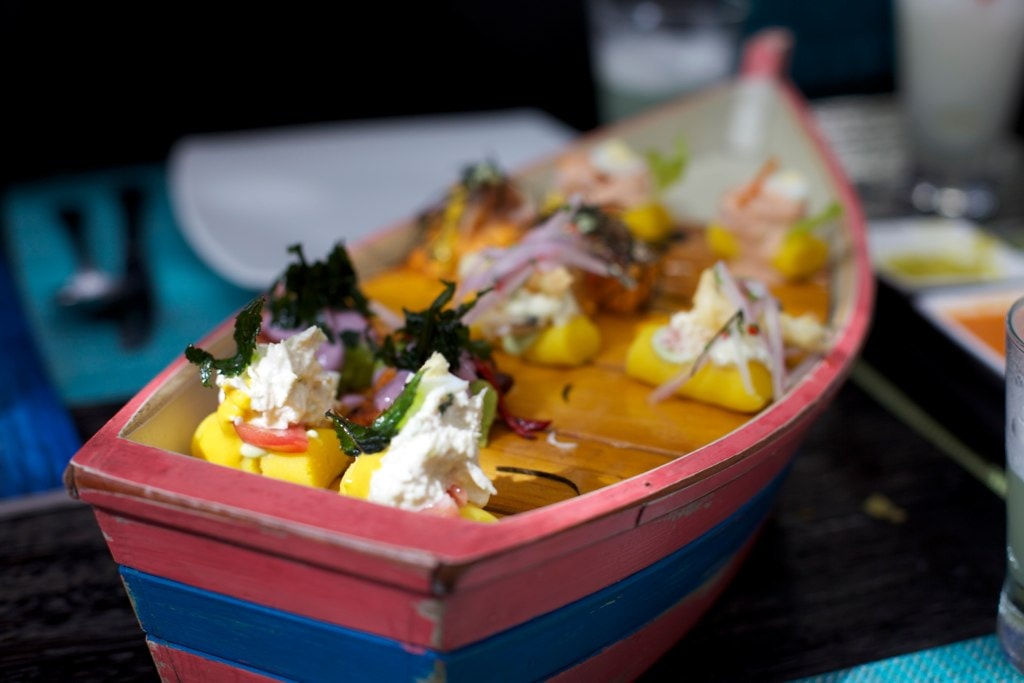 Restaurant, Peruvian, Seafood, South American, $$$
A look at some of the cutting-edge food being made at ámaZ | © Latin Discoveries / Flickr
An offshoot of the popular Malabar in Lima’s San Isidro neighborhood, head chef Pedro Miguel Schiaffino has designed his Miraflores locale to be more casual and easy on the wallet. Much like his other restaurant, the Peruvian style meals at ámaZ focus entirely on exotic produce sourced from the Amazon rainforest. 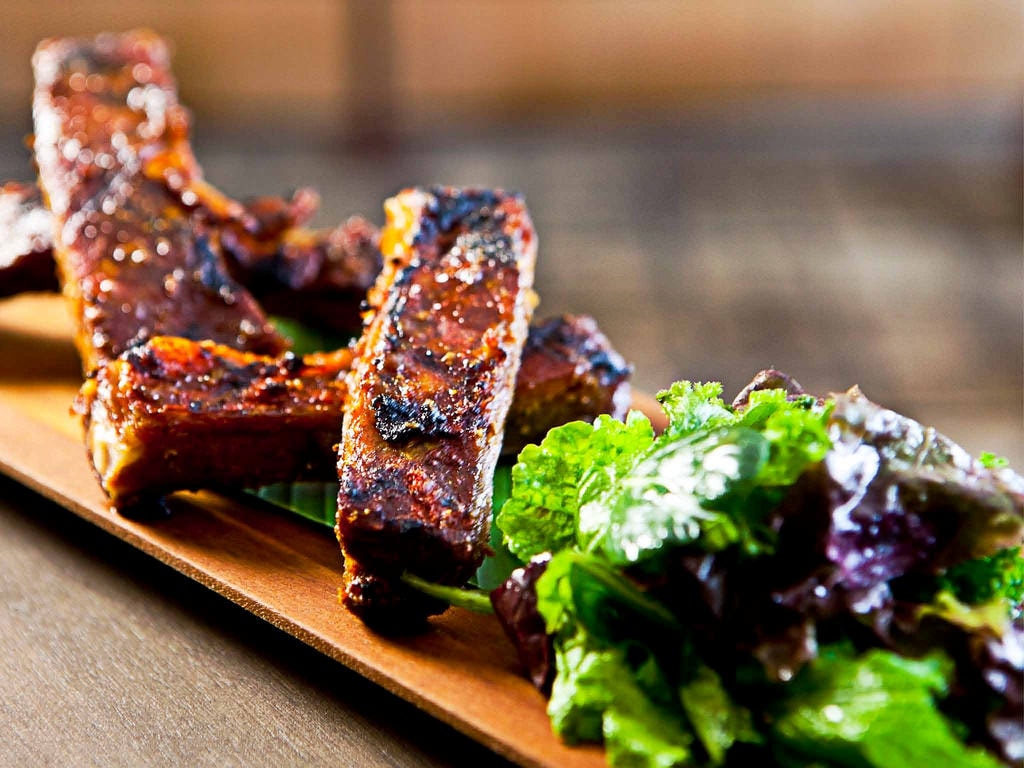 Restaurant, Seafood, Peruvian, $$$
Costazul Seafood | Courtesy of Costazul Seafood
For a hearty seafood feast that won’t break the bank, give the team at Costazul a try. Portions of fish, prawns, and octopus are huge and delicious, although Carlos, the friendly English-speaking owner, will usually recommend the ceviche instead. 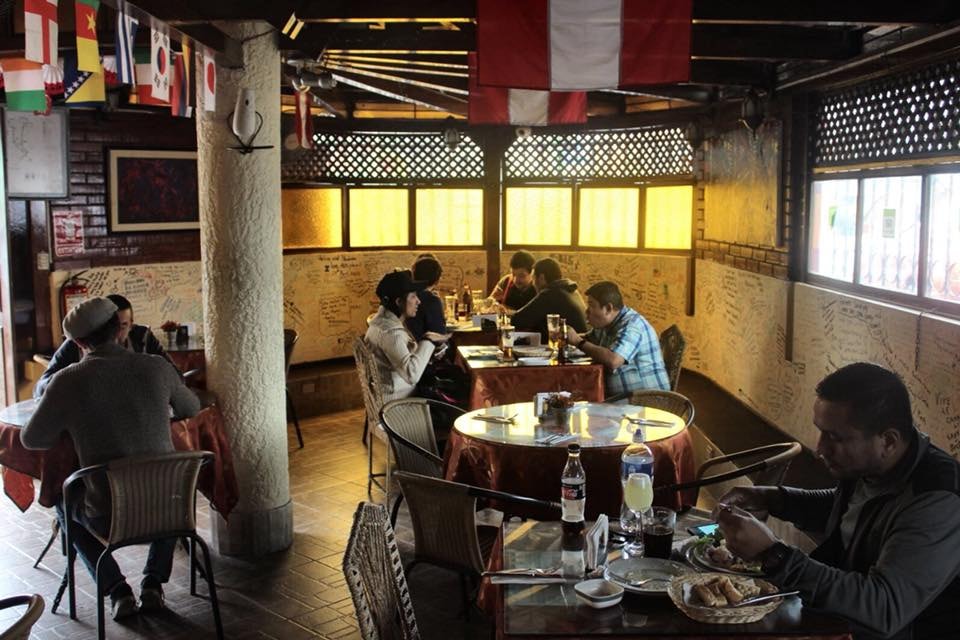 Sandwich Shop, Peruvian, American, $$$
The famous La Lucha sandwich shop | © Art DiNo / Flickr
Miraflores isn’t all about fancy fine dining—there are plenty of more modest establishments scattered around the neighborhood as well. Foodies with an appetite for a good sandwich won’t need to look further than La Lucha whose delectable creations come packed with roast beef or pork sirloin, caramelized onions, cheddar, avocado, and more. Just be prepared to queue because this place gets seriously busy. 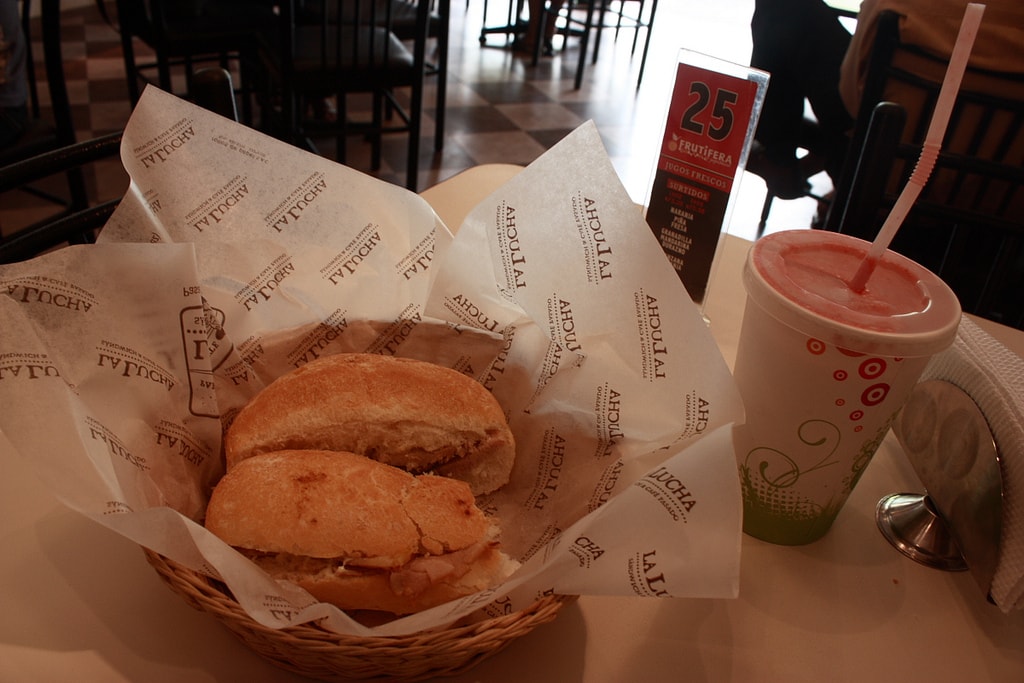 Restaurant, Fast Food, Peruvian, South American, $$$
Rotisserie chicken | © Michael Hicks/Flickr
The Peruvians have really mastered their rotisserie chicken, though few places do it as well as Pardo’s. Moist, succulent, and brimming with tasty spices, these barbequed birds put KFC to shame. Several locations can be found throughout the country, each as good as the next. 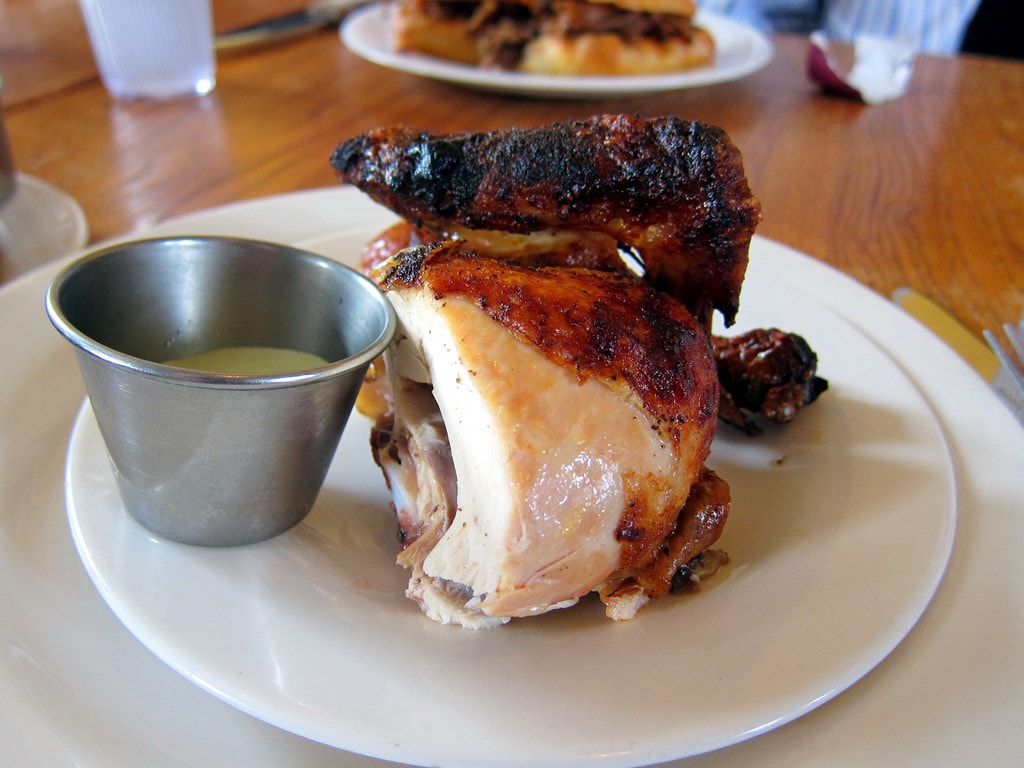 Restaurant, Chinese, Peruvian, $$$
A plate of chifa cuisine | © Pablo Matamoros/Flickr
For those looking to try the Peruvian-Chinese fusion known as chifa, Hou Wha in Miraflores is the spot. Don’t expect authentic Chinese cuisine because the Peruvian version is far from the real thing. Nevertheless, it’s an interesting and agreeable culinary experience which should be sampled at least once while in Peru. 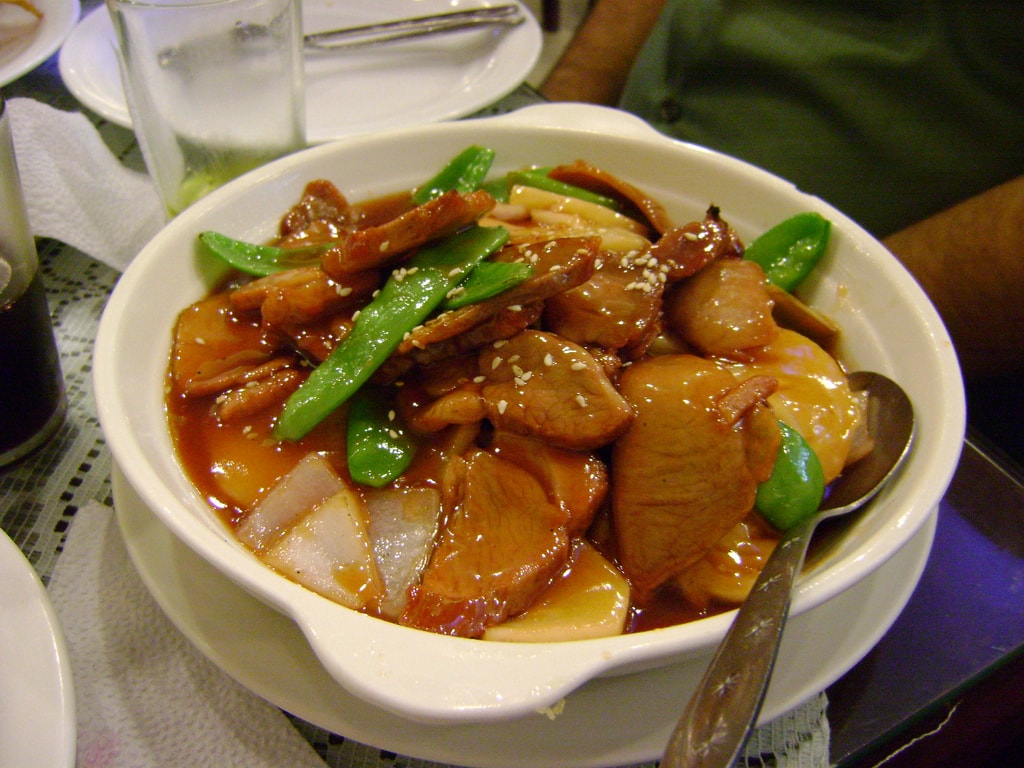