7 Superfoods You Have To Try While in Peru 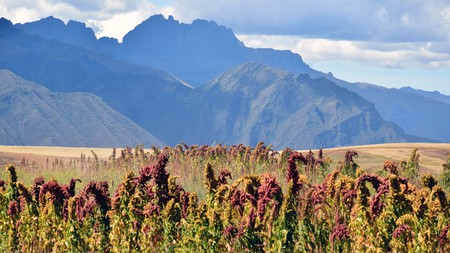 Bursting with hundreds of highly nutritious fruits, seeds and tubers, Peru has been recognized as the world’s superfood capital. From the anti-ageing, caramel-tasting lucuma to the gluten-free, vitamin-packed kiwicha, these are the miracle treats you can’t leave the country without trying.

Found only in the dense jungles of Peru, Brazil, Colombia and Venezuela, camu camu is one of South America’s most sought-after fruits. In the Amazon, these small red-yellow berries are used as a medicinal plant to treat anything from mouth ulcers to cancer. While research is still limited, nutritionists have found that the camu camu fruit has up to 60 times more vitamin C than an orange, as well as hundreds of antioxidants, amino acids and flavonoids, making it a great immune-system booster. Though difficult to find elsewhere, in Peru, you can buy the fruit in most markets, usually being sold fresh or in smoothies or ice cream. 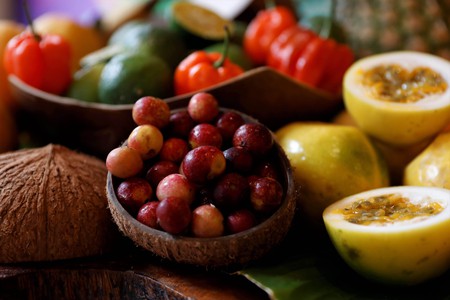 While it looks like an unripe mango or avocado, the lucuma is certainly unique. This orange-yellow fruit favored by the Inca civilization has a dry, almost powdery flesh that tastes like caramel, which means it is often blended and used in sweet treats. However, its distinctive flavor isn’t the only thing that makes it stand out. High in beta-carotene, iron, zinc, vitamin B3, calcium and protein, the fruit is thought to work wonders for cardiovascular strength and even helps fight the effects of ageing. You’ll most likely find the fresh fruit being served up in delicious smoothies or ice cream in local markets, particularly during the summer season (January through April). 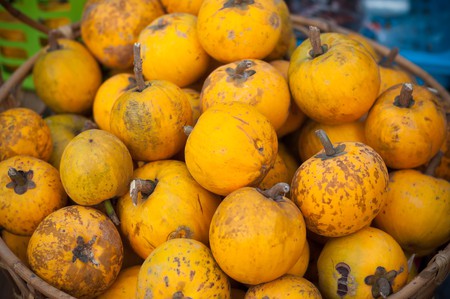 Most people are likely familiar with this superfood – in recent years, the international quinoa trade has exploded. Recognized as the only plant-based protein that contains all nine essential amino acids (as well as being a fantastic source of fiber), this couscous-like grain has become a vegan staple across the world. In Peru’s Andean region, however, quinoa has been consumed for thousands of years and was even thought to be the Inca civilization’s most important food staple, particularly when going into long and arduous battles. While you may have tried plenty of quinoa at home, you’ll find several different varieties in Peru, as well as learn the thousands of creative ways in which Peruvians use the grain, including in drinks, soups, pancakes, salads, porridge and bread. 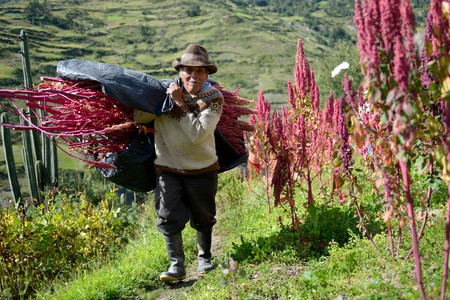 Kiwicha – also referred to as amaranth – looks very similar to quinoa, only smaller. Like its larger and more well-known sister superfood, kiwicha is thought to be a fantastic plant-based protein full of amino acids, as well as a good source of fiber, vitamin B, phosphorous and manganese. An ancient seed used for ceremonial rituals by the Andean peoples, today kiwicha is used as a gluten-free alternative for making bread or as a cereal-coating for meat; you can even turn it into porridge or toast it, which makes a delicious popcorn-like snack.

With more than 4,000 varieties of potatoes in Peru, it’s not a surprise that this should make this list. The Peruvian purple potato, however, is distinctive from the rest; rich in antioxidants and anthocyanin, this colorful spud blocks the absorption of starch, allowing only the healthy nutrients to reach your body. At home, you’ll pay quite a bit for an imported purple potato in an organic supermarket. In Peru, though, they’re everywhere – so chances are you’ll be trying them sooner than you think. 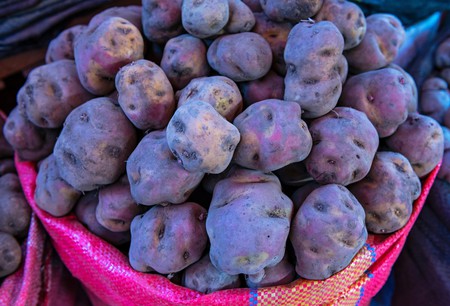 A root vegetable that looks a little bit like a potato, maca reportedly helps balance hormones in both men and women. It grows high up in the Andes, and for hundreds of years, herbal doctors have prescribed it to help with infertility, sex drive and menopausal symptoms. In recent years, researchers have found that maca has many other benefits, including a slow-releasing form of energy, which, for some, has been described as more powerful than the effects of caffeine. To feel its full effects, however, they say you must have a spoonful every day for at least a couple of weeks – so hunt it down quickly! 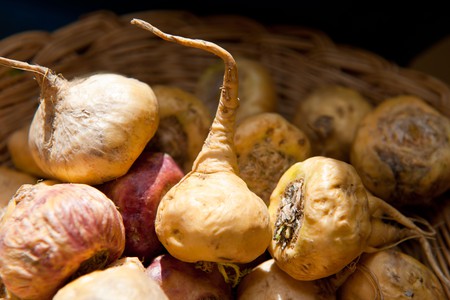 It goes by hundreds of names: aguaymanto, Inca berry and Physalis peruviana, to name a few. But whomever you ask in Peru, they’ll all sing its praises. Native to the Andean region, the pichuberry looks like a small yellow tomato, but it’s named after the berry due to its sweet-bitter taste. Packed with vitamins B, E, A and P, the pichuberry is said to work wonders for boosting your metabolism and strengthening your immune system. You’ll likely see this fruit used as decoration for desserts in more upmarket restaurants and in savory recipes such as salads and rice dishes.