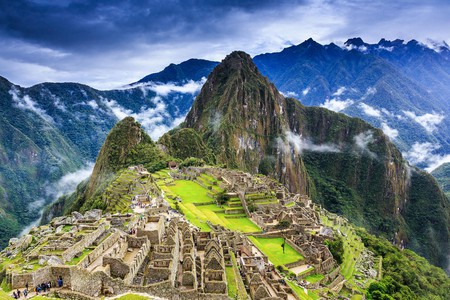 As staying in becomes the new normal, Culture Trip invites you to indulge in a spot of cloud tourism. Experience the sights and sounds of a place – without even leaving your home. Next up on our virtual tour is Peru.

With majestic peaks and ruins of ancient lost societies, Peruvian culture can inspire wonder even from afar. While you temporarily pause travel plans, check out these cost-free and contagion-free ways to peep at the landscapes of South America from your living room. Buy a good supply of limes, cuddle up to your favorite fuzzy llama doll, put on some pan flute music and immerse yourself in some Peruvian screen time.

Soak in the Andes by listening to ‘El Condor Pasa’ 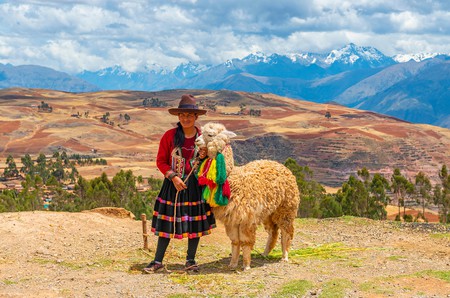 Just thinking of the Andes Mountains brings to mind a person wearing a colorful or patterned poncho and an alpaca hat with ear flaps known as a chullo (pronounced choo-yo) playing a pan flute (called a zampoña in South America) with its clear and high melodies carrying over snow-capped peaks like birdsong. In fact, one of the most well-known and patriotic songs in Peru and all of the Andean region is called ‘El Condor Pasa’ (meaning “The Pass of the Condor”), which has lyrics about the large bird that populates the region. Though neighboring Chile and Bolivia both lay some national claim to the song as well, the oldest recorded historical citation of ‘El Condor Pasa’ credits a Peruvian author, Daniel Alomía Robles, for composing it in 1913 for an operetta.

The instrument, also called a siku in the indigenous Amaraya language or an antara in Quechua, originates from the Altiplano area where the three countries meet and have territorially overlapped in the past. First made from hollow reeds that grow around high altitude lakes, the zampoña consists of pipes of different lengths either in two rows or one long row, each making a different note when the player blows across the open top.

There are a lot of varying renditions of the song, but get as close to the original as possible with more authentic versions such as the 1963 recording performed by Los Incas. Though the setting of the music is not always in picturesque mountainous landscapes, you can still imagine condors soaring around high peaks as you listen to this song from anywhere in the world.

Learn how to ‘cook’ ceviche 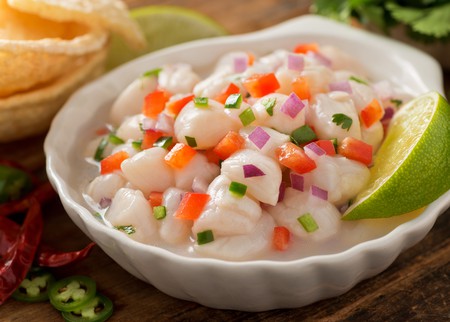 Peruvian ceviche is the original, and is supremely delicious | © Fudio / Alamy Stock Photo

Many Latin American countries (and Spain) now make this dish, but ceviche originally comes from Peru. Though it’s tempting to say that ceviche is a mixture of raw seafood, the fish is actually cooked by using lime juice. The acid in limes denatures the protein of meat (which is a fancy scientific way of saying “cooks it”) similar to how heat does, making it safely edible. During the time of the Inca Empire, the Andean people used to prepare the raw fish with a fermented corn beverage called chicha. Ecuadorians also claim a long history with the dish, though that makes sense as most of these areas in South America were all once part of the Inca Empire and therefore have shared traditions. What makes the Peruvian version distinguishable today is the so-called leche de tigre (“tiger’s milk”), which is the white liquid produced after mixing all the ingredients, including lime, cilantro, onions and chili for a refreshing and biting flavor. Try this step-by-step photo recipe from a Peruvian chef to make your own authentic version.

Cheer salud! with a pisco sour 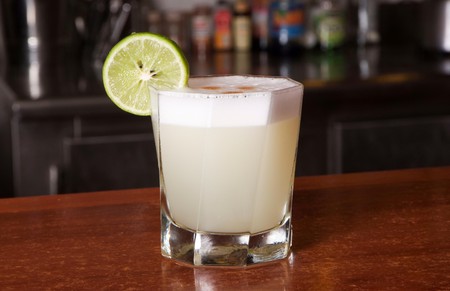 The origins of this drink are also heavily disputed between two neighboring countries that were collectively part of the Inca civilization before a time of modern borders. In this case, Peru and Chile both claim pisco and pisco sours. Pisco is made from distilled grapes, but, unlike wine, the process produces a potent clear liquor that has a stronger alcohol content. Peruvian pisco is produced in a copper still and can only be distilled once, typically resulting in an alcohol content of around 40 percent. Though the cocktail is popular across both countries, what makes a Peruvian pisco sour is the use of egg white, along with bitters and lime juice. The resulting drink is frothy, zesty and quite sweet. Most bars in Peru give demonstration classes of how to make their national drink, which is easily replicable at home.

Take your mind to a museum or two 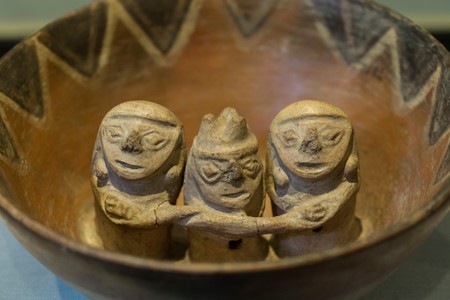 Artefacts like figures from the Wari culture can be seen virtually at the National Museum of Archeology, Anthropology and History of Peru located in Lima | © agefotostock / Alamy Stock Photo

Peru has compiled virtual tours for 19 different museums throughout the country, many of which are archeological in nature and display artifacts from ancient societies. In these tours, you can see 360-degree views of each building’s interior rooms, swiveling around to different perspectives and zooming through the museum with simple clicks in the direction you’d like to go. You can hover over artefacts to peer at them from different angles or use another click on the text to read descriptions about the collection, which are often in English as well as Spanish. 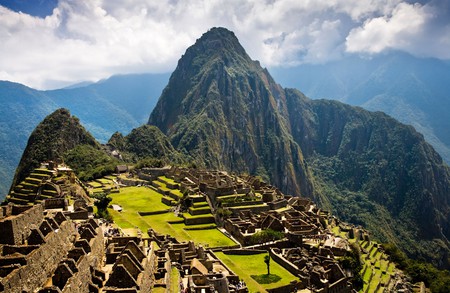 Machu Picchu, which means “old mountain” in Quechua, is an ancient city located high in the Andes Mountains. Many venture on a four-day trek up the Inca Trail to summit the ruins. With temples and tombs perched atop the cliffs, the site likely had multiple uses as a place to worship, live, produce agriculture and be buried. It was built at the height of the Inca civilization’s rule around 1450, and shows the society’s advanced but eradicated technology of construction and agriculture. The boulder-sized stones of many buildings were so perfectly joined together along airtight seams yet miraculously without the use of mortar, wheels or even any identifiable tools.

The Andean people also built and farmed by working with the natural contours of the landscape in innovative ways, rather than leveling the land or bending nature to human will. It’s a unique site to behold and a bit sadly mysterious, since so much knowledge was lost. Numerous virtual tours of Machu Picchu are available online. But if you want a moving story along with the view, some of the awe of Machu Picchu is captured in the film Diarios de Motocicleta (Motorcycle Diaries) (2004), which is also worth a watch to get a peek of social concerns in Peru. In the movie, a young Ernest “Che” Guevara travels through South America, stopping in Peru and witnessing some of the social disparities and injustices of the indigenous peoples and the poor, and is slowly revolutionized into the leader he would become. 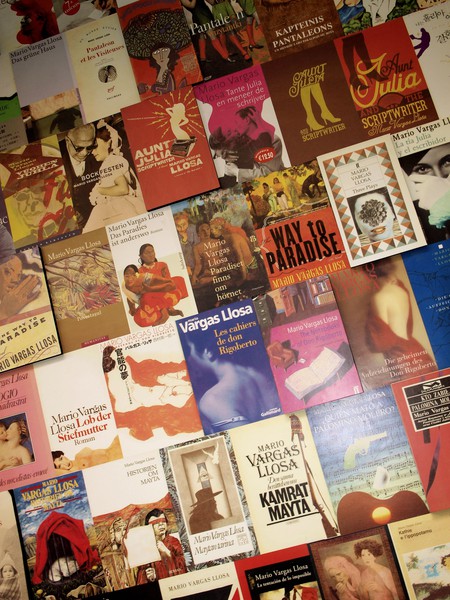 To get a good representation of more modern day concerns in Peru, read the works from one if its most acclaimed authors, Mario Vargas Llosa. Llosa won the Nobel Prize for literature in 2010, taught at Princeton University and had an active life of politics in Peru, at one point running for president. His many books demonstrate personal resistance against corrupt political forces and shift stylistically from modernism to postmodernism. Some particularly esteemed novels include The Time of the Hero (1963) and Conversation in the Cathedral (1969), among many others. And though many of his works focus on dictatorships that so often plagued his continent during a time of CIA meddling and worldwide Cold War fears, he also helped shift away from that stereotype and showed the world how many artists and creatives Peru has to offer as well.