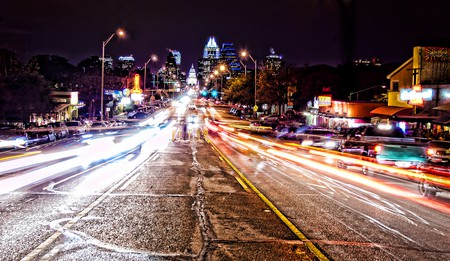 This March, Peruvian music will have its official showcase at one of the most important indie music and film festivals in the world: South by Southwest (SXSW) in Austin, Texas. In contrast to past editions of the festival in which Peruvian reggae and electronic bands shared scenes with big names like Bloc Party and Coldplay, this year six Peruvian indie rock and alternative rock bands, as well as electronic and disco bands, will perform at Sounds From Peru, a unique event held on March 15 at the Trinity Hall. Meet the bands representing Peru’s music scene on the night.

Mundaka is the Peruvian indie/dream pop band of the moment. Their first full-length album, Sonata Tropical del Ártico released in 2016, was regarded by many critics as the best indie album of the year. Think: surf riffs with a reggae feel and a singer who sounds uncannily like Morrissey.

This is the second time indie/garage rock band the Outsiders will perform at SXSW. Following in the footsteps of The Saicos, this band recorded their first album (Outsaiders, 2013) with The Strokes producer Gordon Raphael who helped them record the album in only four days.

This Peruvian DJ and producer has said his music is a digital sound of Lima. Deltatron. Remember the name and pay attention to the beats in some of his songs, as you’ll hear some cumbia rhythms and chicha guitar solos. Deltatron has previously performed at the Primavera Sound Festival.

Electro funk or dance rock, POOOW! is a trio that finds inspiration in everyday frustrations caused by Lima’s chaotic environment and the relationships between humans and technology. Their wild use of synths will make them the danciest band at Sounds From Peru.

Three years after their first show, this alternative rock band has played at important music festivals like Culture Collide in Los Angeles and San Francisco, and Festival L.I.M.A. Moved by Naama Bengtsson, their Scandinavian lead vocalist, MOBIVSTRIP offers a show similar to an emotional roller coaster through lyrics and breaks that leave any listener wanting more of their musical catharsis.

This folk band stormed onto the Peruvian music scene in 2016 with fresh and organic music sung in English. We the Lion has a lot of The Lumineers, Mumford & Sons and the Beatles influence in their music, which was first heard in commercials on Peruvian TV. Producers already knew their catchy melodies would attract thousands. And it did.

The Sounds From Peru showcase will be held on Wednesday, March 15 at Trinity Hall from 8PM.