Ruins of Civilisation: The Sacred And Historical Sites Of Peru

Out of all the South American countries, Peru is most densely populated with the ruins of old civilisations, from the more recently conquered Incas to the ancient civilisation of the Chavin. These ruins are amongst the world’s most spectacular, including the incomparable mountain top citadel of Machu Picchu, which has been acclaimed as the one of the New Seven Wonders of the World. We look at ten must-see sites that act as a window to these age-old civilisations. For more information about visiting Peru, go to Peru.travel. 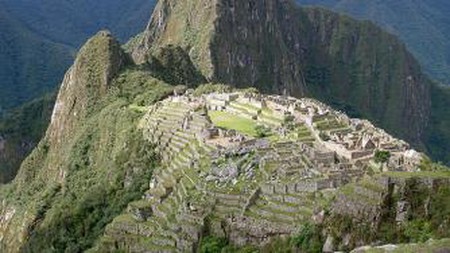 The most famous historical site in all of South America, Machu Picchu is the pinnacle of any trip to Peru, and its unique location lends it an atmosphere of sublime unreality. Built as a sacred city in the 15th century on a mountainous ridge above the torrent of the Urubamba River, the citadel was inhabited for only a hundred years before it was abandoned during the Spanish conquest. It remained a secret, thus allowing it to preserve much of its original structure, and was only rediscovered in 1911 by the American explorer Hiram Bingham. The site was compared to the fabled city of El Dorado, and it retains much of this mystical appeal, despite its current status as one of the foremost tourist attractions in Peru. This is largely due to its unbelievable location in the clouds above the Urubamba, rendering it distantly remote from modern day Peru and the tourist trade it itself fuels. 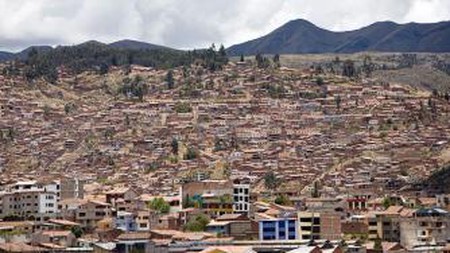 The historical Inca capital of Peru is located in the foothills of the Andes at a lung-stretching 3,400 metres above sea level. The city itself, and especially its cobbled old town, are a testament to the various cultural inheritances which make Peru such a unique country. The red granite roofs and low white washed walls of the city evoke the towns of northern Spain, whilst the twin churches of the Cathedral of Santo Domingo and the Church of la Compañía de Jesus in the Plaza de Armas underline the profound influence of Catholicism in Peru. These European imports are matched by the ruins of the Inca Empire, of which this city was once the center. The Saksaywaman complex occupies the cliffs above the city and reveals the intricacies of Inca life, both in its rural and sacred aspects. 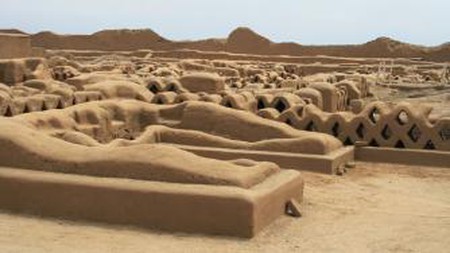 The largest pre-Columbian city in South America, Chan Chan was once the capital of an empire which stretched across the Peruvian coastline. The city, located in a desert plain in Northern Peru, was the seat of the Kingdom of Chimor, which dominated Peru for centuries before the emergence of the Incas. It remains the largest adobe city on earth and is a spectacular record of the society and belief systems of the Chimú culture. The city retains many intricate carvings along its adobe walls which record both the sacred iconography of the Chimú and their daily life, including the animals they hunted and their tools. At its peak in the 15th century, Chan Chan was home to approximately 60,000 people, and the city was divided on strict hierarchical grounds. 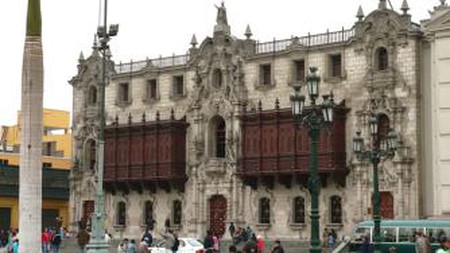 Lima is now a modern metropolis which has much in common with the coastal cities of North America, especially in its meandering freeways and constant congestion. However the historical center of Lima still retains much of its colonial charm and offers evidence of the time when Lima was considered the most beautiful city in the New World. The center of the city is home to the extravagant Archbishop’s Palace, the Government Palace and the Cathedral of Lima, all of which tower over Plaza Mayor, whilst the nearby Torre Tagle Palace and the San Francisco church also reveal the influence of the Spanish baroque style on this far flung colonial city. Despite its abiding influence, the Spanish colonial architectural style developed several unique characteristics in Lima, the most evident of which are the wooden balconies which are considered cultural icons of the city. 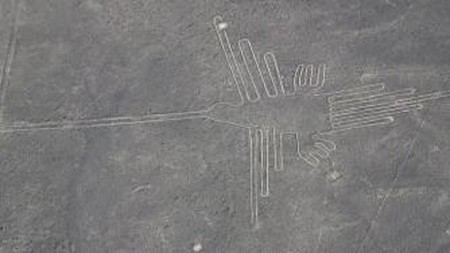 Whilst the Incas and the Spanish both left their marks on Peru through their distinctive urban constructions, the visually spectacular relics of the Nazca culture are totally unique. The Nazca lines are immense ancient geoglyphs which were traced into the Peruvian desert over 1500 years ago, the largest of which stretches over 200 metres. They feature images of various creatures of Peru, including monkeys, spiders, humming birds and fish, as well as human figures and geometric shapes. The Lines are best viewed from the air, where it is possible to attain a perspective on their immense scale. The precise significance of the Nazca Lines is not entirely clear, although they evidently held some sacred value for the Nazca people, who occupied this arid area from around 100 BC to 800 AD. 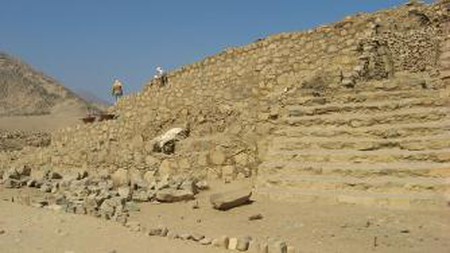 By far the most ancient architectural site in Peru, Caral, also known as the Sacred City of Caral-Supe, was inhabited by the Caral or Norte Chico civilisation between 2600 BC and 2000 BC. It is claimed to be the oldest urban site in the Americas and a crucial piece of evidence revealing the transition from a nomadic to a settled lifestyle, and the development of a complex hierarchical society in this area. The settlement is located in the desert nearly 200 km north of Lima and is made up of 19 pyramid structures, the largest of which is 60 feet tall. The site is not a part of the Peruvian tourist trail, but offers a unique insight into the culture and lifestyle of the earliest urban dwellers in the Americas, and into the development of social and cultural life in Peru. 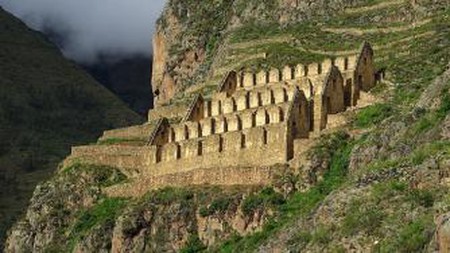 Sacred Valley of the Incas

Whilst Machu Picchu is indisputably the pinnacle of any exploration of Inca life in Peru, the Sacred Valley of the Incas, or the Urubamba Valley, offers an equally edifying insight into the complex social and religious life of this culture. The valley stretches across the Andes along the course of the Urubamba River and includes the historical sites of Calca, Písac and Ollantaytambo, before stretching into the vertiginous mountains and raging rivers of the Machu Picchu area. The entire valley was a revered site for the Incas and archaeological sites dot the landscape, the most impressive of which is the immense terraces of Ollantaytambo: once a stronghold of the Inca resistance against the Spanish, it is now the starting point of the Inca trail. Some of the other historical sites along the Sacred Valley include the Inca city of Pisac, now home to a thriving market, and the agricultural site of Tipon, which is famous for its still active water irrigation system. 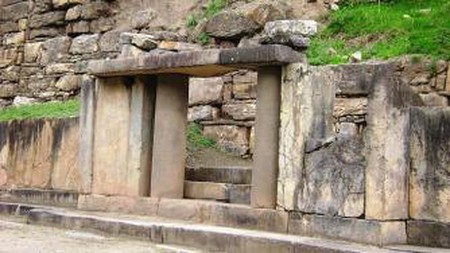 Once the centre of the thriving Chavin society, which existed in the Peruvian Andes from around 1200 BC to 400 BC, Chavín de Huántar is now one of the most famous pre-Columbian archaeological sites in Peru. The site is located at an altitude of 3,177 metres and is thought to have been both an agricultural center and a religious and ceremonial site. It includes a mammoth granite monolith which is thought to have been of ritualistic importance and a variety of sculptures and carvings along the remaining walls. The site was the victim of a devastating landslide in the mid-20th century, which was exacerbated by an earthquake in the 1970s. Nevertheless projects to restore the site are on-going, and it continues to offer an insightful view of an ancient society. 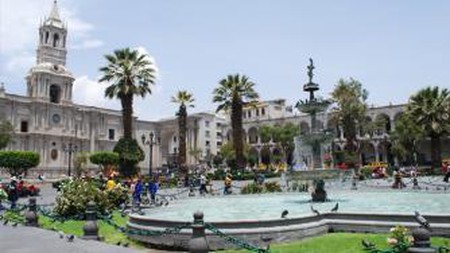 Known as the White City, Arequipa is the third largest city in Peru, after Lima and Cuzco. The city is famous for its historical centre, which has been awarded the status of a World Heritage Site. It retains much of the colonial architecture of the Spanish, which has been combined with native building techniques. It is also distinctive because it is made of volcanic sillar rock and indeed the landscape of Arequipa is dominated by the volcanic peak of El Misti. The combination of European and native influences in the culture of Arequipa has contributed to the creation of an architectural style known as ‘escuela arequipeña’, for which Arequipa is famous. 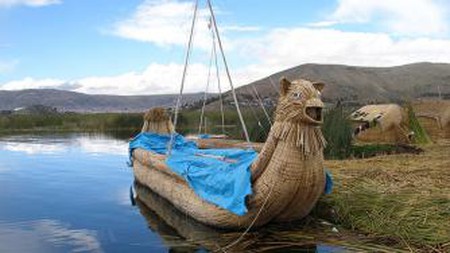 Shared with Peru’s neighbour Bolivia, Lake Titicaca is the largest lake in South America by volume, and is also considered the highest navigable Lake in the world at 3,812 m. The lake is famous for the distinctive communities which exist on many of the tiny islands, on both the Peruvian and Bolivian sides of the border, such as Isla del Sol and Isla de la Luna. The reed boats used by these communities for fishing are also available for tourist excursions and are an ideal way to experience the tranquil beauty of this lofty lake.