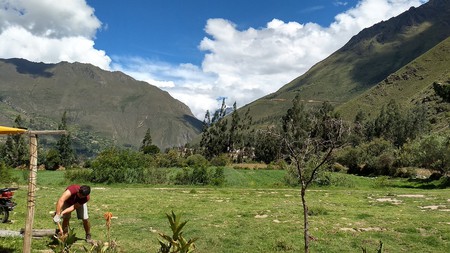 People in the Sacred Valley have been making meals with the pachamanca for about 8,000 years | © TradingPlacesGlobal.com / Culture Trip

The pachamanca is an ancient Andean tradition that involves cooking a meal in an oven dug into the earth. A young couple shows us how they continue this tradition in their rustic lifestyle in the Sacred Valley of Peru.

Though Luis “Lucho” Larrea and Chloe St Thomas are a young couple, they live much the way people in the Sacred Valley have for hundreds of years. Their home, called Tantakuy, has no electricity and no running water; it is completely off the grid and self-sustaining. The word Tantakuy has two meanings: “the place where they gather” and “he who makes his own bread.” Their way of living – and eating – is certainly the culmination of these two ideas. 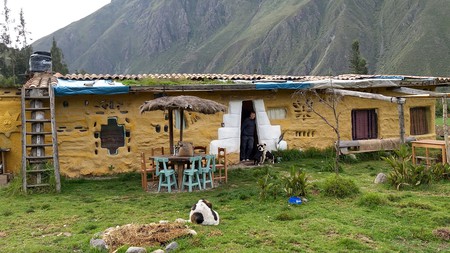 The rustic home in the Sacred Valley offers the perfect setting for practicing ancient Peruvian traditions, like the pachamanca | © TradingPlacesGlobal.com / Culture Trip

Lucho built their home with his own hands just outside the small town of Ollantaytambo, in a spectacularly magical setting in the valley of the majestic Andes mountains and in the shadows of Incan ruins. Lucho and Chloe (Peruvian and American, respectively) use solar lighting and have battery banks to recharge electronics, with an attached outdoor bathroom and shower, which they heat up water in a bucket for. The home is rustic, but it’s also quite beautiful with wooden doors and ceiling beams, colorful paint and local textiles, stucco walls with glass bottles set into them – an effect that is both beautiful and practical, letting light in. 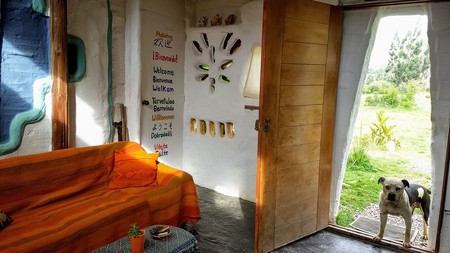 Lucho and Chloe live off the grid in a rustic home with glass bottles set into the walls for both beauty and practicality | © TradingPlacesGlobal.com / Culture Trip

The result is the perfect setting in which to soak up the majesty of this special spot and Peru’s Sacred Valley without modern distractions. They reconnect to a sense of place in a very real way – and they experience Peruvian living, food and hospitality in a time-honored tradition called the pachamanca.

In the rural areas of Andean countries like Peru, the pachamanca is a revered, centuries-old tradition. In much the same way that Tantakuy is an earth house, the pachamanca is an earth oven. The Quechua word literally translates to earth (pacha) oven (manca), and is a way of cooking an entire meal in a firepit dug into the ground. Historians believe the pachamanca has been around for about 8,000 years. The earth oven was a rustic way of cooking before there were such things as ovens. It was a Sunday family meal tradition and a highly social experience. The process takes several hours, and is something that Peruvians still do today for a special occasion, to socialize with neighbors, or to receive blessings from the gods. 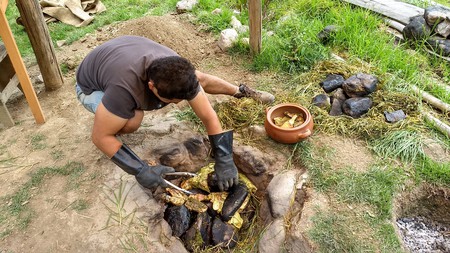 The pachamanca is an earth oven and is used for special occasions or to receive blessings from the gods | © TradingPlacesGlobal.com / Culture Trip

The preparation for a pachamanca starts with an early morning visit to the local market in Ollanta (oh-yanta), as Ollantaytambo is informally called. Lucho and Chloe purchase fresh vegetables, beef and chicken, which they bring home to marinate while also preparing the cooking oven. Other meats traditionally cooked in a pachamanca include cuy (guinea pig, a South American staple), alpaca, pork or lamb, but Lucho has a surprise today as well – bull testicles, an unusual addition to the feast.

Making a pachamanca involves quite a bit of preparation and work. Lucho begins by digging a hole in the ground, lining it with large stones, and chopping up firewood. Making a fire that will bring the resulting coals to the right temperature is important. As the fire burns, stones are placed on a grate above so that they heat up as well. 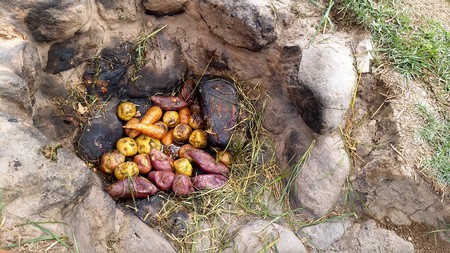 The flavors of the meal combine beautifully as everything steams together in the enclosed space | © TradingPlacesGlobal.com / Culture Trip

Once the coals are hot enough, it’s time to start cooking. Carrots, white potatoes and sweet potatoes go in first. Potatoes are a crucial element of Peruvian cuisine; the country has cultivated more than four thousand varieties. The root vegetables are covered with hot stones, and the marinated meat is then laid on top of these stones.

More stones are layered in, then everything is covered by local herbs such as huacatay, a mint variety, along with additional vegetables like corn and beans. The entire earth oven is then covered with grass and left to cook for 30 to 45 minutes. 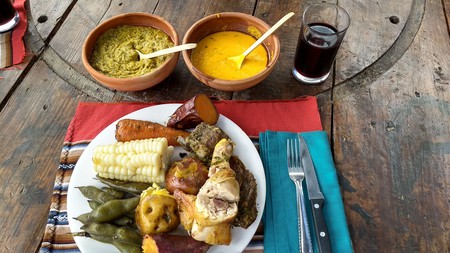 Homemade sauces and chicha are crucial accompaniments to the meal | © TradingPlacesGlobal.com / Culture Trip

When the meal is ready, Lucho shovels out the coals and places them in a separate small pit to cool. The entire pachamanca is carefully unpacked – the grass, herbs and stones removed, and the food retrieved into bowls and platters, layer by layer. Incredible aromas waft up with each uncovering.

The table is prepared with sauces to accompany the food and locally made chicha, a fermented drink made of corn that is popular in South American countries. The fall-apart tender meat and vegetables are delectable and also beautiful.

There is a sense of contentment, settled amidst the beauty of the Sacred Valley and enjoying a rustic meal that’s been prepared the same way for thousands of years. It brings the past and the present together in a very real way, and allows visitors to experience an authentic piece of Peruvian history. 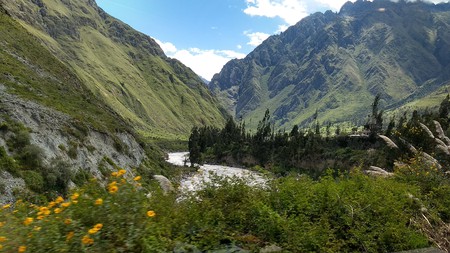 People in the Sacred Valley have been using the pachamanca for about 8,000 years | © TradingPlacesGlobal.com / Culture Trip
Give us feedback