Peru vs Hawaii: Where Did Surfing Really Originate? 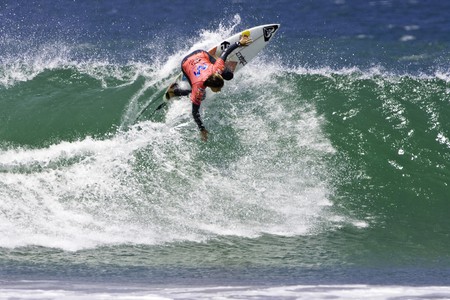 It has long been considered that Polynesians were the first to surf, using large wooden boards to ride waves as we do today, and Hawaii has since established itself as the surfing capital of world. This history has for the most part gone unchallenged until it was discovered that a civilization has been riding waves for at least 2000 years off the north coast of Peru. While Hawaii is the definitive capital of surfing culture, it seems the origins may belong to another country.

Before the Incas or the Spanish, the Moche and Chimu cultures inhabited the north of Peru. Their communities along the coast depended greatly on fishing as a means for food. Each morning the fishermen would fish on their boats made of bounded reeds. To get back to shore, the fisherman would surf the waves with their fish-filled nets in hand. Peru’s north coast, where there is evidence of the Moche and Chimu’s presence, is also home to some of the world’s best waves, especially at Chicama. According to Moche and Chimu pottery art, this method of riding waves after fishing has been practiced for at least the last 2000 years. There is even evidence in the pottery art that the waves were ridden for fun and not just out of necessity.

The fishermen would not surf on any traditional board you’d see nowadays – not even hunks of wood like the early Hawaiians. Their boards were not created with surfing in mind – that it could catch a wave was a bonus. They were fishermen first and foremost, so they needed something to get to their nets and bring the fish in. They’d mount their bundled up reeds like a horse, which is why, after seeing the fishermen do this, the Spanish called the boards Caballos de totora (little reed horses). Using their wooden paddles to generate speed like a canoe, they’d paddle themselves into waves, riding them like a horse.

While the ancient Peruvian civilizations definitely rode waves, to claim it was surfing is a matter of definition. Surfing is done with a surfer paddling himself into a wave without the assistance of a paddle. The fisherman’s form resembled that of paddle boarding more than surfing. Regardless of how you define it, Peruvians were riding waves at least 2000 years ago which gives them, at least, a case for being the first surfers in the world while Hawaii, no matter where surfing began, is its true capital. 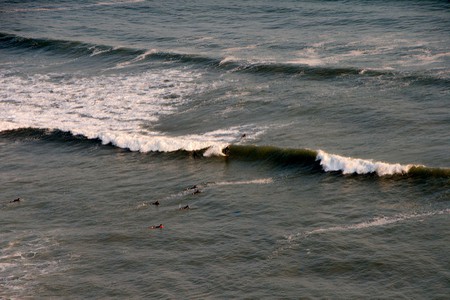 © Christian Haugen/Flickr
Give us feedback