Great Reasons Why You Should Visit Peru

The Commercial Office Of Peru In Israel
30 January 2017

Peru, a country with over 5,000 years of history, is one of the most fascinating countries in the world, with breathtaking natural landmarks and a distinct and vibrant culture. From the mysterious Machu Picchu to the humble ceviche, there’s a lot more to learn about Peru. Here are some great reasons to make Peru one of your next travel destinations. 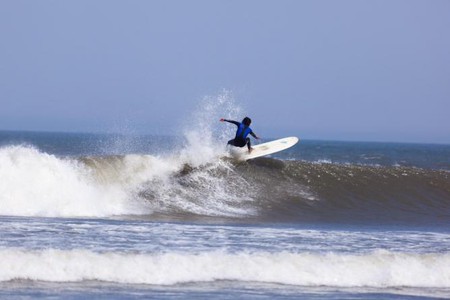 Peru Is A Surfer’s Paradise

While it’s true that Peru is widely known for its rich history and unparalleled mountain treks, what is less known is that it’s also a pretty incredible place to surf. History tells us that the first surfers in the world were Peruvian. Mochica’s fishermen would ride totora reed boats out into the sea. Home to one of the most consistent surfs in the world spanning 3,080 km of coastline, there’s plenty of places to catch a wave for every surfer from novice to seasoned long-boarders. The best surfing beaches are Mancora, Huanchaco and Chicama. Chicama is famous in surfing circles for having the longest left hand wave in the world. You can surf a single wave for over two hours and thirty minutes. To check out surfing in southern Peru, try Punta Roca and Cerro Azul, about 44 kilometers from Lima. 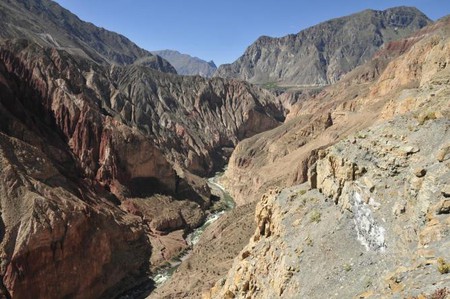 Cotahuasi Canyon Is The Deepest Canyon In The World

Cotahuasi Canyon is located in southern Peru in the Department of Arequipa. Cotahuasi Canyon is 3,535 meters deep, twice the depth of the Grand Canyon. On a visit to Cotahuasi Canyon, check out the impressive waterfalls, the most famous being Sipia Falls with a drop of 153 m. There are also 12 different ecosystems that host an extreme amount of biodiversity, including many endemic plants and exotic animals. The canyon is dotted with hot springs, rock and cactus ‘forests’, ancient trails and Inca and Wari ruins, and large herds of llamas and alpacas, as well as vicuña and condors. 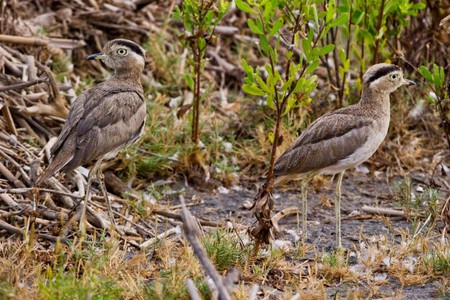 Peru is home to 25,000 plant species, 10% of the world’s total and close to 5,000 species of fish and animals. It ranks first in the world in terms of distinct fish species with 2,000 species of fish, or 10% of world total. The country ranks second in bird species with 1,881 total species and ranks third for both amphibians and mammals, with 332 and 460 species respectively. In addition to this diverse landscape of animals, there are some 90 different micro-climates in Peru, making it one of the most biodiverse countries on the planet. All of this diversity means that Peru shelters 70% of all living species. Head to Peru for an unbelievably unique experience with animals that you never even knew existed. 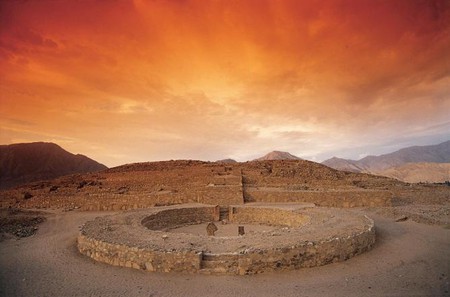 Caral, Peru Is The Oldest City In The Americas

Some 200 km north of Lima lies the most ancient city in the Americas, the Sacred City of Caral-Supe. Nominated a world heritage site by UNESCO, the 5,000-year-old, 626-hectare archaeological site of The Sacred City of Caral-Supe is situated on a dry desert terrace overlooking the green valley of the Supe river. It dates back to the Late Archaic Period of the Central Andes and is the oldest centre of civilization in the Americas. Exceptionally well-preserved, the site is impressive in terms of its design and the complexity of its architecture, especially its monumental stone, earthen platform mounts and sunken circular courts. One of 18 urban settlements situated in the same area, Caral features complex and monumental architecture, including six large pyramidal structures. A quipu (the knot system used in Andean civilizations to record information) found on the site testifies to the development and complexity of Caral society. The city’s plan and some of its components, including pyramidal structures and residence of the elite, show clear evidence of ceremonial functions, signifying a powerful religious ideology. 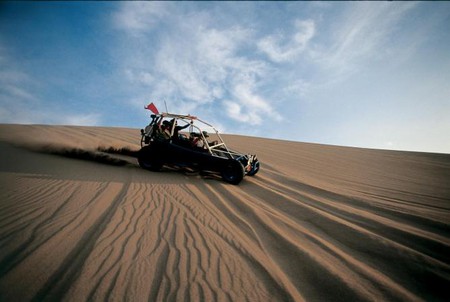 Peru is home to the world’s tallest sand dunes

Peru’s Cerro Blanco sand dune in Nazca’s Sechura Desert is considered to be the world’s highest sand dune. Measuring 1,176 m from base to peak, this dune is higher than the tallest mountain in England. Its height makes it an exhilarating challenge for thrill seeking sand boarders. Cerro Blanco is the only sand dune surrounded by the brown and rocky mountain and two large valleys located on the south and north side. During the Incan Empire, this was considered a sacred place where citizens made offerings to the Apus (mountains). Today, Cerro Blanco is a perfect sand dune to sand board, downhill mountain bike, paraglide, trek, and camp. You can also ride a dune buggy or take an ATV tour.