Mario Vargas Llosa: Searching For ‘The Truth In The Lies’ 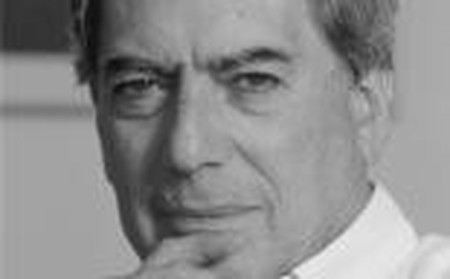 Mario Vargas Llosa is an internationally renowned Peruvian writer who has captivated readers with his novels, and who was granted the Nobel Prize in 2010 for his literary achievements. His novels use his own experience and Peruvian history as the basis of their fictions, and in doing so interrogate the relation between truth and literature. 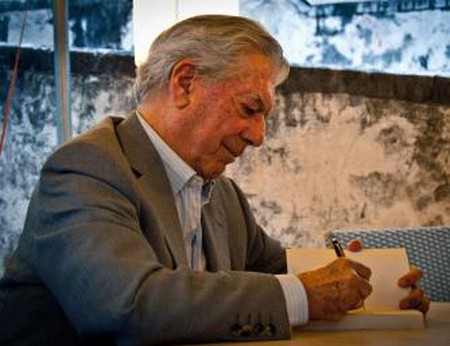 Mario Vargas Llosa discovered his vocation at an early age, when he used to rewrite the endings of his favorite children’s tales. All his family was very supportive of Llosa’s precocious talent, until his father, who he thought was dead, came back when he was 11 years old, imposing an authoritarian regime on his house, punishing him physically and mocking his writing. This difficult period in Llosa’s life is described in the autobiographical novel A Fish in the Water. But this hardship only made Llosa’s vocation stronger, as it was a way to rebel against his father. After being sent to a military center, he wrote love letters to his colleague’s girlfriends, and pornographic short stories; an experience related in The Time of the Hero (La Ciudad y los Perros).

After he went to San Marcos University in Lima where he studied literature and law, he became part of the communist group ‘Cahuide’, and experienced a political awakening which would inspire the novel Conversation in the Cathedral (Conversaciones en la Catedral). Following this, he traveled to Madrid, where he worked various jobs to be able to survive with his wife, Julia Urquidi, who was also his maternal uncle’s sister-in-law. Following their breakup he would dedicate a book to her called Aunt Julia and the Scriptwriter, and in revenge, she published the memoirs What little Vargas Didn’t Say (Lo que Varguitas no Dijo). In 1970, with the support of his editor, Vargas Llosa decided to dedicate his life to just being a writer. He was also involved in politics, and he was a candidate for the presidency of Peru in 1990, but was defeated by Alberto Fujimori. In 2010 he won the Nobel Prize ‘for his cartography of power structures and his scathing images of individual resistance, his rebellion and his defeat’. 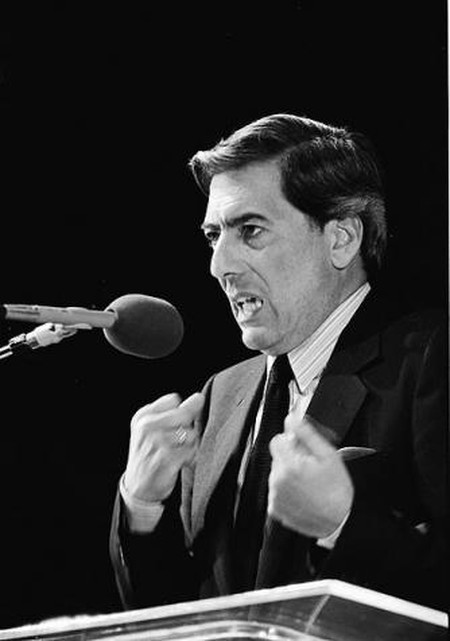 Vargas Llosa lists one of his main influences as Flaubert, who helped him realize which kind of writer he would like to be. He was fascinated by his care for the shape and the way he created a reality which was entirely persuasive. He was also an admirer of Faulkner’s ability to combine various perspectives and to structure time in a non-linear fashion. In his early career Vargas Llosa cared for the shape and structure of his work, but as he grew older he started to care more about the content and especially how he could relate modern Latin American society’s problems through his novels. Humor is also an important part of his work and is a constant presence in it; Captain Pantoja and the Special Service (Pantaleon y las Visitadoras), published in 1973, was his first attempt to write a humorous novel.

In the 1980s he became more interested in interrogating the relation between reality and language, what he calls ‘the truth in the lies’. One of his most acclaimed novels is The Feast of the Goat (La Fiesta del Chivo), a novel about the Dominican dictator Rafael Leónidas Trujillo, in which his challenge was to prove ‘that the monster was a human being’. This novel uses both historical events and fictional creations to elaborate on the nature of Trujillo’s regime and his violent assassination. By combining fact and fiction in such a way the novel speaks to Vargas Llosa’s concern both with language and with political consciousness, and how the two may be inextricably linked. Vargas Llosa’s latest novel is entitled The Dream of the Celt (El Sueño del Celta) and is once again a combination of fact and fiction, this time focusing on the life of Irish Nationalist Sir Roger Casement.