How to Spend a Day in Lima Like a Local 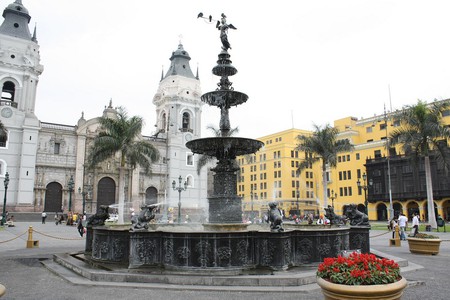 Lima’s international airport is a sure stop-over for those who visit Peru just for Machu Picchu. But like most of the world’s capitals, Lima is a modern city that has lots of attractions to offer those who stay for at least one day. If that’s you, make sure to leave the airport and spend 24 hours in a diverse city full of culture and history.

If your day in Lima starts at Jorge Chávez airport, make sure you hire a safe taxi prior to leaving the airport. Private taxi companies are located before stepping out of the main building, so hire one at an official booth. Uber users, meanwhile, can connect to the airport’s free wifi and order a car. Most cabs will charge 60 to 65 Peruvian soles (US$18-20) to the city center. You can leave your luggage at the airport, but may want to take it with you if you’re staying in town overnight. Once you’re ready to leave the airport, it’s time to choose where you’ll go first. 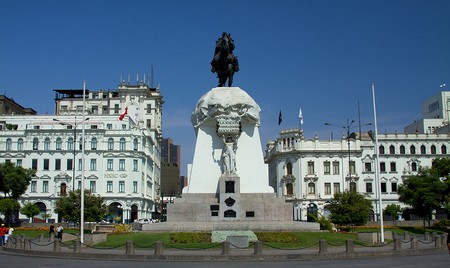 The historic center of Lima is a must and it can be a great place to start your day-long visit. If you arrive by taxi, ask the driver to drop you off at Plaza San Martín, an UNESCO World Heritage Site named in honor of Peru’s liberator, Don José de San Martín. If you’re leaving from a hostel, you can order a taxi or travel by metropolitano, Lima’s modern bus system that skips the crazy traffic and gets from Miraflores to downtown in just 20 minutes.

After taking selfies with San Martín’s statue and listening to locals get heated over public debates on topics like “Were the Incas communists?”, walk along Jirón de la Unión passage straight to Plaza de Armas, the city’s main square. Jiron de la Unión used to be a spot where intellectuals and the wealthy gathered at cafés and bars – like the fondly remembered Palais Concert, which is now a franchise store. Look up, and don’t miss Lima’s famous colonial balconies. 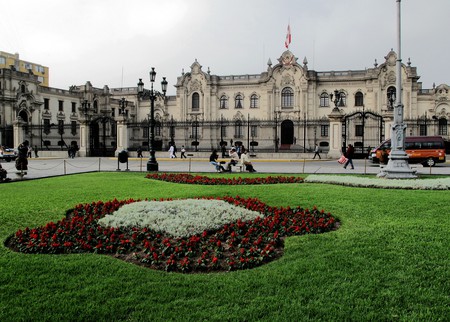 Once at Plaza de Armas, you’ll see three buildings that represent the three powers that ruled the country: the executive power (the Government Palace), the church (the Cathedral of Lima) and the local government (the Municipal Palace). This square is where Lima was founded on January 18, 1535 by conquistador Francisco Pizarro, who built a house where the presidential palace currently stands. In the background is the San Cristóbal Hill, considered by ancient Peruvians to be an “apu” – a godlike mountain.

Near the presidential palace you’ll find travel agents offering guided tours of the Rimac district all the way to the top of the hill, where you’ll see the entire city and the Pacific ocean. San Cristóbal Hill is where you’ll get the best view of Lima.

Once you’ve climbed down, it might be time to eat. You can try traditional restaurants like Cordano, located behind the presidential palace, or San Martín Plaza, Peru’s most patriotic restaurant named after the square it’s located on. The latter offers meal specials and an array of drinks named after Peruvian heroes. 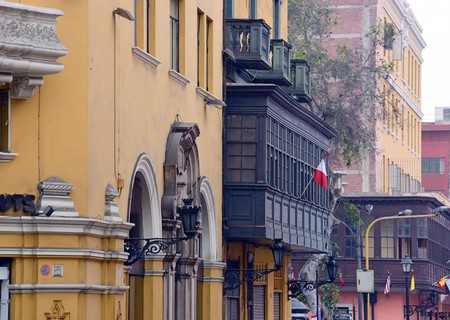 Depending on how much time you’ve got, make your next destination Barranco or Miraflores. Both are lively districts full of art and music, but perhaps Barranco is a better option for an afternoon visit and Miraflores for a night out. Take a taxi or hop on the metropolitano bus to Barranco’s main square. Ideally arrive before sunset to catch a spectacular view of the bay from the mythical Bajada de Baños. Walk around the neighborhood, stroll along the seafront, spend sometime admiring the murals and finally grab a beer at Juanitos – a locals’ favorite bar next to the main square – or Bar Piselli. 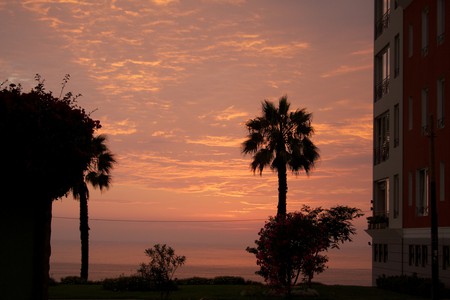 As night draws in, head over to Tanta restaurant in Miraflores for a quality Peruvian dinner. If time allows, take a cab to Plaza Kennedy, Miraflores’ vibrant downtown area, and visit some of their bars – like Nuevo Mundo Draft Bar for craft beers, and La Emolientería, the district’s hippest bar. Miraflores is big on nightlife almost every day; you will find fancy lounges, punk-themed bars, gay clubs, and raging discos that play varied music genres like salsa, pachanga and electronica.

Finally, Miraflores is also a great place to end your day-long stay in Lima because, thanks to a new shuttle service called Quick Llama, you can get to the airport for 15 soles (US$5). Keep an eye on your watch and don’t miss your flight – although it wouldn’t be so bad to extend your stay in this historic city. 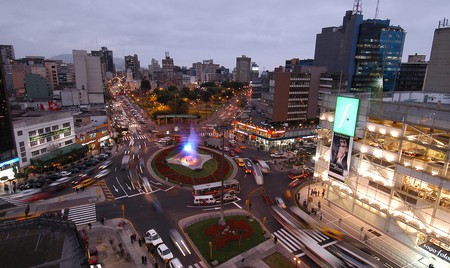