Chifa: Everything You Need to Know About Peru's Popular Chinese Fusion Food 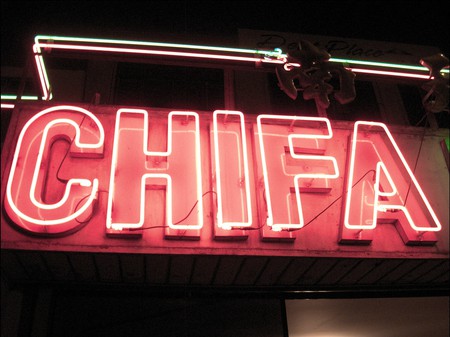 Chifa is a classic you have to try while you are in Peru, especially if you are visiting Lima. You won’t have any trouble finding a restaurant because options abound all over the country; even in remote areas you’ll find some chifa dishes. If there is a menu, there’ll be chifa.

It’s a fusion of Peruvian and Chinese ingredients brought to Peru by East Asian immigrants. The style has been embraced with open arms by Peru and is frequently eaten in restaurants on a Sunday. Chifa restaurants offer large plates and portions sizes, so that the entire family can get around the table to eat. Here are some things you should know.

1. Chifa is a fusion of Peruvian and Chinese cuisines, brought to Peru by the influx of East Asian immigrants in the late 19th and early 20th centuries.

2. The first documented Chinese immigrants arrived in Peru in 1849 to work in coastal sugar plantations and mines, to construct rail roads, and to extract guano for fuel.

3. Chifa restaurants serve typical Chinese food made with South American ingredients such as pineapple and aji amarillo (a paste made from Peruvian yellow chili peppers). 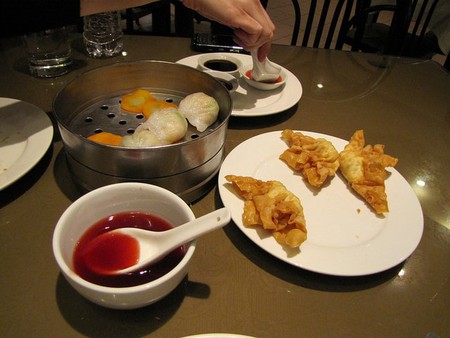 4. Because of its popularity, Chinese food began to influence traditional Andean and coastal dishes, and over time, chifa emerged as a new kind of authentic Peruvian food.

6. The first Chinese–Peruvian fusion restaurants were opened in Lima in around 1920.

7. While you can certainly find high-end chifa, it is a rather democratic meal. It is not very expensive and is enjoyed by large groups of people eating together, because of the large serving sizes.

8. The Chinese introduced new ingredients, such as ginger and soy sauce, to Peruvian cuisine.

9. Chaufa is the most emblematic of the Peruvian–Chinese dishes. The word chaufa comes from Cantonese and literally means “fried rice.” You’ll find this served with everything, and also offered as a main dish with either chicken, pork, or fried fish in it (the latter especially in the north). 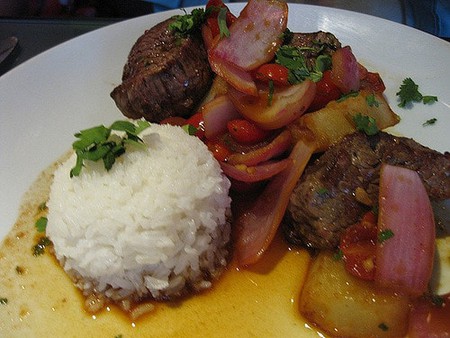 10. Tallarin, along with chaufa, is a Peruvian–Chinese food that is on every chifa menu. Tallarin by itself are yellow noodles made with eggs. They are most commonly prepared with chicken (tallarin con pollo).

11. If you want the best of chifa in Lima, head to Barrio Chino, where you’ll find chifa restaurants lining the streets. Your only difficulty will be choosing which one to enter. While you may go there for the food, you’ll stay for the scene, with ducks hanging from windows and a mad house of commerce going on all around you.

12. Only in Peru is Chinese food referred to as chifa.

13. No matter what, you have to enjoy it with an Inca Cola, just like every Peruvian.

14. Be careful what you order, because the portions are huge. Ask for guidance beforehand, so that you don’t order enough food for a family of 10 if you’re eating alone. 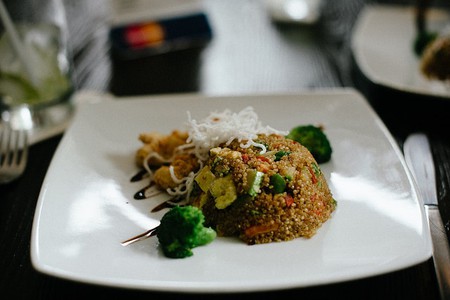 15. Wonton soups are still a big deal and are served everywhere you find chifa.

16. Be careful if you plan to eat chifa on a Sunday, because families of 10–20 will regularly visit chifa restaurants on that day, and wait times can get pretty long.