An Introduction to Lima’s Indie Music Scene in 12 Songs 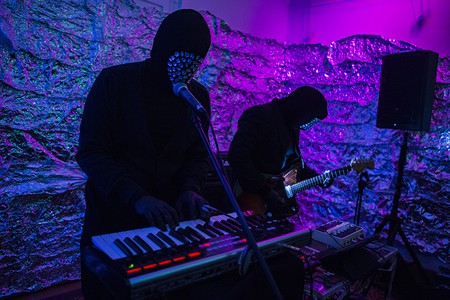 Lima’s Indie music scene grows every weekend, in hot and crowded venues where young Peruvians dance and mosh to songs they’ve turned into lifelong anthems. It grows every time an indie rock, dream pop or psychedelic band is invited to perform live on television or at big local music festivals like Selvámonos; or when they travel outside of Peru to play at South by Southwest in Austin, Texas. The production quality continues to get better as Peruvian indie rock bands start branching out of their scene into new audiences. These 12 songs showcase the best independent music you’ll find in Lima every weekend.

“There is nothing more difficult, tonight is our night. Crash slowly, enjoying the glow that illuminates our faces. Such beautiful losers, we had no future but we did not care.” The chorus to Amigo, a four-minute gem by Peruvian indie rock three-piece Juan Gris, is a turning point at every show: people crowdsurf, some hug strangers as if they were actual amigos, while they jump around like they really had no future after the next chorus. Crunchy guitars and often quirky yet poetic lyrics that reference childhood dreams of starting a rock band: Juan Gris is one of the most promising bands to come out of the independent scene. They have recently opened for Argentinian indie rock kings Él Mató a un Policía Motorizado. The band will release their first album this year. If you’re ever in Lima and want to catch them live, know they might play a Spanish version of Lithium by Nirvana.

This dream-pop/shoegaze band has two female vocalists that take us through their atmosphere of guitars and beats that make life seem like a constant carousel. Their lyrics talk about love in school times. In 2015, Dan Dan Dero won the Converse Rubber Tracks contest and recorded a split with Venezuelan producer Héctor Castillo, known for having worked with Björk and David Bowie.

Mundaka plays a fusion of dream pop and surf rock. Mundaka was selected to play at South by Southwest festival on March 15 as part of the first Peruvian showcase in Austin, Texas.

Often compared to My Bloody Valentine, Serto Mercurio is a three-piece band full of enthusiasm and positive tunes in a shoegaze/noise pop vein.

Lluvia Trip’s members were probably born after the 80s ended but their music brings back the feel of that era’s nostalgic pop. Some of their songs are sung in English.

Under the leadership of an anonymous musical genius, Laikamori performs its experimental dream pop completely covered in black clothes and paint, wearing a mask encrusted with diamond-like stones, to concentrate on the aesthetics of their music. Norfolk is a dream pop song with experimental psychedelic guitar solos, almost landscape like music. Laikmori has an Icelandic taste in their songs, and the band has been compared with Danish band Sleepy Party People.

Luis Guzman’s indie rock became popular for their shows at the Socialist Party house. Most of the bands mentioned in this list spent their college years attending their shows and were inspired to start their own bands after them. They have a strong Franz Ferdinand influence with some blues and rockabilly elements. Luis Guzmán is currently on a hiatus.

When The Strokes’ producer Gordon Raphael visited South America, Los Outsaiders took advantage of the opportunity and convinced him via Facebook to produce their first album. It only took one week to record. This could be the reason why both bands sound a lot alike, with their indie-flavored garage-rock.

Wanderlust sometimes reminds us of Japanese math rock band Toe and earlier Foals, with dancey drum beats and lots of delay. Algo Especial is a clean tune that works for them as a great opener at shows, especially if they’re performing on a rooftop.

Although Alias la Gringa is an all-girl band from Arequipa, we’ve included them in this list because their music often travels to Lima. Their feminist stoner rock is heavy and fast, angry and happy. Alias la Gringa carries a sound and message much needed in this indie music scene – like the riot grrrl punk of the 90s.