A Tour of Peru's Most Beautiful Colonial Buildings 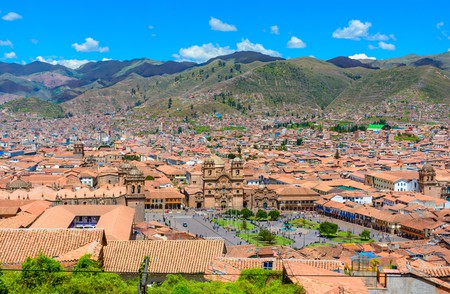 While the dark days of the conquistadors may be over, the architectural (as well as social, political and cultural) influences of Spain’s long colonial rule can still be seen in Peru today. From lavish presidential palaces to 65,616-square-foot (20,000-square-meter) monasteries, here’s a tour of Peru’s most beautiful – and historically important – colonial buildings.

Once the Spanish Viceroy Palace of South America’s most notorious conquistador, the Palacio de Gobierno – or Presidential Palace – today serves as the President’s residence. The block-long building was reconstructed in 1937 in a lavish, Baroque style, which now dominates the northern side of Lima’s beautiful Plaza de Armas. Every day at noon, visitors can stand at the palace gates and watch the changing of the guards who, to the sounds of ‘El Cóndor Pasa’, perform a slow-motion military march in traditional red and blue uniform. If you’d like to see inside, you’ll have to book a guided tour at least 48 hours in advance. 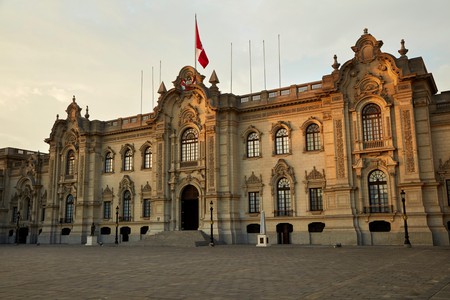 Dusky pink domes and arches, courtyards filled with colonial-style fountains and delicate white rose bushes, Baroque paintings and hand-painted Spanish tiles make up this church. There’s no doubt about it: 16th-century Iglesia de Santo Domingo is Lima’s most beautiful church. It’s not just a pretty face, however. Built on land granted to the Dominican Friar Vicente de Valverde (the man who played a major role in convincing Pizarro to kill Inca Atahualpa) and the burial site for three of Peru’s most important saints, its walls, tombs, and extensive convent complex also harbor a peppered history. The church is free to visit from Monday to Saturday (9am to 1pm, and 5pm to 7.30pm), but you’ll have to pay around 7 soles (US$2) to enter the convent. 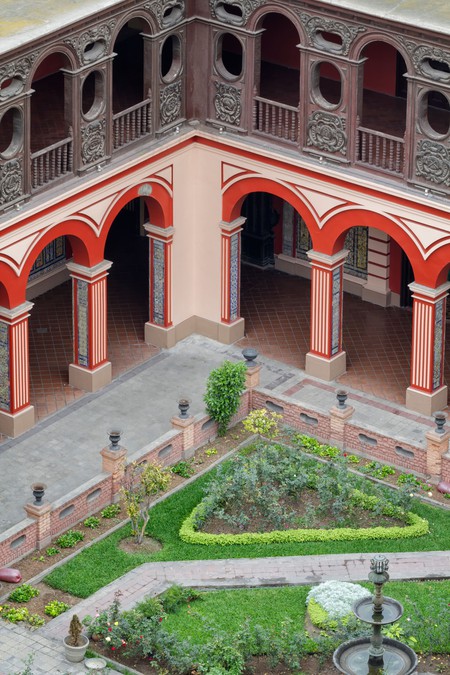 Casa Aliaga, which has been passed down through 16 descendants of Jerónimo de Aliaga (one of Francisco Pizarro’s trusted partners), is Lima’s oldest – and perhaps best preserved – colonial mansion. Easily missed due to its hidden location and inconspicuous exterior, this beautiful residence is often overlooked. However, what it may lack in first appearances it certainly makes up with its stunning interior, which features luxurious furnishings, original colonial tiles, and priceless pieces of art and gold ornaments. For 30 soles (US$8.90), you can visit the house from 9.30am to 5pm, but you must make a reservation beforehand. 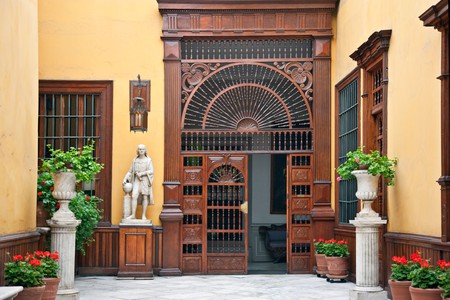 Dominating Cusco’s stunning Plaza de Armas, La Catedral is one of the city’s most famous place of worship. In 1559, colonialists ripped down Viracocha Inca’s golden palace and begun to build the city’s first cathedral in its place. Using cut stone from the nearby Inca fortress, Sacsaywamán, the intricately detailed Gothic-Renaissance style cathedral took over a century to finish. Today, it’s home to Peru’s biggest collection of colonial art, including the famous ‘Last Supper’ painting by Quechua artist Marcos Zapata. The cathedral is open every day to visitors from 10am to 5.45pm, and costs about 25 soles (US$7.40) to enter. 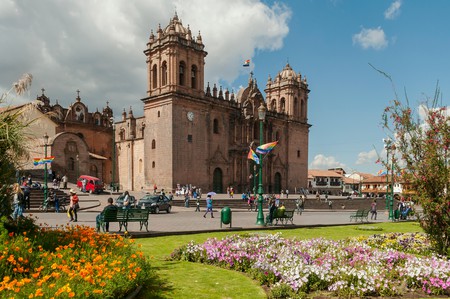 La Catedral in Cusco was made with stones from an ancient Inca fortress, but built in a Gothic-Renaissance style | © Robert Wyatt / Alamy Stock Photo

On the other side of Plaza de Armas sits the impressive Iglesia de La Compañía de Jesús. Built after La Catedral by Jesuits in 1571, it technically (by order of Pope Paul III) wasn’t meant to outshine the cathedral. However, it looks like someone got a bit carried away. Boasting the biggest altar in Peru, an elaborate Baroque-style facade, and a beautiful domed ceiling, La Compañía de Jesús is a definite showstopper. The church is open to visitors from 9am to 6.30pm for a charge of about 10 soles (US$3). If you want to learn more about the church’s fascinating history, it’s also possible to organize a guided tour on arrival. 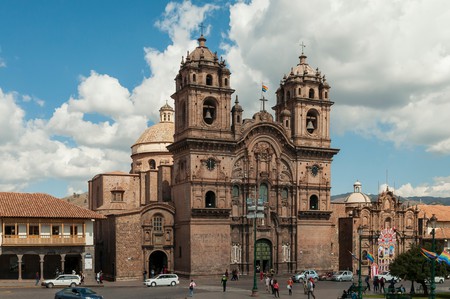 The only cathedral in Peru that stretches across the entire length of its central plaza (Plaza de Armas), it’s hard for Arequipa’s Basilica not to steal your attention. But its enormous size isn’t the only notable quality; the stunning cathedral is forged entirely out of the city’s famous sillar (white volcanic rock), which, with snow-capped volcano Misti as the backdrop, makes for one of the most beautiful sunset shots in Peru – and maybe even South America. The basilica is open to visitors from Monday to Saturday (7am to 10am, and 5pm to 7pm) and on Sundays (11am to noon). There are also guided tours available, where you’ll learn about important religious paintings and ornaments, as well as the story behind South America’s largest organ. 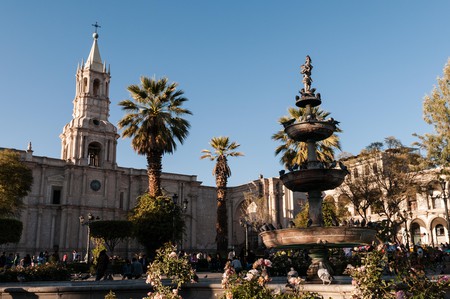 Described by many as a ‘city within a city’, this 65,616-square-foot (20,000-square-meter) monastery and convent is one of Peru’s most colorful religious buildings. Founded by rich widow doña María de Guzmán in 1580, the monastery was once frequented by wealthy women-turned-nuns, whose upper-class Spanish families had paid for them to devote their lives to God. The perfectly preserved living quarters (many of which have been set up to look exactly as they did in the 1500s) and extensive network of blue and burnt-orange streets, prayer rooms and leafy plazas used for exchanging goods give a fascinating – and eerily realistic – insight into the lives of 16th-century nuns. 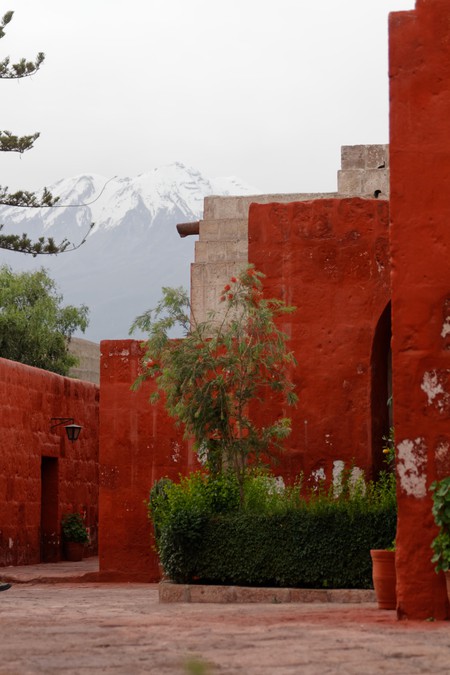