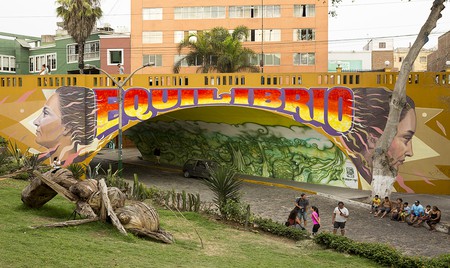 Barranco has always been Lima’s bohemian district par excellence, a place where artists of all disciplines and backgrounds have gone to nurture their creative inspiration. Lately, Barranco’s streets have become something of a canvas, as the local government continues to allow more murals to be painted on the streets’ walls, Barranco is morphing into a colorful and lively street art gallery. 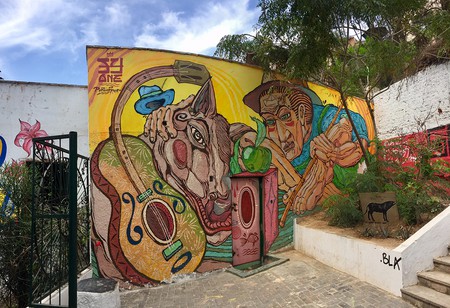 So what’s the main difference between a mural and graffiti? Murals have legal permission from the owners of the facilities or from local government authorities, while usually graffiti doesn’t. Also, murals involve more paint and other techniques, while graffiti is more commonly just spray. Regardless of the latter’s legality, both are considered street art. 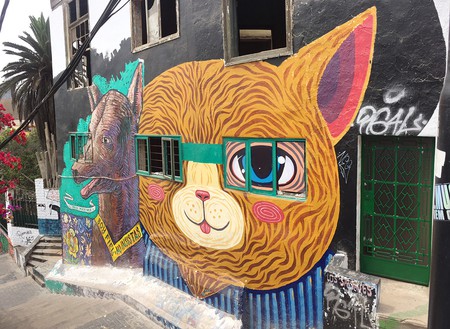 A mural by Carga Máxima in Pasaje Oroya off the Baja de Baños walkway. | ©Manuel Orbegozo

The importance of murals in urban spaces like Barranco is that art becomes democratic, everyone can have access to it. It’s also a way to intervene where places that have been abandoned. Murals often follow a more realistic line to make a message clear and understandable for everyone. They tend to carry a social message (sometimes political) connecting with the observer’s world and concerns. 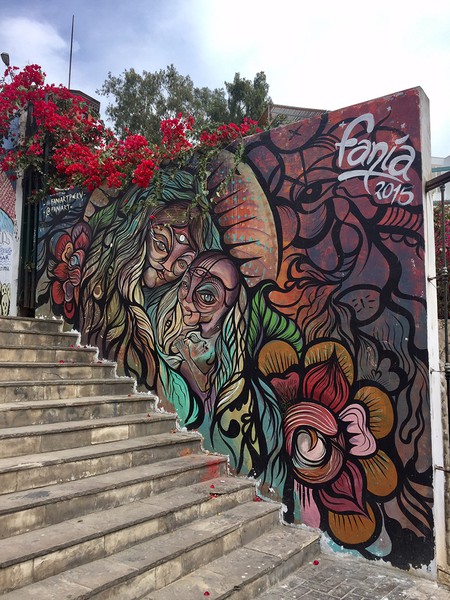 2015 was a rocky year for mural artists. A terrible offense took place that March, when the city’s current mayor covered over 60 murals in yellow paint (the color of his political party) because he thought these murals didn’t match Lima’s Historic Centre’s character and could eventually lead to its World Heritage Site title removal by the UNESCO. Yet, it seems that Barranco has found that murals embellish the area’s hipster atmosphere mixed with the architecture from the more aristocratic era. Murals in Barranco are everywhere, on the facades of bars, museums, cultural centres, as well as parking lots. 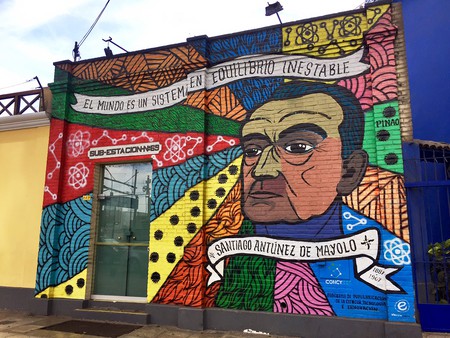 Mural of Santiago Antúnez de Mayolo by Carlos Pinao is the frontis for the Museum of Electricity. | ©Manuel Orbegozo

In 2015, Barranco’s authorities announced a mural contest called “Las Paredes Hablan” (The Walls Speak), where each winning artists was awarded with a space in one of the 15 walls suitable for a span of two years. First prize also received a 5,000 soles award. Around 100 sketches were submitted. The main prize was won by Jonatan Rivera, also known as “Jade”, whose art is influenced by magical realism and other figurative expressions. His work can be seen at the Bajada de Baños walkway or on Grau Avenue, near the Metro supermarket. This year, a new contest is scheduled to take place. 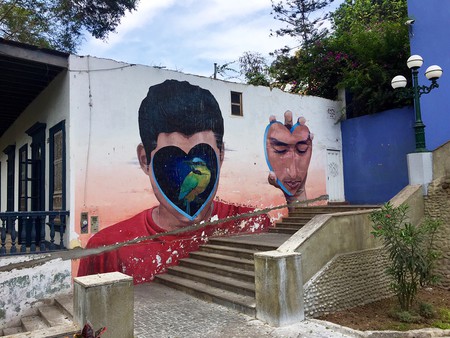 "The Home Of Sigh" by Jade, located below the Puente de los suspiros, or Bridge of Sighs. | ©Manuel Orbegozo

Also, Péndulo, a Peruvian artist management platform and traveling gallery put together a one day event called Sinergía Urbana, where renowned artists like Elliot Tupac were summoned to paint murals in the Pasaje Oroya, a passage of the Bajada de Baños walkway. Since then, Pasaje Oroya has become a must-see destination in Barranco. Another initiative to “muralize” the district was “Muraliza tu barrio”, a festival organized by the Red de Artistas Barranquinos, a network of artists from Barranco with the aim of democratizing art by promoting a stronger sense of community and identity, and to keep private and public property from getting vandalized.

Even though street art is often disapproved of by certain local authorities, it has become clear that Barranco is becoming Peru’s biggest public art gallery.