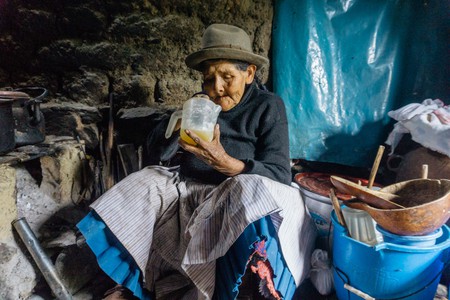 Chicha being made and tested | Mia Spingola / © Culture Trip

The history of chicha dates back to the Incas, who revered the drink so much so that it was included in most important ceremonies. That history is evident when you watch the people drink this golden Incan elixir: there’s aways a sip poured on the floor for the Pachamama, who in Inca tradition is Mother Earth. The drink has survived through conquest and countless generations and is still as popular as ever today. Here’s what you need to know about the making of this fermented corn drink, beloved by the Incans and present-day Peruvians.

Everyone sits in a circle, some sitting on the floor, others around a table that’s too large for the room, and a couple of others on logs. The circle follows the noncircular contours of the room. Each person has a large glass of chicha, which is about two pints (one liter) each. Every time someone finishes the large glass, thechicha maker takes the glass and dips it into a large clay pot, exchanging a few words in Quechua. This is a typical chicha spot, indicated by a red plastic bag wrapped around a wooden pole that sticks out from the small building like a flag. These flags are found all throughout Peru, especially throughout the Sacred Valley and the Andean regions. 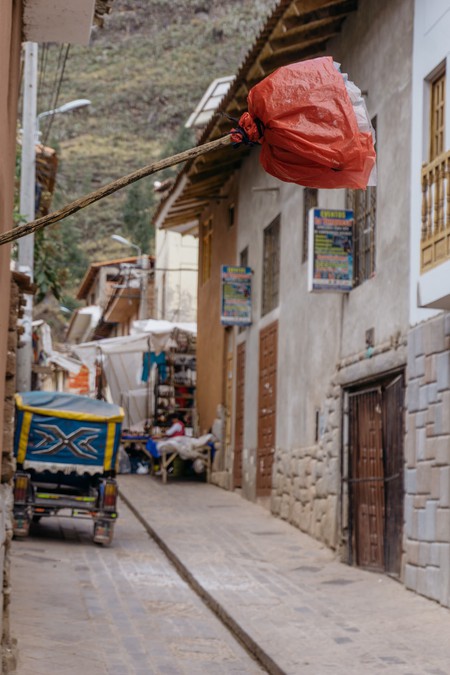 Where chicha is made | Mia Spingola / © Culture Trip

“You have to drink it all in one sip – all of it,” says a man who goes by the name Mr. Wow, who owns a hostel next door called Casa de Wow. Its name comes from its frequent use as a place for ceremonies using San Pedro, a psychedelic-containing cactus found in the area. “You feel all the energy running through your body when you drink it like this.” He then continued to chug his drink and then stood up with his arms spread wide as if he was about to have a warm embrace with a friend you hadn’t seen in a while. “The energy, you can feel it.” 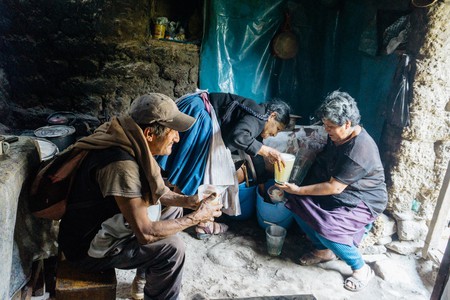 We are in Ollantaytambo, a beautiful town in the Sacred Valley surrounded by ruins that cling to the mountains looming over the small pueblito. The town is well known for its ruins and its narrow cobblestone streets, and is one of the only towns in Peru that still has its Incan street-planning intact. 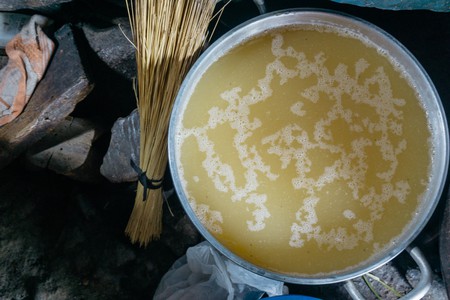 “This is how we make the drink of the Incas,” says Veronica, pointing to the corn lying out in the sun. “We must let the corn sit in the sun and dry before we begin to crush it.” The corn lies on a colorful Andean textile and waits to be crushed into a powder. 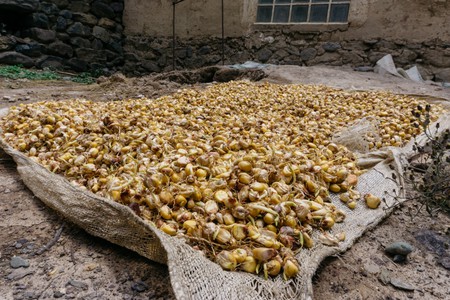 At 80 years old, Veronica has been doing this since she was a little girl, learning the family tradition from her mother. She still does the entire process herself, which includes bringing buckets full of water from her sink, which is in a room you wouldn’t consider close, and then chopping wood for the fire with an axe. 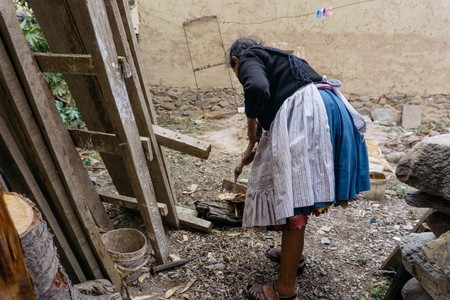 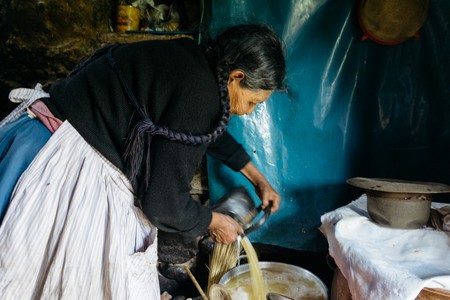 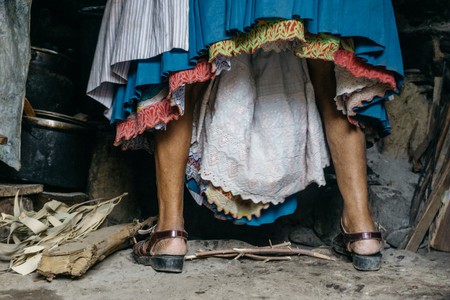 “After grinding, you must put it in the pot with the water to boil, and my process takes three days of fermentation so it has the best flavors,” she says, pointing over to her garden as she adds different spices and herbs. “This is the drink of the Incas and we’ve been doing it like this ever since we learned it from them.” 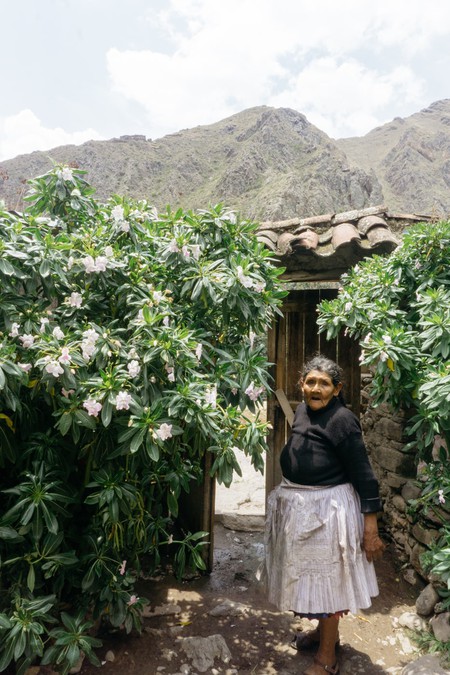 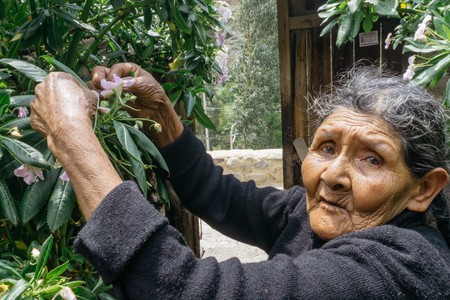 She leans over into the large pot, scooping up a glass full of chicha, which she hands to me. It has a three-finger head, like any good beer, but instead of a white foam, it’s golden like the corn. Don’t expect there to be only beer in your glass: you’ll usually find a couple of bugs, boosting its protein count. The large clay pots where the chicha is stored are a goldmine for the local bugs. Veronica does her best to strain out them out before she hands me the glass, but there are still a couple floating around as I take a gulp with all eyes on me; no turning back now. 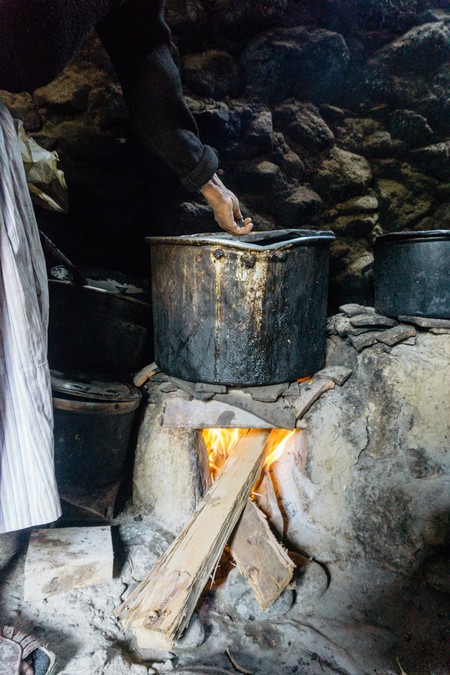 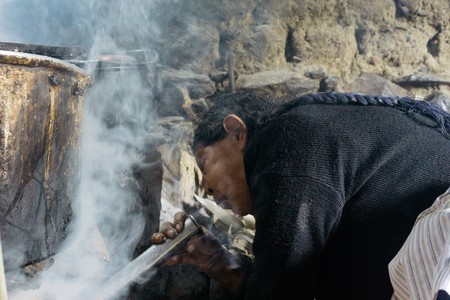 If you’ve ever had kombucha, chicha tastes exactly like that, with a hint of fruit. Like most fermented drinks, it has an almost sour taste to it, with a hint of sweetness, which makes it rather enjoyable once you get past the selection of floating insects. For one sole (around 30 cents) it is hard to beat, and with about 4% alcohol, it may become your new favorite drink in Peru.

Chicha being made and tested | Mia Spingola / © Culture Trip 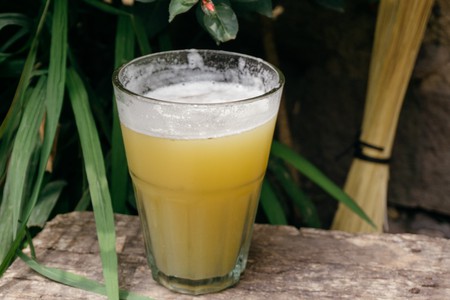