A Food-Lover's Guide to Lima, Peru 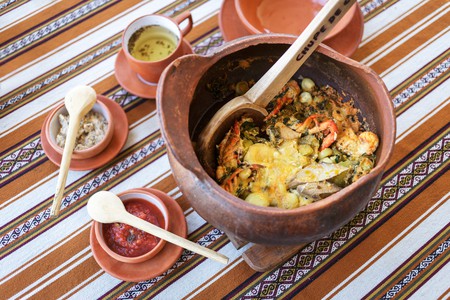 Peru is one of the most biologically and climatically diverse countries in the world, something that’s reflected in its culinary scene. The country has long been acknowledged as the gastronomic capital of South America, and Lima is where this fantastic cuisine comes together.

The restaurants below are at the forefront of Lima’s food revolution. They are redefining what it takes to be called a Peruvian dish, by exploring previously unused local ingredients and by creating innovative fusions with international cuisines, such as Japanese food. 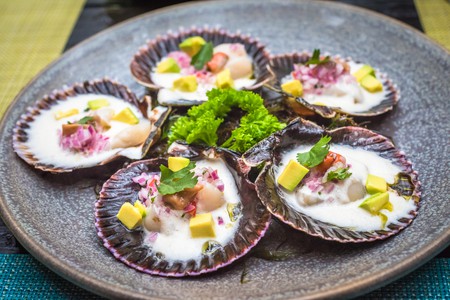 With a clear mission to value the biodiversity of the Peruvian landscape, chef Virgilio Martínez presents you with a novel cuisine organized by altitude, so that each dish features ingredients from a similar area. Enjoying the Central experience involves using the senses to surrender to a subtle tour through Peru’s landscape. The dishes seem more art than edible fare, until you try them. Central has been consistently voted the best restaurant in Latin America and it currently comes in at number six on The World’s 50 Best Restaurants. It comes in at number five on The World’s 50 Best Restaurants list, and its chef and owner has been voted best chef in the world.

Coming in at number 8 on The World’s 50 Best Restaurants list, as determined by top chefs and other industry insiders, is Maido, run by chef Mitsuharu ‘Micha’ Tsumura. Maido is the result of Micha’s passion for Nikkei food, which is a Japanese-Peruvian fusion style of cooking. The menu runs from exquisite Japanese sushi classics to original creations such as “cau cau,” a pre-Columbian potato stew, given a modern twist with the addition of sea snails. This is another Peruvian restaurant that’ll treat your palate to something new and unique. 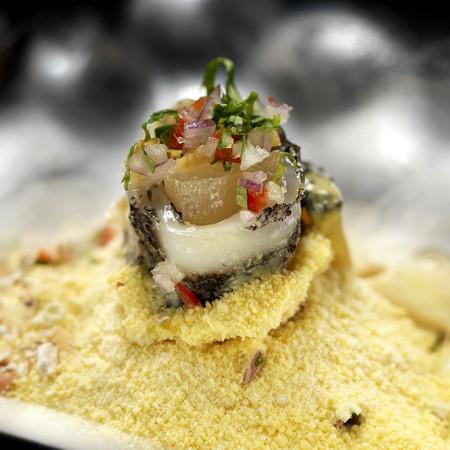 Some family favorites and where to find them

This is your grandma’s home cooking, a style that is mostly lost on Lima’s restaurants. Traditionally the term criollo refers strictly to people of Spanish descent living in Latin America. But in Peru, over the centuries, its meaning has been transformed from racial to cultural in scope.

When it comes to food, comida criollo is a fusion of ingredients, cooking techniques, and flavors from all over the world. It’s an eccentric overlapping of indigenous, African, and European that makes up Peru’s comfort food. The Chinese brought their woks to create the infamous lomo saltado stir fry; the Spanish brought their love for creamy sauces, poured over Andean potatoes inventing papa a la Huancaina; and Africans invented the savory tacu tacu, essentially just rice and beans that’s better refried and eaten a day later.

Criollo cuisine is a bizarre and unique fusion of flavors cooked by abuela that truly cannot be found anywhere else in the world. The best-known restaurant for criollo food is Barranco’s Isolina. 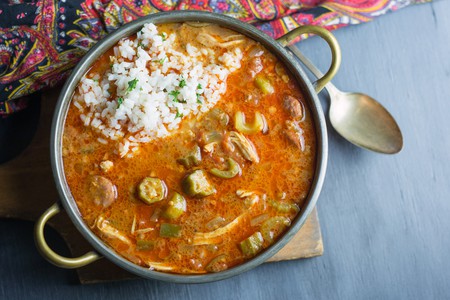 Chifa is a classic you ought to try while in Lima. It’s another fusion, this time of Peruvian and Chinese ingredients brought to Peru by East Asian immigrants. The style has been embraced with open arms and is traditionally eaten in restaurants on a Sunday—if you can get a table, that is. Families go to chifa restaurants dressed in their Sunday best and share the typically large, family-style plates that the cuisine is known for. 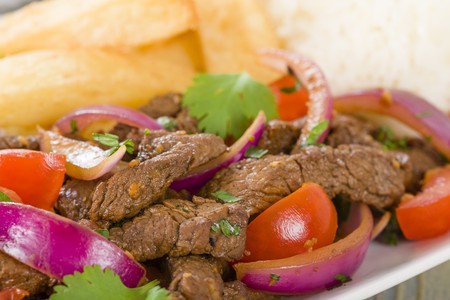 Located just off Barranco’s main plaza, you’ll most certainly find a crowd and a wait time here at the weekends. Enjoy the fried rice (chaufa) with your choice of meat, pork or chicken mixed with some fried wontons and dumplings. Just remember that the portions are very large and meant to be shared.

A slight snag to finding street food in Lima is that some upscale neighborhoods have introduced local laws to reduce the number of street traders—but fear not, this is a large city and there are many other places to look. 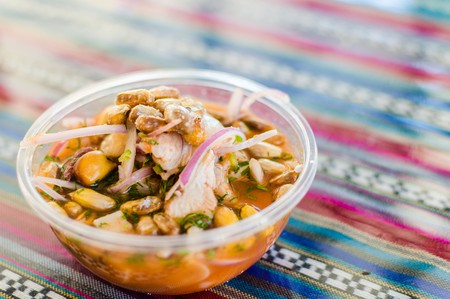 The first things to stir on a typical Lima morning are the sandwich/emoliente vendors, a favorite breakfast stop for many. You’ll find sandwiches with avocado, chicken and sweet potato combined for just a sol or two, which you must pair with a warm cup of emoliente. Emoliente is a potion of liquid goodness, made with quinoa, aloe vera, bee pollen, maca, chia sees, local herbs and much much more.

Picarones—a donut-like dessert made of fried sweet potatoes dipped in honey—are every Peruvian’s favorite dessert, and can be eaten at any time of day.

This popular barbecue dish is one for enthusiastic carnivores. Out on the street you’ll see vendors with grills and what look like a bunch of meats on a stick—but are, in fact, cow hearts.

Ceviche, deserving of a category to itself

Peru has quickly gained a reputation as having the ultimate in gastronomy—and so too has its flagship dish, ceviche. This mix of raw fish ‘cooked’ in citrus juice and traditionally dressed with chilli peppers is an addictive dish that combines hot and cold with dazzlingly fresh flavors. 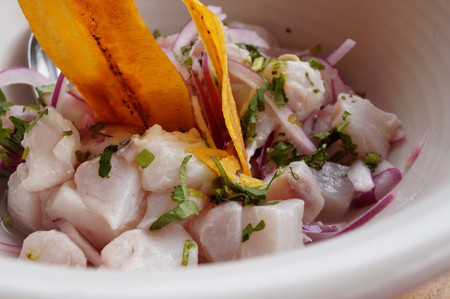 This restaurant is owned by a fisherman and his wife, who turns her husband’s fresh catch into delicious ceviche and seafood dishes. The decor helps set the mood, with colorful nets, oars and other fishing gear lining the walls. It’s located in Chorrillos in Lima, just off the Boardwalk.

From the first story of his house, Javier Wong rustles up some of the best ceviche in Lima. Located in the lesser-known neighborhood of Santa Catalina, Chez Wong was a stop for the American celebrity chef Anthony Bourdain and has been for other Peruvian dignitaries and celebrities, but stays true to its working-class roots. Cramped in his small garage, you never know who could be sitting next to you as you eat your ceviche.

A short walk from El Mercado and the Miraflores Boardwalk, La Mar is an upscale cevicheria. With a beautiful ambience and outdoor seating, as well as delicious ceviche and unique dishes, there’s nothing not to love about this delightful spot.

Ready to taste Peru for yourself? Check out Intrepid’s range of holidays to Peru, including a foodie-themed trip: plan your next adventure!