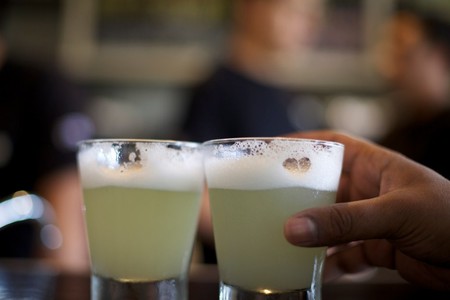 The pisco sour: a drink that can be either too sour or too frothy, but when it’s made just right might be the most drinkable cocktail around. If you find yourself staring down your fourth pisco sour you’re a) drinking a very good pisco sour, and b) you’re drunk by this point. Learn about the pisco sour, Peru’s number one cocktail.

The pisco sour is a cocktail with its main ingredient being pisco, a brandy made in Peru. The drink consists of a shot, or a shot-and-a-half of pisco, simple syrup, lime (preferably Peruvian limes), egg whites and a couple dashes of bitters on top. The key to the cocktail, however, is to shake it rather than use a blender. The blender tends to be an inexact science, while the shaker will make it frothy every time. That’s no guarantee, but the best pisco sours in Peru are usually poured from a shaker. 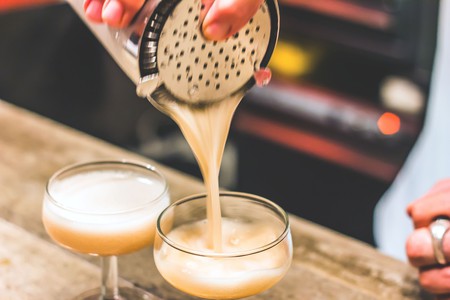 The origins of the pisco sour

If you talk to a Peruvian – Chileans, who enjoy their own version of the cocktail, will come up with another origin story about how they invented the drink – they will say that it dates back to the 1920s in Lima. As legend has it, an American bartender named Victor Morris moved to Lima to open a bar. After experimenting with various pisco cocktails, one of his bartenders came upon its current iteration: the pisco sour. The drink was created and Morris’ bar was filled with Peruvians and travelers all wanting to get a taste of this new cocktail. 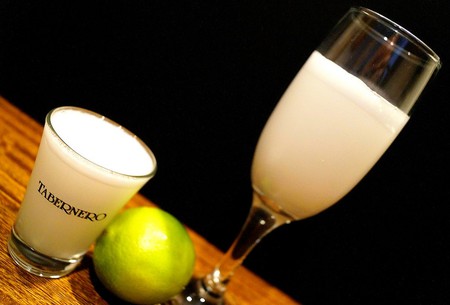 Why is it a big deal?

Well, first of all, it was invented in Peru and the first Saturday of February is national Dia de Pisco Sour. Just like mom and dad, the Peruvian cocktail has its own libationous day filled with hedonistic pisco sour drinking. While the pisco sour is delicious and certainly deserving of a day dedicated all to itself – like most well-made cocktails are – it has more to do with Peru’s race against Chile for the unofficial title of capital of the pisco sour. Whoever can shout louder wins – although the Peruvian version is, of course, much better than its Chilean counterpart.