A Brief History of Quinta Heeren House in Lima, Peru 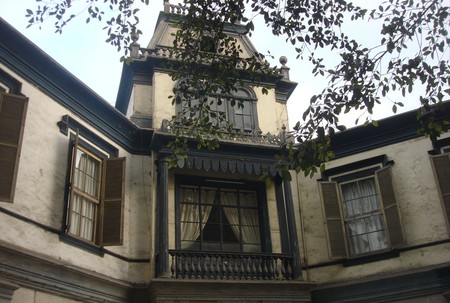 One of the main mansions where the Belgium embassy was located. | ©Marco Rey4/Wikipedia

Barrios Altos is one of Lima’s oldest neighborhoods; a place full of legends where tales and traditions were brought to life. Though it became a haven for criminals and delinquents, some of its stunning architecture survived, including La Quinta Heeren. Learn more about Lima’s most mysterious building before you visit Peru’s capital.

At the end of the Republican era in the 18th century, 40 percent of Lima’s population lived in Barrios Altos. It was home to the biggest Chinese colony in South America, pre-Hispanic temples and water canals (still running underground), the theater where El Condor Pasa was first performed, and home to some of the best nightlife back in the day. Although Barrios Altos was taken over by delinquency and crime, it still preserves some of its glamour in Republican buildings such as La Quinta Heeren. Once a residence, La Quinta Heeren became a luxurious home to many embassies, as well as Lima’s first zoo. It saw its dawn after a tragic incident that ignited rumors and legends. 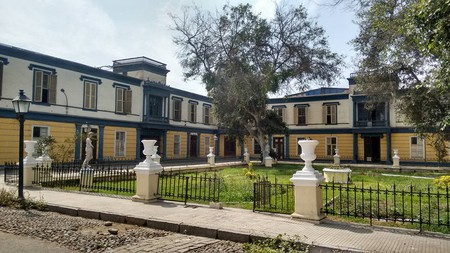 The Quinta Heeren was built in 1880 by Óscar Augusto Heeren, a German diplomat sent to Lima to establish relationships between Peru and Japan. Heeren, also an architect, built a series of mansions within 38,7500 square feet (the size of a stadium) to form what used to be a hacienda – and later a condominium – situated in Barrios Altos. Heeren’s academism was influenced by Austro-Hungarian, German and Victorian architecture he had seen on his trips around Europe.

Quinta Heeren was finished in 1882, during the War of the Pacific. The residency was composed of six mansions, a small square with vases and greek marble statues, a small zoo (Lima’s first) that exhibited exotic animals such as a female condor named Pochola (now taxidermied and hung in one of the mansions), Lima’s first tennis court, a stable, a horse riding ring, huge gardens, streets, and a bridge. Its beauty was widely recognized in the aristocratic and fine arts worlds, welcoming painters who would often spend time seeking inspiration from the scenery. 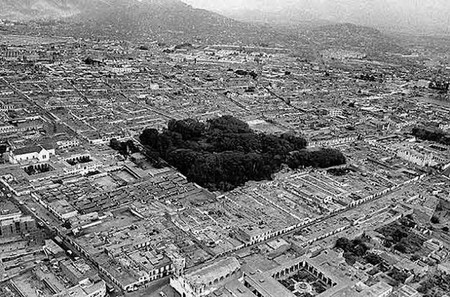 The Quinta Heeren was one of the greenest places in Lima, with an aerial view comparable to that of Central Park in New York. It became home to the embassies of Japan, Belgium, France, Germany and the United States. The latter was located in Heeren’s actual residence, the most pristine and luxurious building in the complex. It was in this house where Seiguma Kitsutani, a wealthy Japanese businessman, moved to at the beginning of the 20th century. Kitsutani was known for importing the first Japanese products, such as silk, to Peru.

In 1928 Kitsutani was unfortunate enough to learn his stores in Japan had burned down in a fire. To make things worse, one of the boats carrying his merchandise was wrecked, causing him to enter into a depression – some say a failed attempt to court a Peruvian woman worsened his mental state. Knowing he would never recover his honor, Kitsutani committed suicide in the main mansion by performing seppuku, an ancient Japanese ritual suicide by disembowelment, stabbing himself across the belly. His death, a mysterious incident that tainted Peruvian society, became a huge news story that led to several rumors about paranormal activity in Quinta Heeren. Nowadays, experts in the matter visit the Quinta Heeren to catch the ghost of Kitsutani, said to walk around the premises at night.

Kitsutani’s story is not the only ghost story locals and tour guides will tell. Supposedly, a Spanish man who had been accused of heresy by the residents of the Quinta Heeren was persecuted by the Catholic Inquisition. He allegedly cast a curse on the residency, swearing his spirit would never leave the premises. Now residents still claim to see his spirit riding a horse. Also, a 10-year-old boy allegedly murdered his mother in one of the rooms and left a drawing on one of the walls depicting the scene. The drawing is still visible today.

Ghost stories aside, Quinta Heeren continues to be a gem of Lima’s aristocratic past, still available for visits despite being in one of the most dangerous zones of the city. Heeren’s descendents still own the property and are determined to recover and preserve this historic monument considered a an endangered site by the World Monuments Fund. Sunday tours are available for booking through the Quinta Heeren’s Facebook for 60 sol (US$18) including a buffet and a live criolla music show. A nostalgic trip to this forgotten part of Lima will set you back in Peru’s glamorous Republican times.