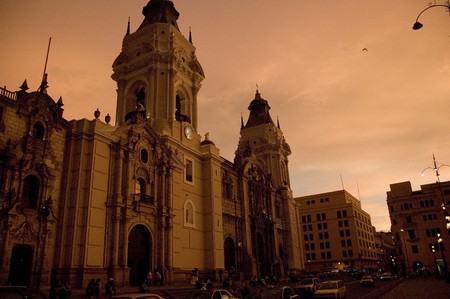 Lima’s Plaza de Armas is the highlight and can’t-miss location of any trip to Lima. You’ll find the best architecture in Lima there – maybe even in all of Peru – and some of the most distinguishable balconies in the world. But before you head to the Historic Center, here are some things to know to make your experience that much better and safer.

The Government Palace (Palacio de Gobierno), one of the most spectacular buildings in Lima’s Plaza de Armas and definitely the most heavily guarded, is where the President of Peru calls home. In addition to being his home, the palace also serves as the location for various governmental meetings and functions and is not open to the public, although some special tours can be arranged. 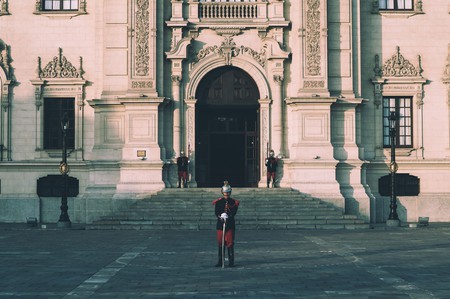 The Government Palace in Lima’s Plaza de Armas was the site of the first Spanish-made palace in all of Peru. The location on the Rimac River was believed to carry spiritual significance and was also a home for the Inca Emperor before the Spanish arrived. Pizarro, the Spanish conqueror of the Incas, began construction on the site in 1535 and today serves as the home for Peru’s president.

Oldest house in the Americas

Adjacent to the Governmental Palace is the Aliaga House, the oldest house in all of the Americas. When the Spanish founded Lima in 1535 a plot of land was given to the Aliaga family, who built a mansion that is still standing today. While it has gone through several renovations, it is a beautiful and stunning example of colonial architecture. 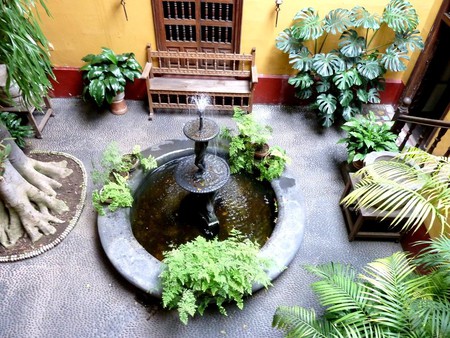 From the location of the fountain in the middle of the plaza, you get a 360-degree-view of Lima’s spectular history and beauty. But did you know that that fountain was once the gallows, where people would be sentenced to death? Standing near that fountain you are standing on ground where people took their last breath.

The beauty of the Plaza de Armas can be distracting and make you forget about your surroundings. Around the Plaza are very dangerous neighborhoods – some of the most dangerous in Lima – with the sort of streets where, if you end up on one, people will stop to tell you to turn around immediately. Try to visit during the day to avoid walking down any suspect streets at night. 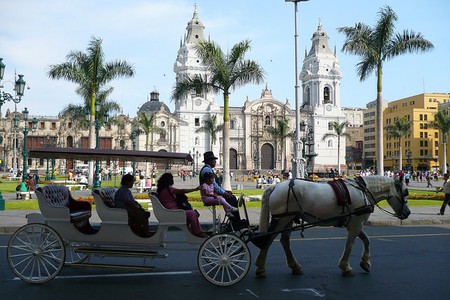 A view of the plaza during the day | © Art DiNo / Flickr

Lima, and Peru in general, suffer from a lot of seismic activity. Many earthquakes have damaged the Plaza, the most recent large one in 1940, and as a result many of the buildings have had to be repaired and reconstructed. Not all the architecture dates back to the Spanish conquest.

The Plaza is the home of Peru’s governmental body. In addition to housing the president, Palacio Municipal de Lima is home to Lima’s most important politicians. While tourists are snapping photos of the buildings, politicians are inside making decisions that affect the entire country.

Although the building and its architecture appear to date back to the founding of the city, it is in fact relatively new, having been built in 1924. The palace also serves as the home to the Archbishop of Lima. 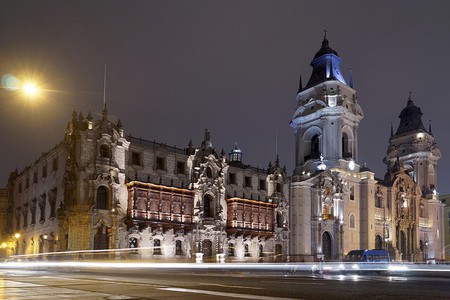 Best way to get there

Lima has unbearable traffic all day and getting to the Historic Center from, say, Miraflores, can take a long time and cost a lot of money. That’s why it’s advisable to use Lima’s rapid bus system (El Metropolitano). With its own lane it is able to bypass most of Lima’s traffic and take you right to the Plaza de Armas from almost anywhere in Lima – and at around 5 Soles ($1.55), it makes for an inexpensive trip.