8 Films Inspired by Peru and Its Beautiful Natural Landscape 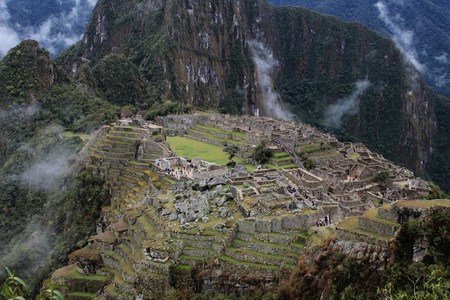 Peru has long been a source of inspiration for musicians, writers and anyone seeking a glimpse of the unimaginable and unforgettable. It is no wonder, then, that it has inspired many Hollywood movies. Here is our guide to the movies that were inspired by Peru and its ineffable beauty.

Secret of the Incas

This 1954 adventure film was inspired by the Incas and by Hiram Bingham’s accounts of his ‘discovery’ of Machu Picchu. The movie was filmed by Paramount Pictures in Peru at Cuzco and Machu Picchu, becoming the first major Hollywood film to be shot at this famous archeological site. The film boosted tourism to Peru and was the source of inspiration for Raiders of the Lost Ark.

Fitzcarraldo is a 1982 West German surreal adventure-drama film written and directed by the legendary Werner Herzog. The film tells the story of the rubber companies who came to Peru to steal its natural resources in the Amazon Basin. The story was inspired by the historical figure of Peruvian rubber baron Carlos Fermín Fitzcarrald, and was almost entirely shot in the Peruvian Amazon. 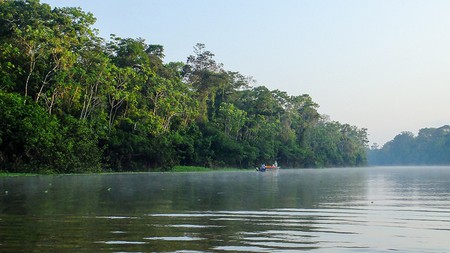 Raiders of the Lost Ark

This Hollywood classic, directed by Steven Spielberg and written by George Lucas, was inspired by the great history of the Incas and by Peru’s beautiful landscape and rich cultural history. Taking most of its cues from the movie Secret of the Incas – the two movies have similar plot lines and lead characters – this movie, perhaps more than any other, brought attention to Peru’s great history and landscape. While most the Peruvian scenes were filmed in Hawaii, the inspiration for the movie was entirely Peruvian. 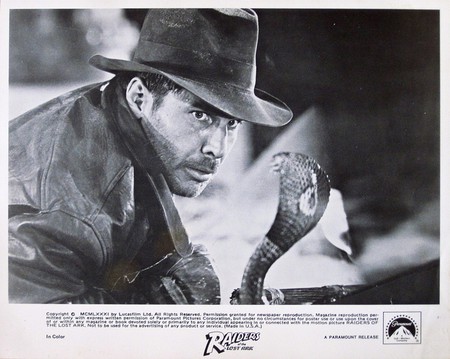 The Emperor’s New Groove is an animated movie by Disney, and the culmination of a long process that began with a movie called Kingdom of the Sun. Kingdom of the Sun was the result of Roger Allers’ and Matthew Jacobs’ trips to to Cusco and Machu Picchu for an animated film based on the Incas. The movie was eventually shelved, but was later picked up and changed from a serious, epic animated film to a comical one. During the process, however, the film never lost its Inca roots or its Peruvian location.

Based on Ernesto ‘Che’ Guevara’s memoir, The Motorcycle Diaries chronicles his formative motorcycle trip through South America. While the movie takes you on a journey through South America, it is Guevara’s time spent in Peru that changes him. After seeing the wonders of Machu Picchu and working at a leper colony, the 23-year-old is altered forever.

The Dancer Upstairs is a 2002 Spanish-American crime-thriller film produced and directed by John Malkovich, based on the 1995 book of the same name by Nicholas Shakespeare. The inspiration for the book was the impact Abimael Guzman and his Andes-based Shining Path terrorist group had on Peru and, especially on Lima, in the 1980s and 90s. The Dancer Upstairs is set in Lima and the Peruvian Amazon, but was shot in Ecuador, Portugal and Spain.

Aguirre, the Wrath of God

This is another Werner Herzog film shot in the Peruvian Amazon. The German director and writer was very fond of the area and its history. The film was shot in the Peruvian rainforest, at Machu Picchu and on the Amazon River tributaries of the Ucayali region. Aguirre was shot in five weeks as the director and his cast and crew floated in rafts down the Huallaga and Nanay rivers through the Urubamba Valley, mirroring the journey taken in the movie.

In this documentary, a crew searching for a tribe deep in the Amazon jungle are taken hostage by a snake hunter who is in search of a giant anaconda. Though it was released to poor reviews by critics, the movie was still a box-office success and has become something of a cult classic. 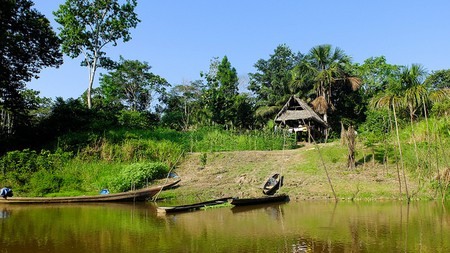