8 Fashion Designers From Peru You Should Know About 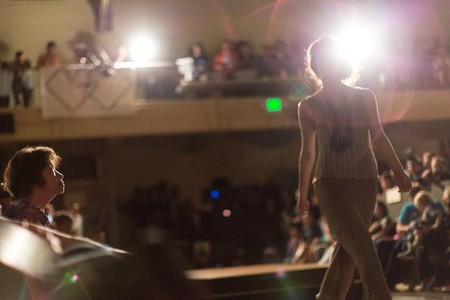 With the fashion world setting its gaze upon Peru, we’ve compiled a list of the Peruvian fashion designers that you may not be familiar with, but definitely should be. Here’s our pick of the need-to-know designers from Peru who are being recognized at catwalks worldwide.

Perhaps the most recognized designer in all of Peru, her work has been featured in Vogue and on catwalks across the globe. Her first experience in the fashion industry was working for Michael Kors in New York, where she was immersed in the world of couture fashion. As somebody very proud of her heritage, Calderón has since moved back to Peru, the inspiration for many of her designs.

A post shared by House of Ani Alvarez Calderon (@anialvarezcalderonofficial) on Jul 14, 2017 at 1:22pm PDT

Although born in Arequipa, Claudia Jiménez has taken up residence in Lima, where she studied and now works from. A global designer, her work has been on display in Paris, Mexico, Panama and Costa Rica. Claudia owns two stores selling all her lines, ranging from haute couture to prêt-à-porter accessories.

A refined taste for neutral colors are the main features of Ramos’ designs, transmitting peace and tranquility. His drive for perfection even extends to his control of the music at his catwalks, ensuring that each show has the perfect soundtrack to compliment his designs.

With decades of experience in the fashion industry and having numerous lines featured on catwalks across the world, Norka Peralta is perhaps the leader of haute couture fashion in Peru. Creator and current director of the brand that bears her name – located in upscale San Isidro – Peralta uses fabrics such as silks and alpaca wool with handmade embroidery for her designs. She also designs the dresses worn in the Miss Peru pageant.

Omar Valladolid was just a child when he realized that many people in Chulucanas – the town where he was born – were walking around in dark clothes, despite the intense heat. Eventually, he came to realize that it was an external representation of mourning within his culture. As a nod to his childhood, he now incorporates plenty of black into his designs, which have been seen on Flashmode and Life Week.

Jessica Butrich was born and raised in Lima, and her pop-art designs on classic shoe and boot styles are all locally made. Her beautifully-designed shoes are now being worn by some of the trendiest Peruvians all across Lima and the rest of the country.

Her designs are unique and original, with a focus on feminine independence. She is very much an international fashion designer, her elegant outfits always being at the forefront of trends. Her collections are represented in the most important fashion shows such as Fashion Week Paris, Miami, Puerto Rico, Lima Fashion Week and Punta del Este.

Inspired by Peru’s numerous ruins and their pre-Columbian inhabitant’s mythology, Lorena Pestana created a line of jewelry using various pre-Columbian symbols found in textiles and pottery art. After traveling to various ruins in Peru, she decided to set up shop in Miraflores to begin her jewelry designing career, going on to open several shops all over Peru.