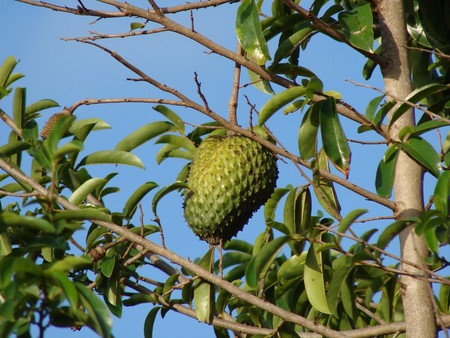 Peru is a country with wide-ranging micro-climates and is home to an astounding 30 of the world’s 32 climates. In a way, the country can house almost every fruit and vegetable in the world and certainly has some eyebrow-raising options of which you’ve never heard. From the coast to the Andes and the Amazon, Peru contains some of the world’s most distinct and unique fruits and vegetables that you must try.

Camu camu is an acidic treat from the Amazon that tastes like a lime mixed with a tart cherry or berry. Because of its very sour taste, it is usually used in drinks, jelly, and ice cream. Camu camu also has a higher vitamin C count than oranges, so if you feel la gripa (a cold) coming on, look for this unique berry.

Native to the Andean highlands, the word chirimoya is derived from the Quechua word meaning “cold seeds” because it can grow at high altitudes, up to 2,600 meters (8,530 feet). The fruit is heart-shaped, and its green skin looks similar to what a dragon egg would look like. Chirimoya has a unique flavor; imagine every exotic flavor mixed into one (you really just have to try it to understand). 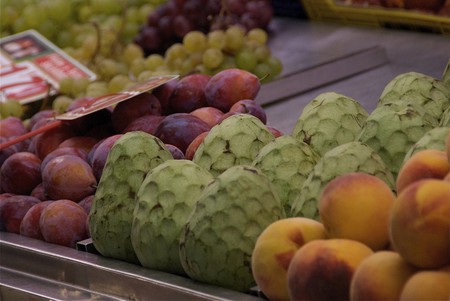 Lucuma is grown in the Amazon and is the creamy nectar of the gods. Its outside is green, resembling an avocado, and is orange on the inside. Peruvians don’t usually eat it by itself, but instead add it to smoothies, juices, desserts, and ice cream. Indeed, it goes best with chocolate and vanilla ice cream. Because of its orange-yellow insides, it is known as the “last gold of the Incas.”

Called the Peruvian cherry or Inca berry, aguaymanto resembles an unripe, grape-sized tomato. Sold either still in their leafy shell or without it, these make delicious snacks, and it is a fruit you should go to the store now to find—if for no other reason than it’s delicious and the Incas used to eat it. 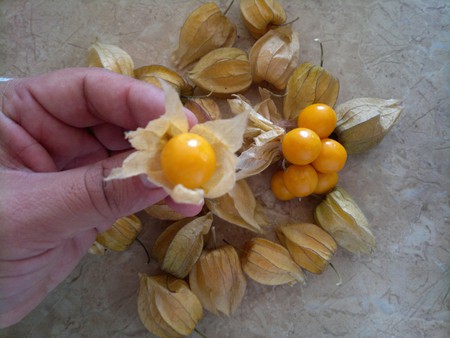 Olluco looks very similar to a potato, but it has a crisp taste to it when you bite into it, which never ceases to surprise. You’ll never get past the fact that it resembles a potato but almost feels like biting into an apple.

Maiz morado is purple corn, and it’s almost everywhere you go in Peru. However, you don’t consume it like yellow corn; purple corn is used in the drink called chicha, which is delicious and has a cinnamon flavor to it. Purple corn is also made into a dessert topping for pies and arroz con leche—and it is high in antioxidants. 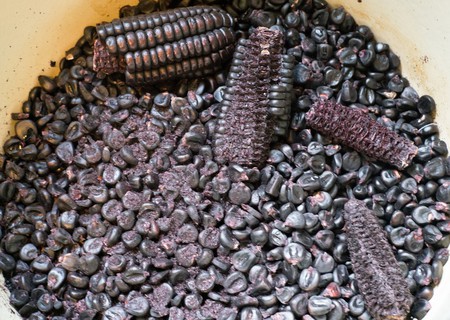 Another fruit native to the Andes, granadilla is like a smaller, yellow and more bulb-shaped pomegranate. Use your fingers to crack into it and enjoy a less messy pomegranate with a sweeter taste. 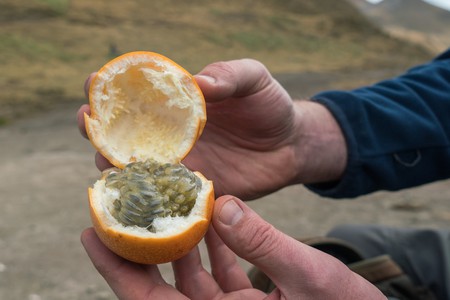