7 Cool and Quirky Things to Do in Lima, Peru 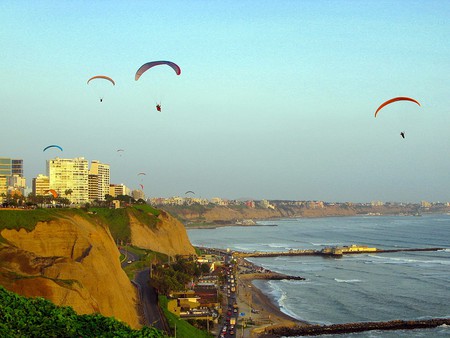 Paragliding over the Costa Verde © Juanernandez.9

Alternative attractions in Lima always bring the best memories. They’re unique experiences not many foreign visitors can return home with. From haunted houses, old school criolla music venues and the biggest procession in the world, these attractions are a good look at the traditions and idiosyncrasies of Limeños. The following list includes cool and quirky things to do in Lima that even some Peruvians can’t claim to have done.

Like any old capital city under Catholic influence, these underground burial sites were designed to avoid the spread of diseases from decomposing bodies. When Europeans began arriving in Lima in the 16th century, they brought over diseases like smallpox and leprosy. The Catholic Church ordered the construction of tunnels and vaults below religious buildings in downtown Lima so the clergy and privileged families could bury their dead. Nowadays people can visit the catacombs under the San Francisco de Lima Basilica and Convent, where at least 25,000 bodies were buried until it closed in 1810. These catacombs are the second biggest after those in Paris. 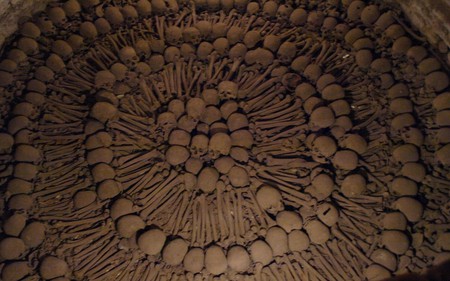 Inaugurated in 1808, Presbítero Maestro became Lima’s first pantheon. Hundreds of beautiful mourning sculptures made in marble decorate the 766 mausoleums and 92 monuments, many belonging to historical Peruvian figures like the heroes from the War of the Pacific. Although Presbítero Maestro only opens as a museum nowadays, you can still see people visiting their ancestors, and rumor has it that you can catch curanderos (shamans or witch doctors) practicing black magic. There are even night tours and an outdoor theater for those who are looking to go on a spooky journey into Peru’s Republican past. 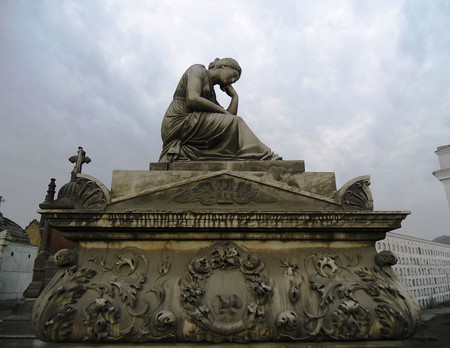 In viceroyalty times, the Spanish Inquisition spread fear in the population with the excuse of purifying the soul of those who committed crimes or acts against Christianity by torturing them for days or simply burning them at the stake in Lima’s main square. Fortunately, the Spanish Inquisition was suppressed in 1834. But if you would like to learn about the entire process heretics went through once they ran out of luck, you can visit the old torture chambers and the courthouse where public hearings took place; mannequins have been placed in torture machines to show how painful it must’ve been for those who defied the church. Legend says that the chambers are haunted. The Inquisition museum is located next to the Congress building in downtown Lima.

Leaving out the southern beaches of Lima, Costa Verde and Agua Dulce are two of the most popular beaches in the city. Located in Barranco and Chorrillos, both neighboring districts, these two beaches get so many visitors during the weekend that it’s nearly impossible to find a spot to set up a parasol. Fishermen usually make some money offering short boat trips to nearby beaches, while street photographers capture the best moments or portraits of Peruvian families that come from all over Lima to enjoy the beach. This is a good experience to see how Peruvians spend their family time on summer weekends.

Before drones made it onto the market, paragliding was the only way to get an astonishing view of Costa Verde, a road that follows the Pacific coast atop Lima’s cliffs. Companies offer 10- to 15-minute paragliding sessions with an instructor and an HD film of your trip for around 170 soles ($50). It’s worth it if you want to get an aerial view of the city, especially if you like extreme sports and are not afraid of heights.

Traditional partying at a peña

If you want to party Peruvian-style without going to clubs and listening to music you’d otherwise listen to on the radio, you can always find a good peña to spend your night in. Peñas are music venues where traditional Peruvian music – like marinera and the criollo waltz – is played by a live band. These venues could be small houses or large, sophisticated venues. You would need to listen to old school Peruvian bands and singers like Embajadores Criollos to get a feel for the kind of music you’ll find in these peñas. Some peñas have become more touristy, offering Andean music and dances and often inviting visitors to join in on stage. Some of the more traditional peñas, like La Oficina and Don Porfirio are located in Barranco.

The biggest Catholic procession in the world takes place every October in downtown Lima. It’s done as a cult to the Lord of Miracles, an image of Jesus Christ that was painted on a wall by an African slave in 17th century. It’s believed to grant miracles and to protect Peruvians from earthquakes (October is the most telluric month in Peru). Streets get so crowded, that a rope is used to keep devotees from getting too close to the image. People dressed in purple tunics cry and even pass out as the image comes close to them. Religion aside, watching people’s faith and fervor is a phenomenon that will give you the chills.