Things You Need to Know About Llamas in Peru 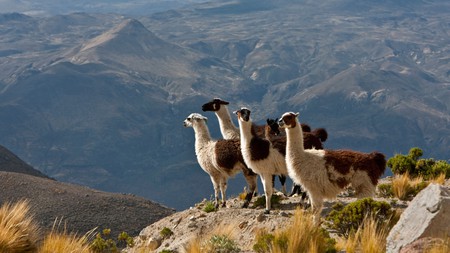 Where do llamas come from? You probably know the answer is South America, and more specifically Peru. The furry animals have become so linked to Peruvian culture that you can find some sort of llama trinket or stuffed animal wherever you go in the country. But what is the difference between an alpaca and a llama? What do llamas eat? And are they really as cute as they look? Find out everything you need to know about the Incas’ beasts of burden below.

Where are llamas from?

Llamas originated in South America from animals called guanacos, a relative of the camel. They became particularly important in Peru during the Incan Empire, when they were used to carry goods through the Andes mountains, while their hair was also used to make fabric.

Where do llamas live now?

Today, llamas still live in South America; you can find them mostly in Peru, Chile, Bolivia and Argentina. Their average life expectancy is between 15 and 25 years, although some live to be as old as 35. Hundreds of thousands of llamas have also been imported into the United States and Canada. They’re sociable animals, so they’ve become pets to some; in the US, they’ve even been used as therapy animals in hospitals and nursing homes. Watch out, though – llamas spit when they’re agitated. 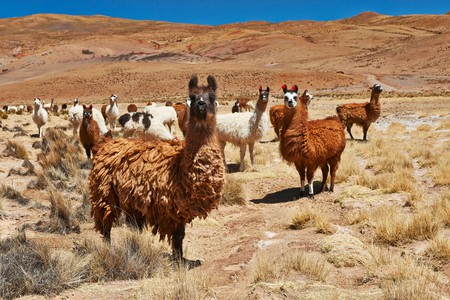 What do llamas eat?

Llamas are herbivores, like goats and sheep. This means they mostly eat grass, as well as plants, shrubs and trees. Pet llamas are often fed hay or grains, as fiber is an important part of their diet. They’ve even been known to enjoy broccoli, sweet potatoes and apples. Like camels, they have three stomachs.

What is the difference between an alpaca and a llama?

Llamas and alpacas are cousins, but they aren’t the same animal. There are three key ways you can spot the difference between an alpaca and a llama: their size, their hair and their face.

First, take a look at the animal’s size. Alpacas are noticeably smaller than llamas, at around 35in (90cm) high at the shoulder – that’s just below the height of an average door handle. Llamas, meanwhile, are 47in (120cm) tall at the shoulder.

Next, check out their hair. An alpaca has very soft, shaggy hair, which is often used in wool jumpers. Llama wool is coarser and less popular in fabric production, although breeders are working on producing a softer coat.

Finally, gaze into their eyes and assess their face shape. Llamas have long faces with banana-sized ears, while alpacas’ faces are smaller, with short ears. 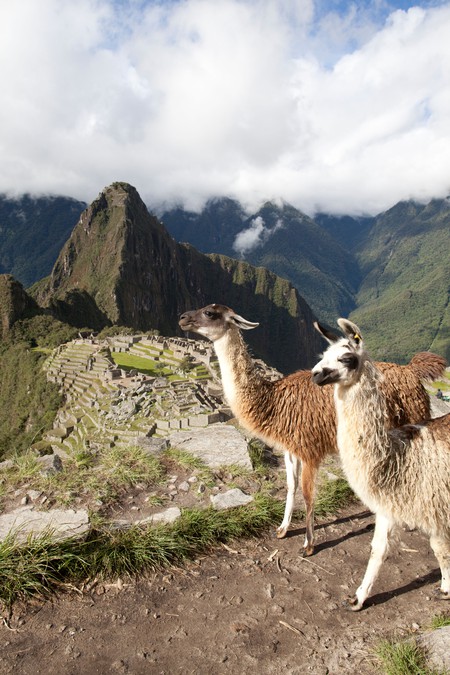