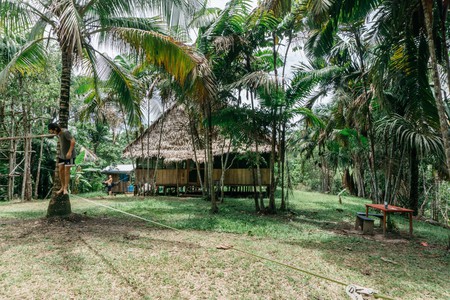 If you’ve never thought about going to the Amazon rainforest, you should. Be it the fact that, well, it’s the Amazon, the obscene amount of biodiversity, or maybe it’s because you love animals—whatever the reason, the Amazon jungle is the trip of a lifetime. Here are 16 reasons you need to stop what you’re doing, go buy some bug spray, and book your ticket to the Amazon rainforest right now.

The Amazon rainforest accounts for more than half of the world’s remaining forests and 20 percent of the world’s oxygen—which means it’s massive and there’s a lot to explore. The bright greens of the forests can only be described as “Amazon green,” meaning that you have to see it to truly understand the color. Take out a machete and explore the most massive stretch of forest in the world. 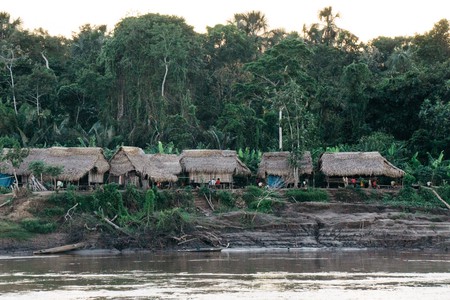 Life in the Amazon is different from anywhere else in the world. Life moves at a different pace and so too do the people. Don’t expect for things to happen on time, but don’t worry—go with the flow and enjoy the friendliness of the people from the Amazon. 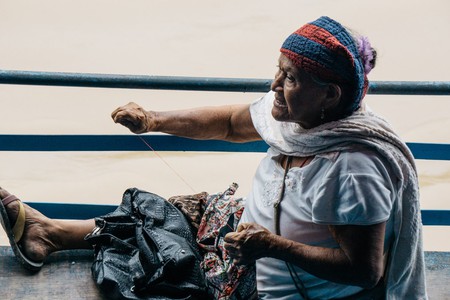 Jaguars, boars, sloths, monkeys, frogs, pink dolphins—there are countless animals that call the Amazon jungle home. The deeper you go into the jungle on guided tours the better chance you get at catching rare glimpses of remote jungle animals.

One in 10 known species in the world can be found in the Amazon rainforest. The region is home to about 2.5 million insect species, tens of thousands of plants, and thousands of birds and mammals. The stats are mind blowing and you can only really get an understanding of it when you take a walk through the jungle both during the day and especially at night.

Many areas in the jungle are difficult to get to and some are still unexplored. You can take boats to remote areas in the Amazon and stay in beautiful isolated resorts and eco-reserves in the jungle. The remoteness gives you more peace and quiet and a better chance to see wildlife. 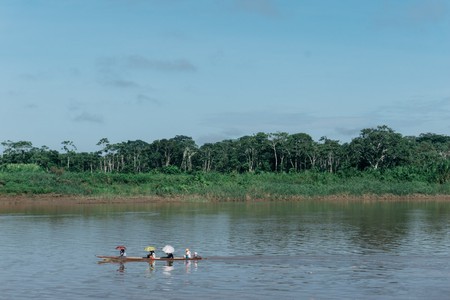 There are approximately 3,000 types of fruit that grow in the rainforest that are edible, and most of them you’ve never seen before. The fruits are odd looking—some are spiky and look like dragon eggs and others are pods in a vine—but they all taste delicious and unique. 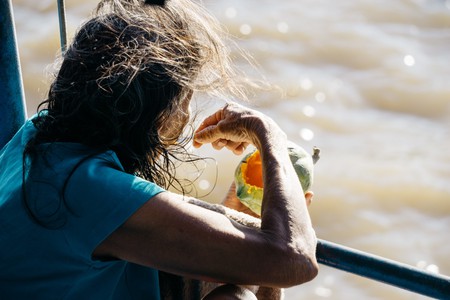 There are around 3,000 types of fruit native to the Amazon | © Mia Spingola / Culture Trip

The little villages that you find along the river or in the jungle are mostly untouched by more modern predilections and the people there keep to traditional ways of living and doing things, unlike in the larger cities in the Amazon. In these villages you’ll find medicine men, healers, shaman, and witch doctors. 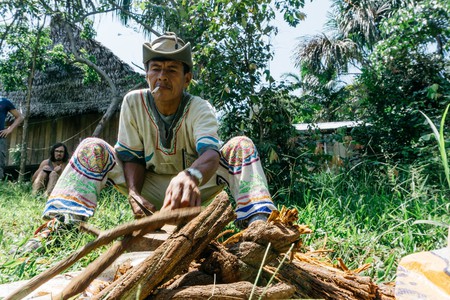 Getting around through the Amazon means that you’ll be taking boats along the river. You’ll be traveling little motorized canoes, cargo ships, luxury ships, and little speed boats. No matter which option you take, it’ll for sure be an adventure. 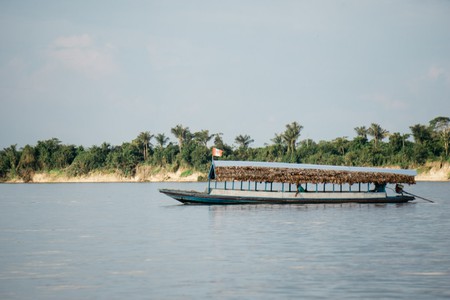 Flowing at a length of about 6,400 kilometers (nearly 4,000 miles), it is the second longest river in the world and the world’s largest river by volume. With such a stretch of water to explore, you’ll find pink dolphins, flesh-eating piranhas, and crocodiles. 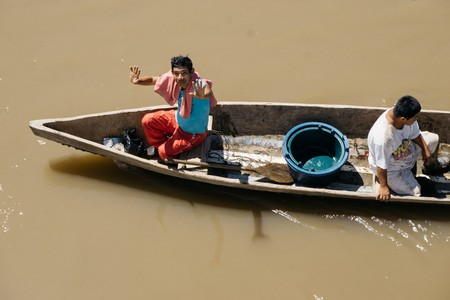 The largest river in the world by volume, there’s plenty to explore along the Amazon | © Mia Spingola / Culture Trip

Around 400–500 indigenous Amerindian tribes call the Amazon rainforest home, and it’s believed that about 50 of them have never had contact with the outside world. With such remoteness and isolation, the Amazon has areas and villages that keep true to generations of tradition. The way of life and customs the people of the Amazon practice are entirely unique and special. 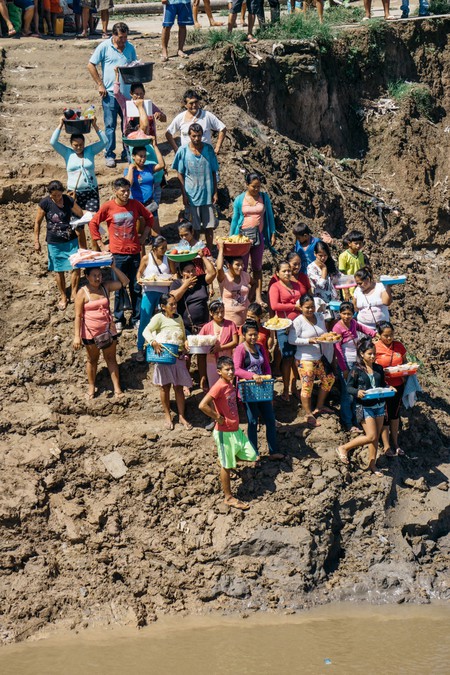 There’s nothing more beautiful than catching a setting sun on the Amazon river—you get the reflection of the sun on the water and the greens of the Amazon are enhanced and change colors as the sun disappears. 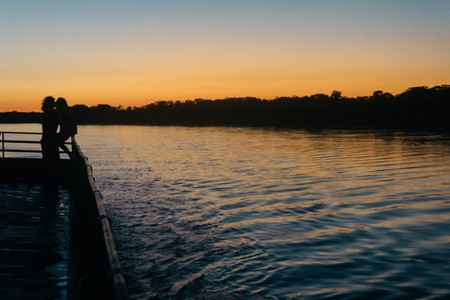 You may use the “sounds of the Amazon” to fall asleep to at night, but there’s nothing like actually hearing it live. The howls of the monkeys, the chirps and buzzing of the insects, and the singing of the birds makes any time of day or night a musical one in the Amazon.

Amazon natives use rainforest plants regularly, but 90 percent of the ones they use have not been studied by modern science. And with 40,000 plant species, there’s a reason why people who have given up on modern, Western medicine are flocking to the jungle for cures. 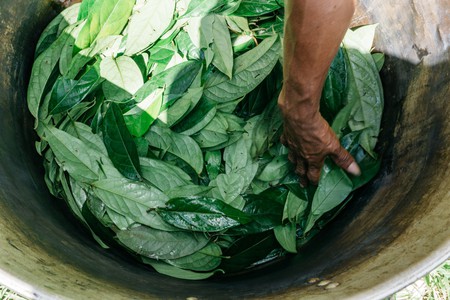 Among its 40,000 plant species are a myriad of natural remedies | © Mia Spingola / Culture Trip 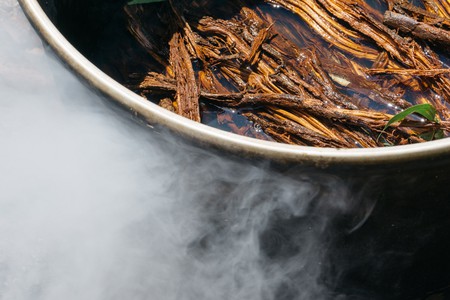 The Amazon rainforest is home to 205 of the world’s bird species, which includes colorful parrots and toucans. Take a bird watching tour through the jungle and catch glimpses of the most colorful birds you’ll ever see.

There are 2.5 million insect species native to the Amazon rainforest and a lot of them come out at night. You won’t be able to avoid them—no matter where you stay—so the best thing to do is embrace it. Turning on any lights at night is a nice way to do a meet and greet with your nearby bug neighbors. You’ll never experience bugs like this again.