13 Films You Must See Before Visiting Peru 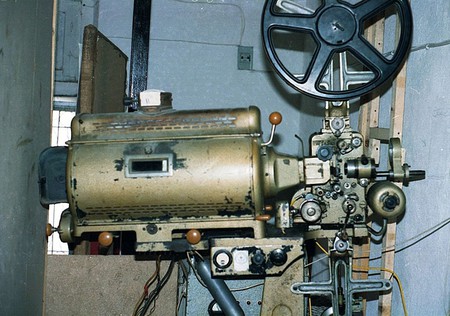 Here, Culture Trip presents the most nationally and internationally recognized Peruvian films, the most controversial and remembered, but especially those that served to bring up hard issues relating to Peruvian history in the last three decades. To know a little more about the past and present situation of the country, it is indispensable to see at least four of these 13 films before you travel to Peru.

This film is based on Mario Vargas Llosa’s first novel, The Time of the Hero (1963). This is the story of a cadet who witnesses a murder in his military school, a microcosm where hierarchy is marked by violence and loneliness. For this film, Francisco Lombardi was awarded as best director at the San Sebastian Festival in 1985.

Another film by Francisco Lombardi that generated lots of controversy because it was the first Peruvian film to deal with homosexual themes. It tells the story of a high-class young man who must hide his homosexuality from his conservative family – especially from his homophobic father – until he falls in love with a boy.

After winning the Best Film category at the 24th Guadalajara International Film Festival, director Claudia Llosa’s La Teta Asustada was nominated for an Oscar as best foreign film. This film addresses the problem of women who were abused in times of internal conflict, women like the protagonist’s mother who, after being violently raped, passes a strange disease to her daughter through her breast milk.

A young man named M is desperate to find a job, but he has nothing to back up his employment history. Faced with pressure from his girlfriend to change his lifestyle, plus the lack of decent work, he is tempted by friends to do a risky and illegal job. Great soundtrack by local bands and a realistic view into Peru’s urban lifestyle.

Based on a true story, La Boca del Lobo is one of the most important films of Peruvian cinema and considered the best of director Francisco Lombardi. Vitin Luna is a soldier based in Chuspi, a small village in the Andes, during times of internal conflict with terrorist militias. When a lieutenant arrives, he accuses the whole town of being terrorists and treacherous. Faced with an unjust and imminent retaliation ordered by the lieutenant, Vitin Luna debates whether to stand by his military duty or do the right thing.

During the 1980s, subversive groups of extreme left ideologies began to torment the Andean populations, annihilating anyone who didn’t collaborate with them. La Última Noticia is a thriller by the collective Grupo Chaski and directed by Alejandro Legaspi, about a radio journalist and a public school teacher in an Andean town where communist militia Shining Path suddenly appears and triggers a violent persecution.

This film by Grupo Chaski is another look at the life of the Andean migrants in Lima during the 1980s. Gregorio is a boy who has just arrived to the capital. In the face of his father’s illness, Gregorio is forced to work shoe-shining to provide for his family. When his father dies, he takes refuge in drugs and theft, incited by other street children. Thirty international awards later, Gregorio is a must-see film that reveals a crude reality still seen today.

Another novel of Mario Vargas Llosa that was adapted to the big screen by the celebrated director Francisco Lombardi. It tells the story of Pantaleón, an army captain whose mission is to alleviate sexual abstinence in soldiers based in the Amazon. For this, Pantaleón hires a group of sex workers. Among them is Olga Arellano – “La Colombiana” – who will end up involved in a sentimental relationship with Pantaleón.

At age 13, Juliana has become tired of the domestic violence at the hands of her stepfather and decides to run away from home. On the streets, she and her younger brother join a gang of children who sing on buses, but to be accepted, first she must cut her hair and become Julian. Soon, Julian ends up taking the reins of the group, becoming the leader and confronting Don Pedro, a child exploiter. The role of Juliana is wonderful, not only because she is a female child heroine, but also because through her story we learn about the hardships of street-children survival, with a message of hope in a marginalized society. This film is considered one of Grupo Chaski’s best.

Woven from three stories, this movie tells of the decadence of people trapped in their social condition, in their ideals and disturbances. Two elders have lost their land following an agrarian reform and their only dream is to recover their nobility by building a mausoleum. Meanwhile two children living in a landfill are forced to feed a pig they will sell to pay for their grandmother’s eye surgery (based on the the short story Los Gallinazos sin plumas by Julio Ramón Ribeyro). Finally, a lonely radio announcer falls in love with a woman who moves into his building and ends up saving her from committing suicide. It is yet another movie by Francisco Lombardi.

When Santiago returns to daily civilian life, he finds that he does not know how to behave as anything other than a soldier. Having spent a long time fighting drug trafficking, Santiago develops Post Traumatic Stress Disorder that will affect his desire to form a stable family in the face of the temptation to join his former comrades in a gang of criminals.

When the clash between Amazonian natives and the police in Bagua ended with 33 dead (10 natives and 23 policemen), former president Alan Garcia called the Amazonian indigenous people “second class citizens.” Meanwhile, tribes continued to block roads to prevent the exploitation of gas, oil and other minerals of international companies within their territory. When Two Worlds Collide is a documentary that has succeeded in reestablishing the dialogue around the Bagua massacre that occurred in 2009, from the point of view of indigenous resistance and that of the ministers who at that time ordered the police to clear the road at all costs. You can find When Two Worlds Collide available for streaming on Netflix

This comedy became the highest grossing film in the history of Peruvian cinema in 2014. It is a biopic of comic actor Carlos Alcántara, who played the role of a clown in a 90s’ series called Patacláun. Asu Mare tells Alcántara’s beginnings as growing up fatherless and in a poor community. But soon he finds his true gift in making people laugh, among them the girl he loves – a young woman from a wealthy family he’ll struggle to court. Also available for streaming on Netflix.