13 Awesome Native Animals You Must See in Peru 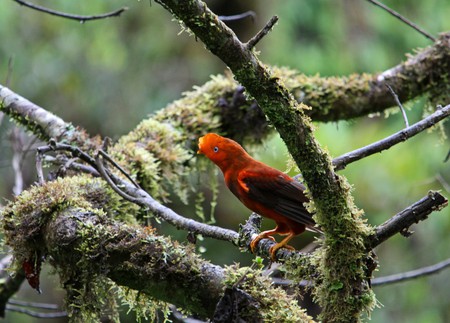 Peru is one of the most biodiverse countries in the world, offering animal lovers glimpses of some of the world’s rarest animals. With the Amazon rainforest and Andes so close, animal enthusiasts can take tours through the jungle and mountains to see these creatures in their natural habitats. Check out our guide to the animals that call Peru’s unique landscape home. There may even be some that you’ve never heard of before.

The condor is a scavenger and the world’s largest flying bird. The Andean condor lives in inaccessible rock ledges high in the Andes and is in danger of extinction. Spotting one in Peru is rare, but you’ll have the best chance in the Sacred Valley and Colca Canyon, which is near Arequipa. 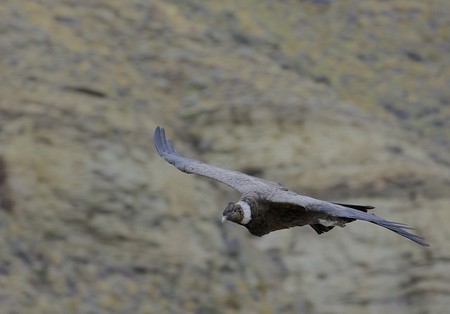 The anaconda is the largest snake in the world and can reach up to 10 m (33 ft) long and weigh up to 250 kg (550 lb). Anacondas live in trees in the Peruvian rainforest where it slips from the branches to attack its prey. They are also known to be found in rivers and ponds where the snakes may surprise unsuspecting prey.

The Peruvian national bird is found in tropical and subtropical rainforests close to rocky areas, where they build their nests. They are known for their bright red color and distinct plumage.

The Peruvian Inca Orchid is a line of, until recently, almost extinct hairless dogs that date back to pre-Columbian societies. Its origins are relatively unknown, but you can find the unmistakable image of the dog on pottery and art dating before the Incas in Peru. You’ll find them all over Peru and, trust me, you won’t miss them: they’re hard not to notice. 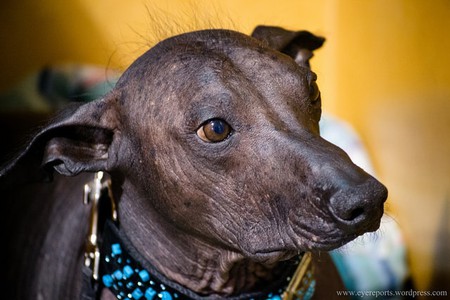 Viscachas live in the Andes and can be seen near Colca Canyon and Macchu Picchu. It is a small rodent in the same family as the Chinchilla (Chunchilla Lanigera) and are only found in Peru. They are usually gray in color with a bushy, long tail and look similar to rabbits, apart from their longer tails.

Spectacled bears are a relatively small bear species that get their name from the light colored rings around their eyes. The spectacled bear (or Andean bear) is the only species of bear in South America. Peru’s spectacled bears are most commonly found in high elevation forests and are becoming increasingly rare to see. 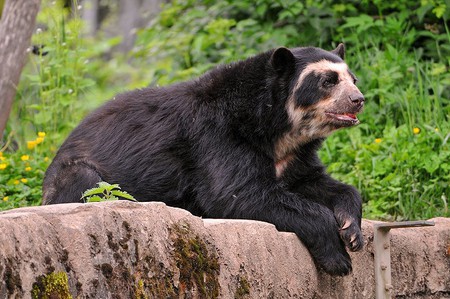 Take a jungle boat cruise through the Amazon. This opportunity will give you the chance to catch glimpses of rarely sighted jungle animals like the Amazonian pink dolphin. The large, fresh water dolphins really are pink, especially the adults, though some turn partially gray. They are the largest river dolphins on the planet and can weigh up to 400 pounds. They are known to be very friendly and oftentimes approach humans.

Only a short collectivo ride from Los Organos is the Nuro fisherman’s dock turned turtle swimming adventure. Here you’ll find one of a few species of sea turtle native to the Peruvian coast. If you do decide to swim with them, please do not touch the turtles. Touching them can remove a thick layer of mucus from their shell that protects them from diseases. 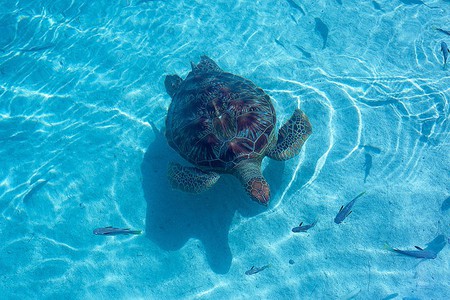 Llamas have become so synonymous with Peruvian culture that you can find some sort of llama trinket or stuffed animal anywhere in Peru. Llamas are also native to Chile, Bolivia, and Argentina, and were used both as food and as a pack animal by the Incas.

Alpacas are a domesticated species of South American camelid that look like a smaller, much cuter, llama. The animal is well known for their wool which is very warm and soft and found for sale all over Cusco.

Humpback whales come to the warmer waters of the north of Peru from August through October to give birth. From Mancora you can take tours to go see the whales and, if you’re lucky, see them jump from the water. Take a tour with Pacifico Adventures, which is the most reputable company in the area.

The jaguar is the largest cat in the Americas, reaching up to 2.70 m (9 ft). Jaguars historically ranged from the southeastern United States south to eastern Argentina. They quickly disappear from areas impacted by people and are listed as near threatened by conservation authorities. Your best chance to spot one in Peru would be deep in the jungle at a secluded hotel or resort away from any city or town. 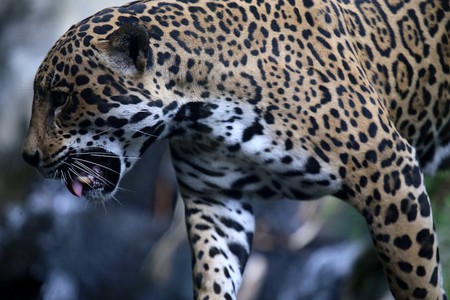 Vicuña is a South American camelid that lives in the high altitude areas of the Andes, known for its very fine wool. Vicuñas are cousins of llamas and were celebrated by the Incas for their wool. The wool is popular because of its softness and its ability to retain heat. Their coat is capable of keeping vicuñas warm in the sometimes freezing temperatures of the Andes.