11 Peruvian Photographers You Need to Know About 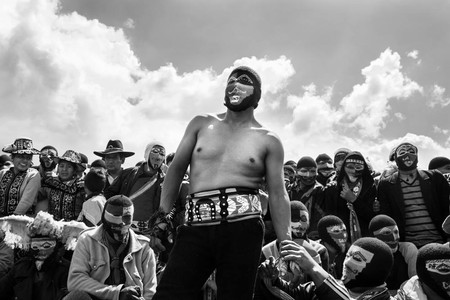 Photography has a long tradition in Peru. Ever since the first camera’s arrived in 1842, photographs have served as historic documents that preserve a window to Peruvian culture, traditions and to denounce social issues in the last two centuries. However, some of the most important photographers born in Peru were not always documentarians or photojournalists; photographers like Mario Testino explored the fields of fashion photography and became one of Vogue magazine’s most cherished contributors. Here’s a list of 11 Peruvian photographers you should check out.

The father of documentary photography in Peru, Martín Chambi was born in Puno in 1891 but moved to Arequipa in his youth after meeting two British photographers who were documenting a mining project. After learning about photography techniques, Chambi moved to Cusco and opened a studio where he made a living taking portraits of wealthy families. But Chambi had other interests: he wanted to photograph everyday life in Cusco and its surrounding areas. He saw something in people’s expressions and customs no one else could see. Thus, Chambi is considered a pioneer in documenting a rural side of Peru never seen before. His personal archive consisting of 30,000 photographic plates is still in Cusco under the care of his grandson, Teo Allain Chambi.

The fashion world is in love with Peruvian photographer Mario Testino. So is the British Royal family, Hollywood, and every other famous person that has posed for him. Testino has said he gets his artistic inspiration from the places that he’s lived in like Peru, Brazil and England. Testino’s work has been published in Vogue and Vanity Fair, and he has composed portraits of Princess Diana and other royals such as the King and Queen of Jordan and King and Queen of the Netherlands. In 2012, Testino inaugurated MATE, a contemporary art museum in Barranco where he has his permanent exhibition and other international exhibits.

Morgana Vargas Llosa – born in Barcelona but of Peruvian descent – began as a photojournalist for Spanish newspaper El País and soon got herself in the frontlines at Kosovo and Gaza. Morgana has co-published Mirame Lima, a photography book consisting of 50 portraits of families around the country that show Peru’s ethnic and cultural diversity to encourage integration and to let other Peruvians know themselves better. She is the daughter of Nobel Prize-winning writer Mario Vargas Llosa.

Herman Schwarz is a photojournalist with a long history of photo editing for Peru’s most important newspapers. Schwarz is known for photographing a whole generation of writers and journalists, as well doing full series of artists, like painter Victor Humareda’s bohemian lifestyle.

Although his real name is Marco, his nickname describes him best as a photojournalist: Atoq means fox in Quechua. He’s got the abilities of one. Somehow Ramón always manages to snap photographs in the most crucial times while undergoing immense danger to get the best frame. In fact Ramón was badly injured during a protest after a police officer shot a pellet into his left eye, leaving him under the threat of losing his vision. He is the co-founder of photography collective Maldeojo and Lacra magazine. 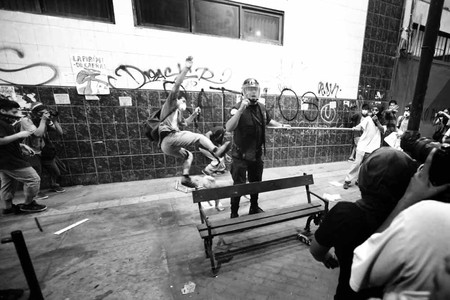 A world-renowned artist, Tubbeh is a documentary photographer whose work is often blurry, with a heavy contrast of colors but with a strong message hidden in the scenery or an expression; her art is more like a dream that sheds light into the human condition. She won an award at 2010’s World Press Photo contest for her series on the daily life of a 13-year old autistic kid.

Mariano Vivanco is a Peruvian fashion photographer who shoots for magazines like GQ and Vogue. Vivanco has an interest in exploring the idea of masculinity in his work. You can see three of his photographs at the National Portrait Gallery in London. He’s shot celebrities like Rihanna, Lionel Messi and Naomi Campbell.

Rochi León has taken her documentary photography all around the world to show portraits of Peruvians in their everyday life and the spaces (some very artsy) they’ve created. A straightforward approach to the souls of the country. 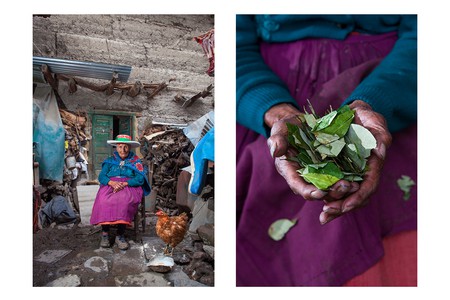 It seems like Morfi Jiménez set about adding to Martín Chambi’s legacy. His portrait series of Andean people in remote villages got him a Hasselblad Masters award. The subjects he chooses to photograph are often wearing traditional clothing and are somehow interacting with their surroundings or perhaps other people in the frame. What best highlights his work is the coloring effect on most of them, making a hybrid between an old analog feel and a high tech camera quality image.

Sharon Castellanos has said her documentary photography of communities in Cusco is a kind of surrealism. A lone hat suspended in the air with the infinite grassland as a backdrop, or men dancing around a pond in the middle of nowhere are some of the scenes she’s frozen in beautiful black and white photographs that were featured in the New York Times Lens blog.

Although Danielle Villasana was not born in Peru, her long term projects in the country has won her a spot in this post as an “honorary Peruvian”. Villasana has worked on documenting the lives of trans women who often face violence and physical abuse because of their gender. Villasana, who usually picks strong visual stories that explain social issues around women or the trans community, also did a series on Peruvians who had tuberculosis, documenting their everyday struggle. She was selected as an emerging talent by Getty Images, and won first place for the Magnum Foundation’s Inge Morath Award. Her website features her best work from all around the world.