Arequipa | © LoggaWiggler / Pixabay
Arequipa, also called the White City, is one of the best places on Earth for volcano spotting. The city is dominated by the perfect cone of El Misti, but this is by no means the only volcano in the area. Read on to discover some interesting facts about the magnificent volcanoes that surround Peru’s second-largest city.
El Misti © LoggaWiggler / Pixabay

Coropuna, at 21,079 feet (6,425 meters), is Peru’s highest volcano, and has been active for almost five million years. It is also home to the highest irrigation system in the world, built by the Incas. It is also home to the second-largest tropical ice cap in the world, but it is predicted that it will have disappeared by 2045 as a result of rising global temperatures.

Nestled behind its neighbour Coropuna, Solimana Volcano is the third-highest volcano in Peru, but it is now merely a bystander, as it retired from erupting around 300,000 to 500,000 years ago.

Ampato, the second-largest volcano in Peru, is one of only two volcanoes in the country that are over 20,000 feet (6,096 meters) high. This was the resting place of one of the famous characters in Arequipa history, “Juanita the Ice Maiden.” Discovered in 1995, Juanita was believed to have been around 12–15 years old. She was killed by a blunt trauma to the head as a sacrifice to the gods around 500 years ago.

Hualca-Hualca, which completes the northern tip of the trio of volcanoes that includes Ampato to the south and Sabancaya in the middle, is worshipped by the local people, who believe that their ancestors came from the volcano itself.

Another volcano with religious significance, Chachani was believed to have the power to choose the gender of newborn children. There was an Inca temple at its summit until it was looted and damaged near the end of the 19th century. Some of the findings in the temple included a skeleton, which gave rise to the theory that it was another location of human sacrifices in ancient times.

The most famous volcano in the area is also the most visible. From almost any open space in Arequipa, you will get a view of El Misti standing alone in the distance. The volcano has played a large role in the construction of the White City, as a strong volcanic rock called sillar was used to construct many of the white buildings in town. 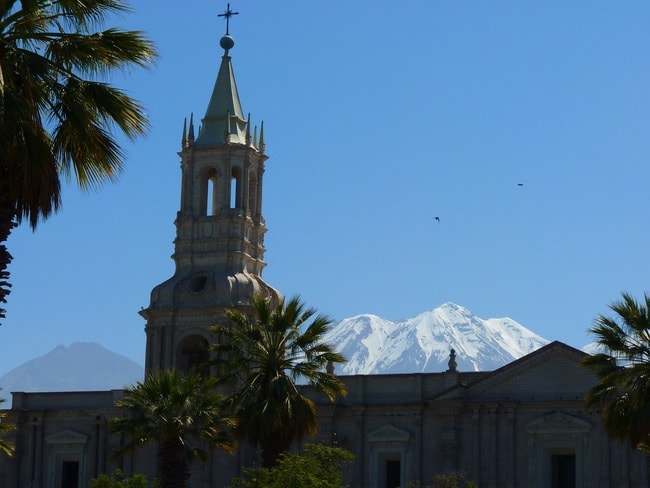 Sabancaya plays piggy in the middle in the volcanic trio between Ampato and Hualca-Hualca. It is the smallest of the three but possibly the most aggressive. Sabancaya is a Quechua word meaning “tongue of fire,” and refers to the volcano’s consistent fiery eruptions. As Sabancaya is a snowcapped volcano, a large eruption could cause a lahar or mudflow of debris to run through the basin of the Siguas River, and this is a well-known threat to the lives and lifestyles of the roughly 60,000 people living in the towns along the river’s edge.

Standing alongside the Salinas salt lagoons, Ubinas allows you to kill two birds with one stone: you can visit the lagoon and conquer a volcano all in one day. Ubinas slumbered for four decades until April 2006, when Peru announced a state of emergency for the neighbouring towns as it awoke and erupted again.

Pichu-Pichu (the name coming from the Quechua word pikchu that describes a pyramid-like structure) is believed to have been a sort of burial ground. The Wari people believed that the activity from volcanoes was a sign that they were of religious importance, and so sacrifices were carried out here. A total of three mummified bodies have been found on top of Pichu-Pichu. 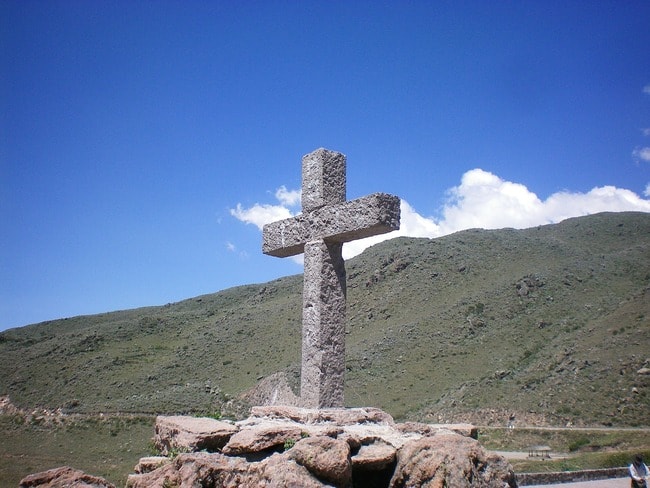 Mismi, not Misti, is a mountain peak of volcanic origin that holds great geographical significance, as one of its glacial streams has been proven to be the most distance source of the famous Amazon River. It flows into two streams, the Apachita and Carhuasanta, which in turn connects to a series of tributaries that empty into the Marañón, which connects and helps form the Amazon.