10 Incredible Things to See and Do in Sacred Valley, Peru 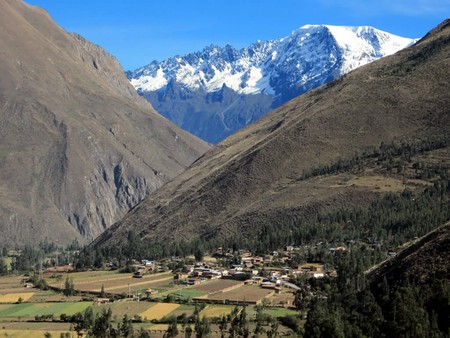 The Sacred Valley of the Incas is timeless, simultaneously working hard to protect its heritage whilst promoting its native culture. Since the beginning of the Inca empire, the valley has been a key region in terms of agricultural experimentation. Currently, the area serves as a popular tourist hotspot, offering a glimpse into Peruvian history and allowing travellers to explore Inca fortresses that are just as spectacular as Machu Picchu. From Inca citadels to mountainside hotels, we bring you a comprehensive guide to this unforgettable region in Peru.

This town is home of the Inca fortress where Manco Inca Yupanqui fought Spanish colonizers in 1537. Visiting the fortress of Ollantaytambo means climbing its more than 200 steps up to a ceremonial center from where you can see the immensity of the Sacred Valley. It is the best preserved Inca citadel in its original form despite having not been finished. The town of Ollantaytambo is a landmark where the Inca trail begins to the citadel of Machu Picchu. 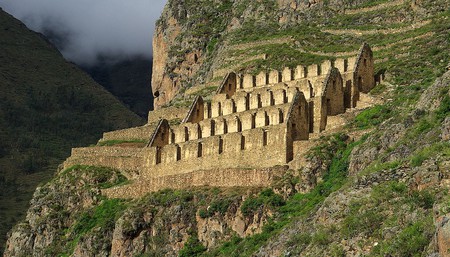 One of the first towns on the Sacred Valley route is Pisac. In this town of artisans (in which metalworking stands out), a millenary custom is practiced: trueque, or bartering occurs every Sunday, as well as its popular Catholic mass in Quechua. But the most important landmark in Pisac is in its heights. The citadel of Pisac, contemporary to Machu Picchu, is an archaeological complex where you can find the largest pre-Hispanic cemetery in the Americas. The Inca agricultural terraces that descend the mountain are called andenes and are still used today. Pisac is one of the most important archeological sites in Peru.

If colorful Andean textiles catch your eye, a visit to Chinchero means going into the heart of this art. Chinchero is a town at 12,342 feet above sea level. There you will find a Quechua community that weaves using an ancient textile art with a thoroughness that they could only have inherited from the Incas. There are tours that show you the process to make and dye blankets and garments. It’s recommended you visit the old square and the baroque style colonial church to understand how the Inca and Spanish cultures mixed together. 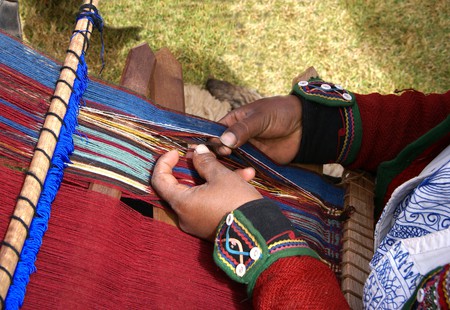 If you want to push your experience in the Sacred Valley of the Incas, there is a hotel suspended in the air for the more intrepid explorer. The Skylodge Adventure Suites of Natura Vive are actually a set of capsules where a maximum of 12 people can stay a night or visit for lunch, all at 1,312 feet above the valley. To get to Skylodge Adventure Suites you need to climb a mountain via ferrata or by zip-lining. You need to book your stay or lunch at least two months in advance. 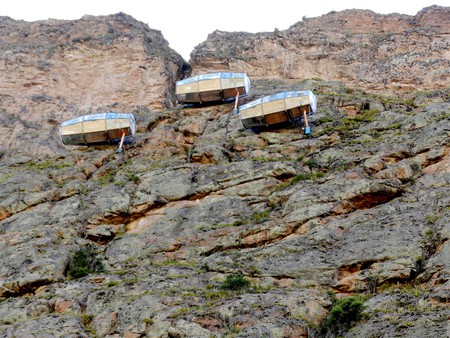 Fill your water bottles at Tambomachay

Tambomachay was an Inca place for storage and, above all, a place where the water was worshiped. Here, the Inca bathed, taking away the impurities of the mundane; it was his “spa”. Although the translation of Tambomachay into Spanish reveals that it could’ve been a military post, we can still see how water continues to travel through its canals and aqueducts. You’ll see that the Incas made two waterfalls out of one, and how, by putting a bottle of water in each waterfall, both fill up equally at the same time. That’s perfection. A visit to the hot springs nearby is a must. 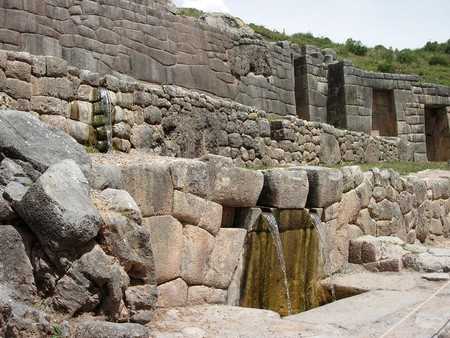 The Incas’ technology will never cease to amaze the world. In Moray, an archaeological complex dedicated to agriculture, it is believed that the Incas built a laboratory to domesticate the plants that came from other parts of the empire. Its circular terraces reveal something spectacular: there is more moisture in the terraces below than in the upper ones, demonstrating several microclimates that are essential for growing plants from other regions and climates. 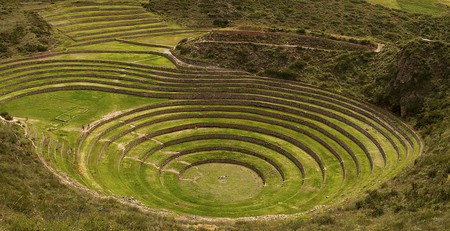 Other Inca infrastructures that are still used by the people of the Sacred Valley are the Salinas de Maras, or salt ponds of Maras. Here, each local family owns at least one of the 3,000 ponds built on a mountainside in the time of the Tahuantinsuyo (Inca empire). The salt accumulates in the pools until the sun evaporates the water and the salt is ready to collect. Depending on the stage of evaporation, the ponds can look red or white, looking like an ancient city in itself on the side of the mountain. 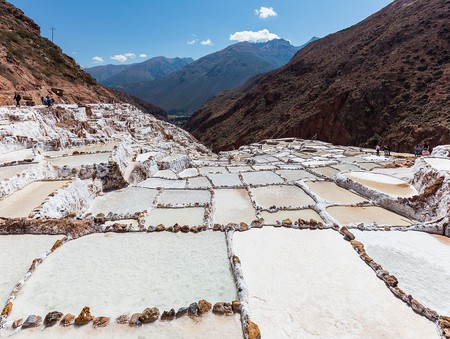 In the Sacred Valley there is tourism for all types of travelers. For example, if you are looking for the extreme adventure, you can do rafting or kayaking in the Vilcabamba-Urubamba river where you will find rapids up to class IV. The Incas considered the Sacred Valley’s river Vilcabamba-Urubamba to be the mirror image of the Milky Way. To sail its water should feel off this planet. 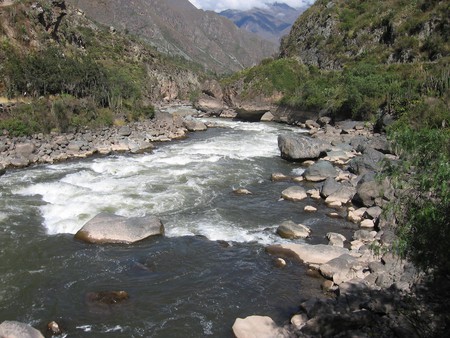 It means “Little Cusco.” In this archaeological complex are the vestiges of a citadel as important as Ollantaytambo and Pisac. It was Inca Wiracocha’s favorite estate from where he could continue to govern. One must walk almost half a day to reach Huchuy Qosqo, a place that looks like it was once a majestic Inca palace. 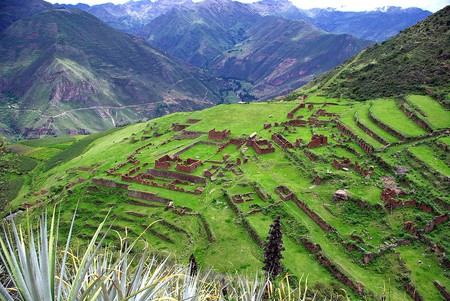 Qenqo is one of the most intriguing and intricate archeological sites in the Sacred Valley. The different interpretations of the place indicate that it was an amphitheater, an astronomical center, an underground chamber for secret rites and a mortuary hall. It’s believed to have been a place of worship to the Sun and the Pachamama, Quechua for Mother Earth. 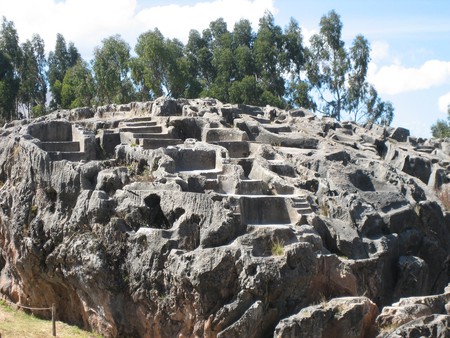